Praxis is pleased to present Time, Space and Change: Taking Sanctuary in Nature, a solo exhibition by Brenda Perry-Herrera (b. Juarez, Mexico, 1978). The exhibition will be open from November 18th until January 15th 2022.

This exhibition includes Brenda Perry-Herrera’s latest body of work, created during a time of isolation as a result of both the quarantine and the birth of her child. Perry-Herrera continued with her featured experimentation of traditional photography techniques, like mixed media cyanotypes on paper and peep boxes with pinhole camera images.

A true advocate of environmental issues, her new pieces reflect on the uncertainty of climate change and the biological changes that it conveys in humanity and the world, as we have forgotten and neglected the nourishment that nature provides. The textures and tones on her cyanotypes on paper resemble that of molecular photography, and the choice of beeswax acts as a “preserving agent” to the unpredictable unraveling of the world around us. Her notorious brush strokes reveal the human element in an otherwise “mechanical” technique -as photography was traditionally regarded in it’s origins-. This conjunction between the artist’s hand and the photographic medium suggests a twofold gesture in which both machinery and nature intervene. This artisanal component of Perry-Herrera’s work is simultaneously intertwined with a chemical process over which the artist has partial control. Chance is thus introduced as an active factor of this body of work, intrinsic to the artist’s technique. On a metaphorical level, Perry-Herrera’s cyanotypes speak about the overwhelming presence of man in the environment in present times. In a nostalgic manner, however, they also introduce the viewer to methods traditionally used in the Nineteenth Century, that require a slower pace and the sun’s intervention for its production. 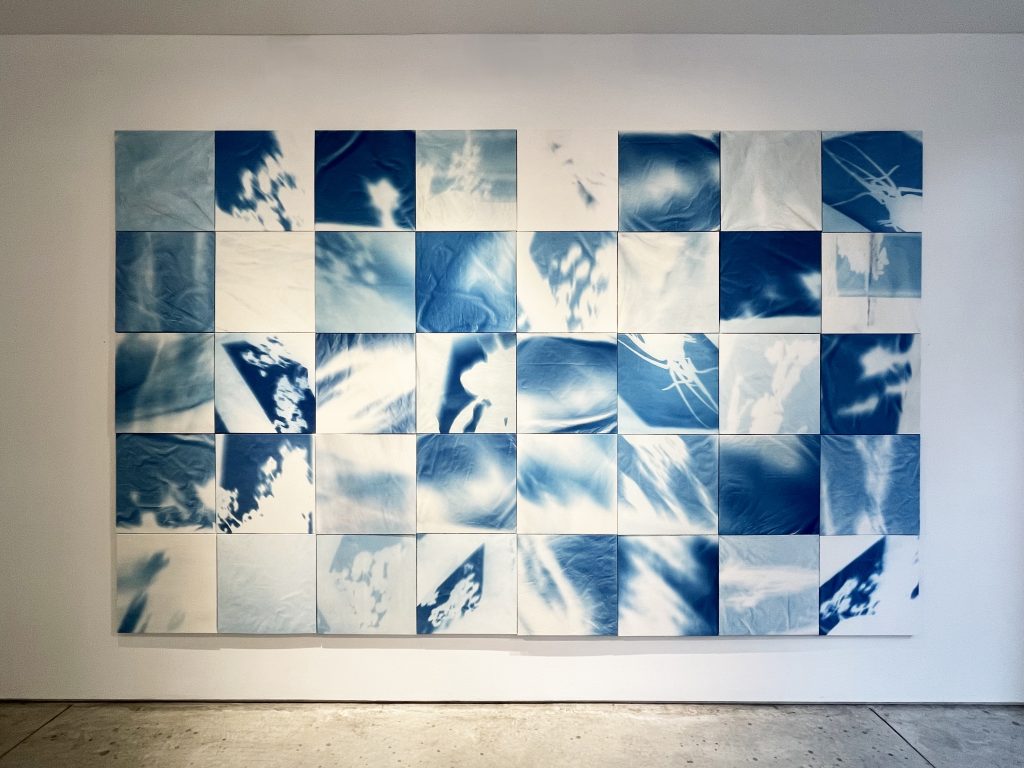 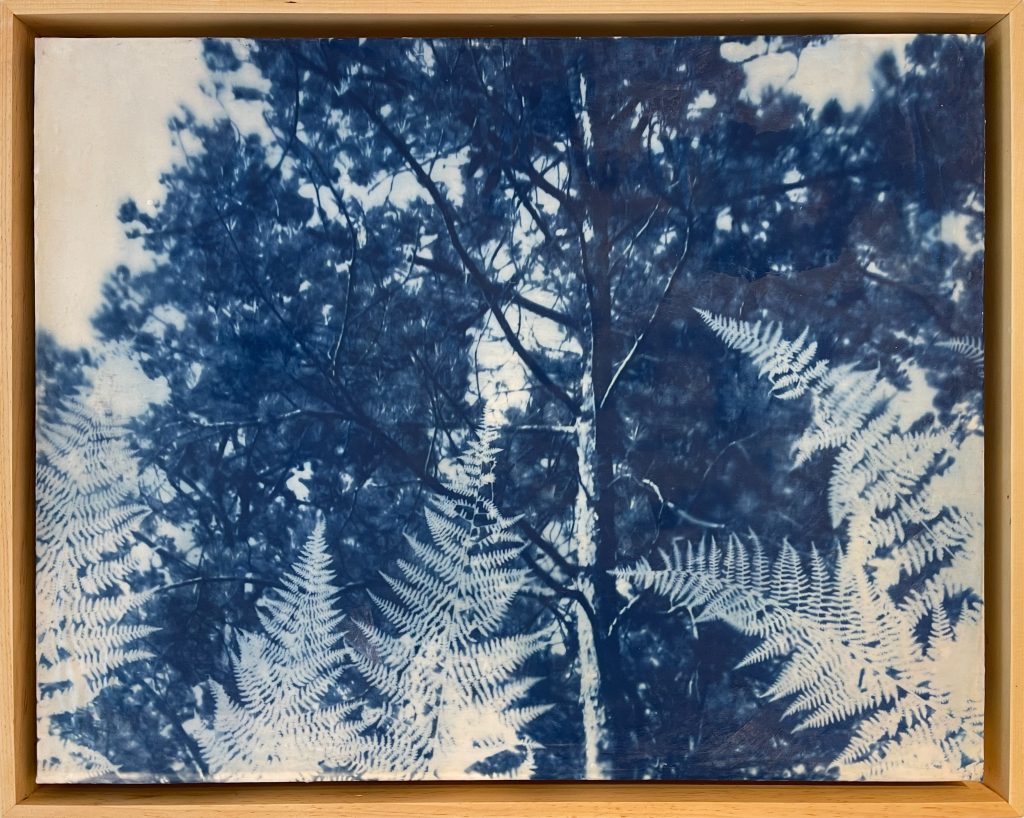 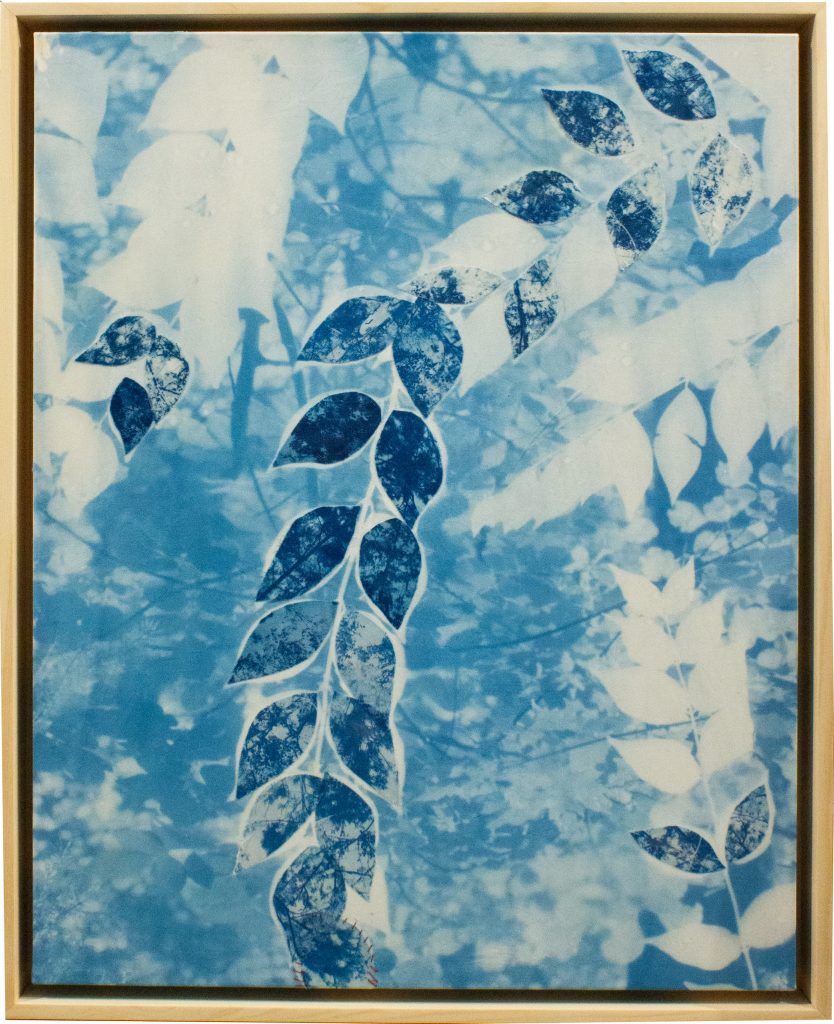 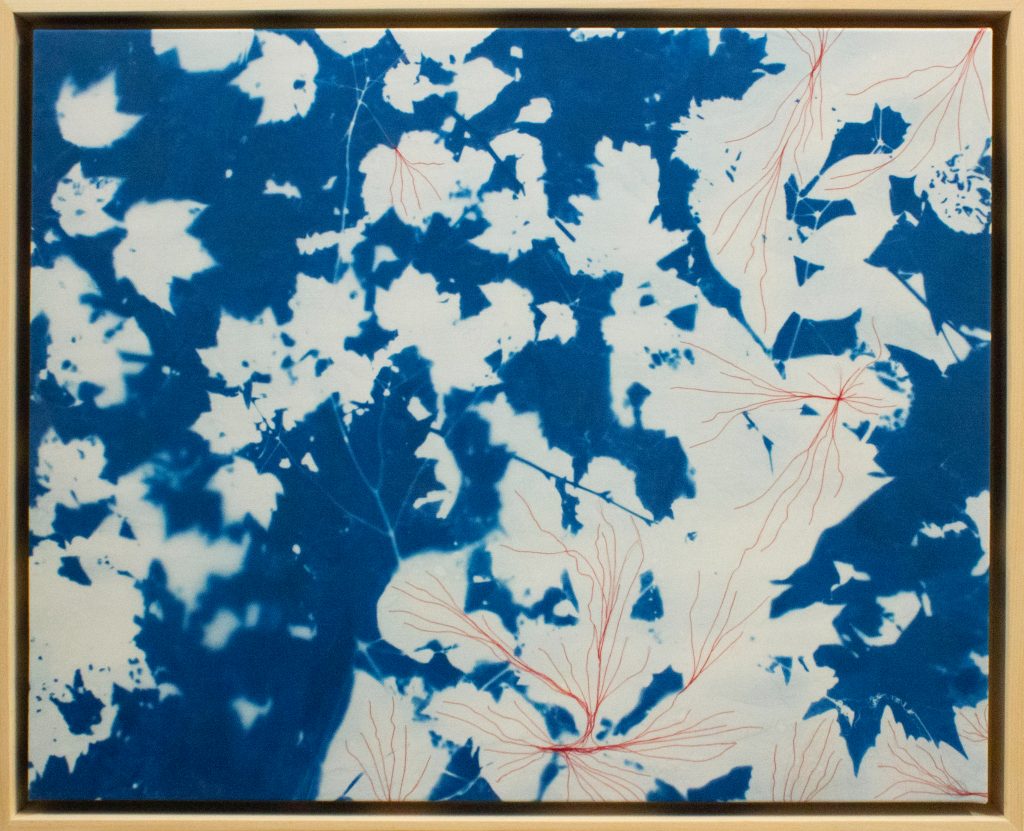 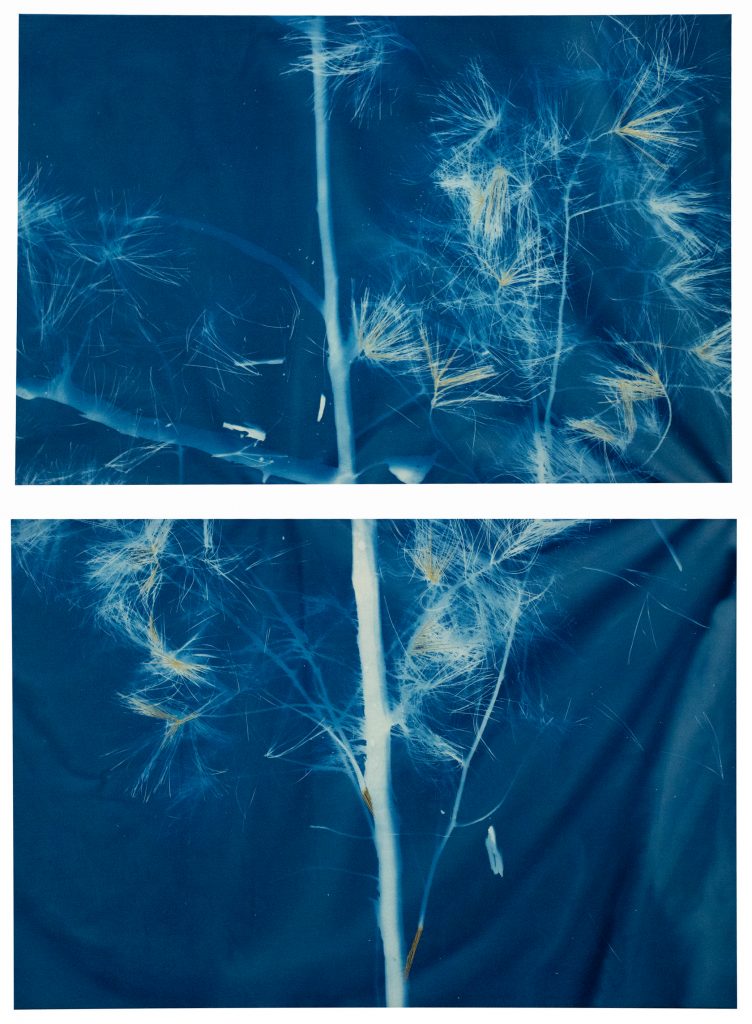 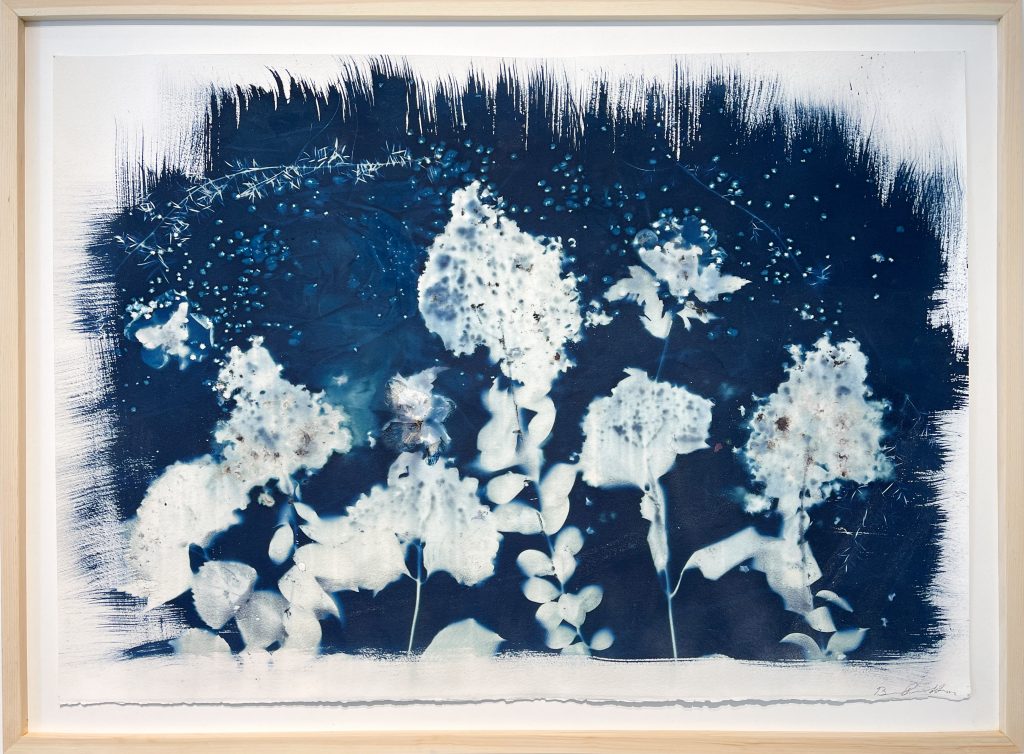 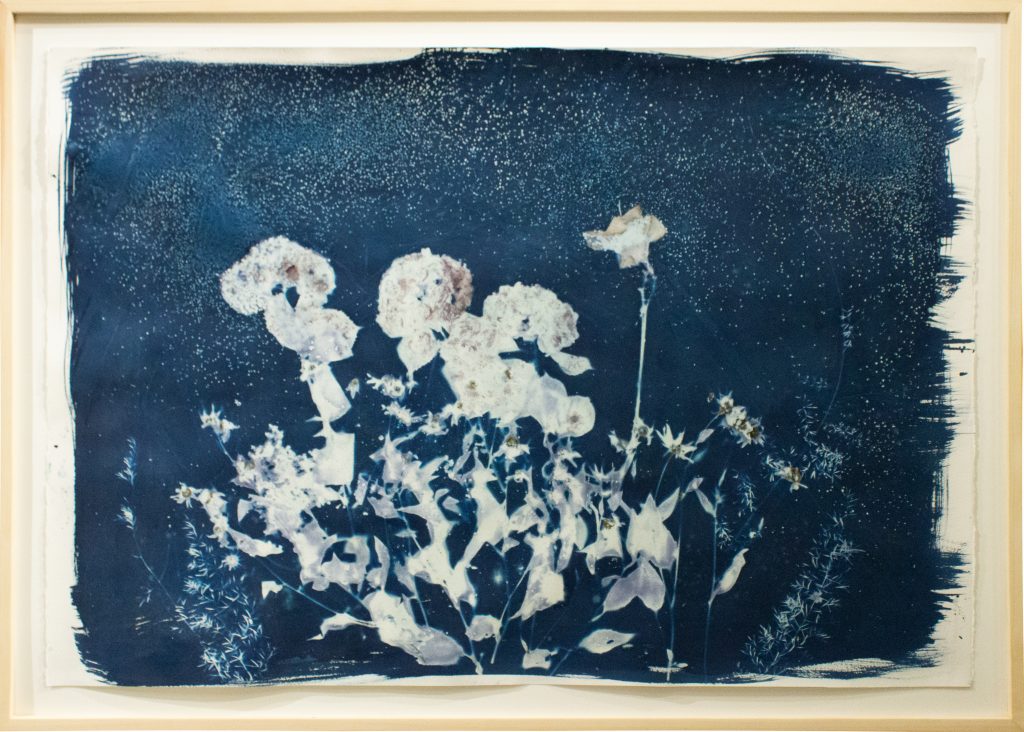 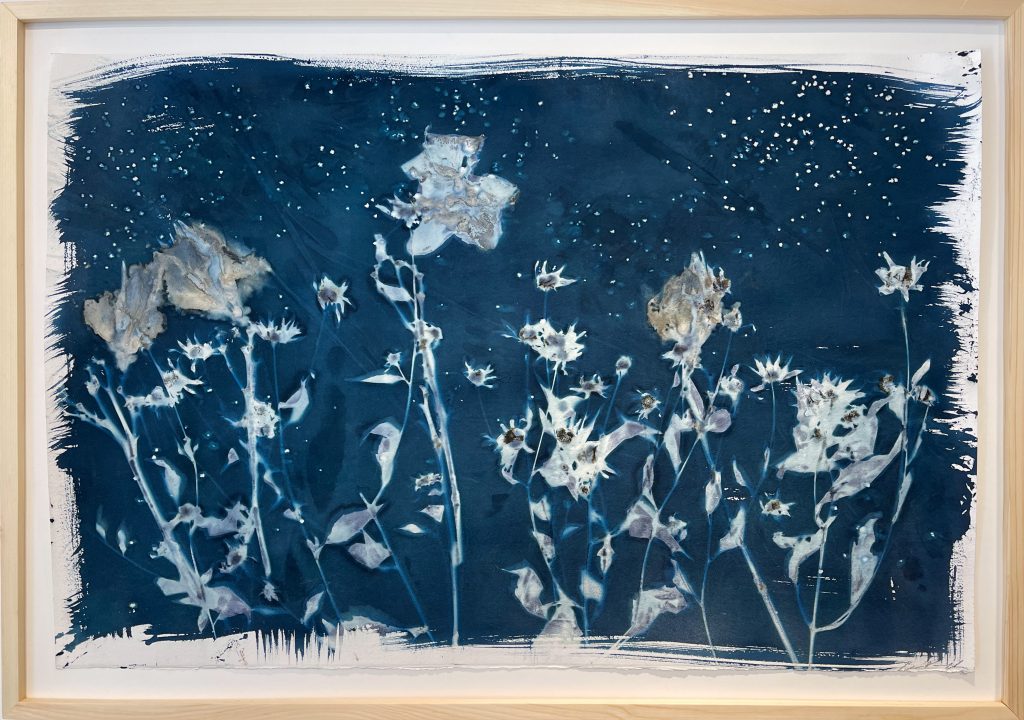 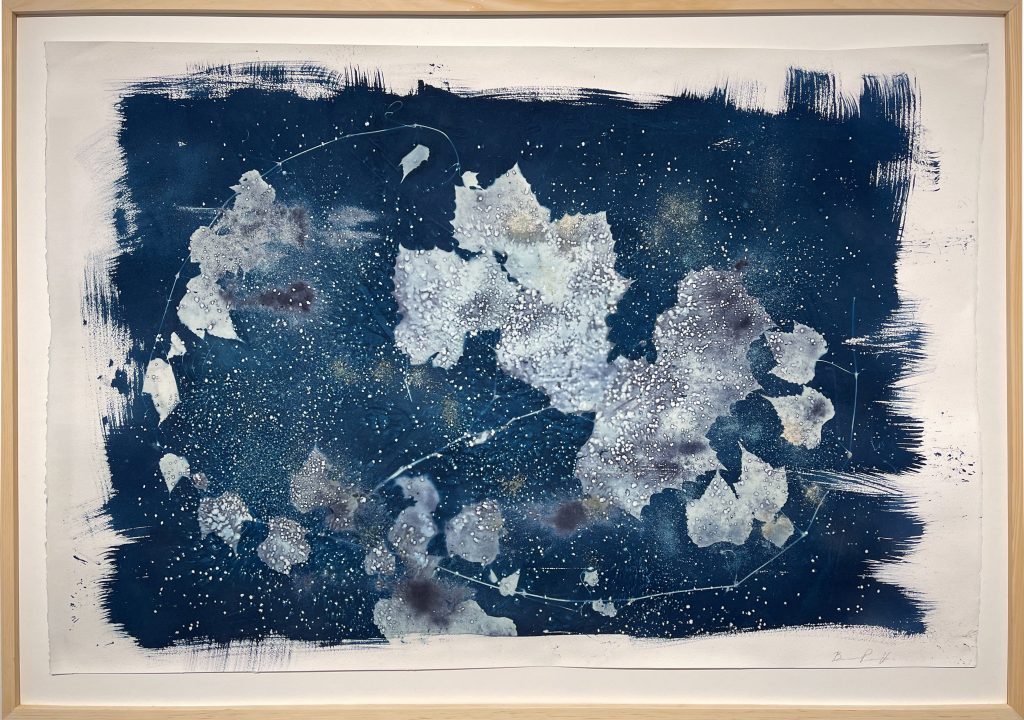 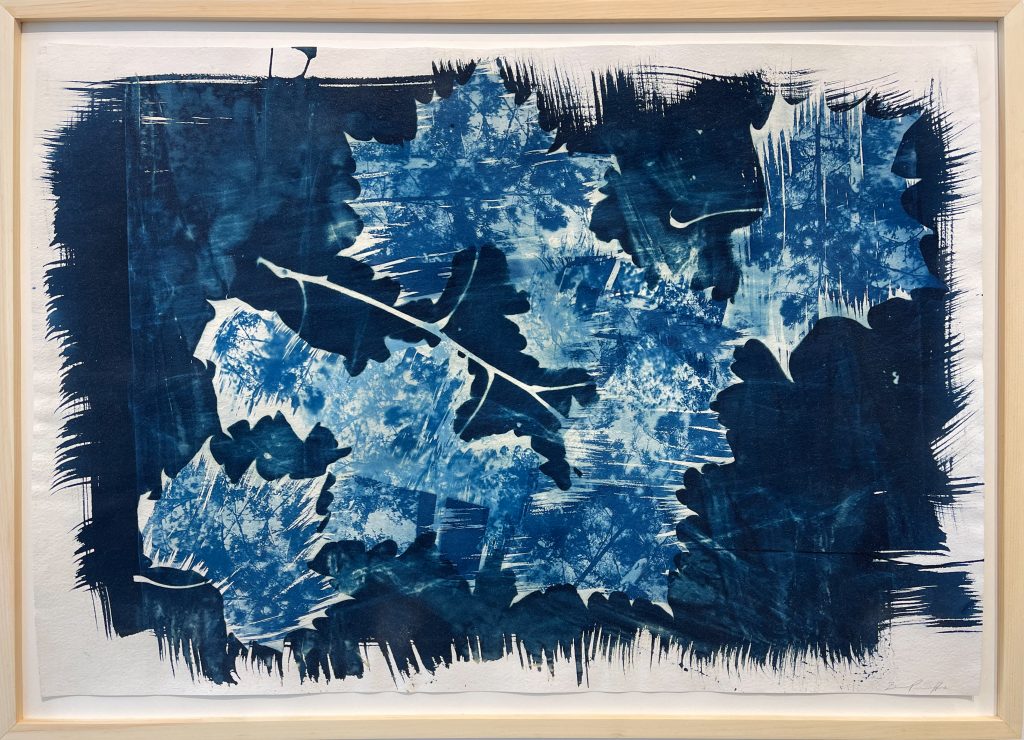 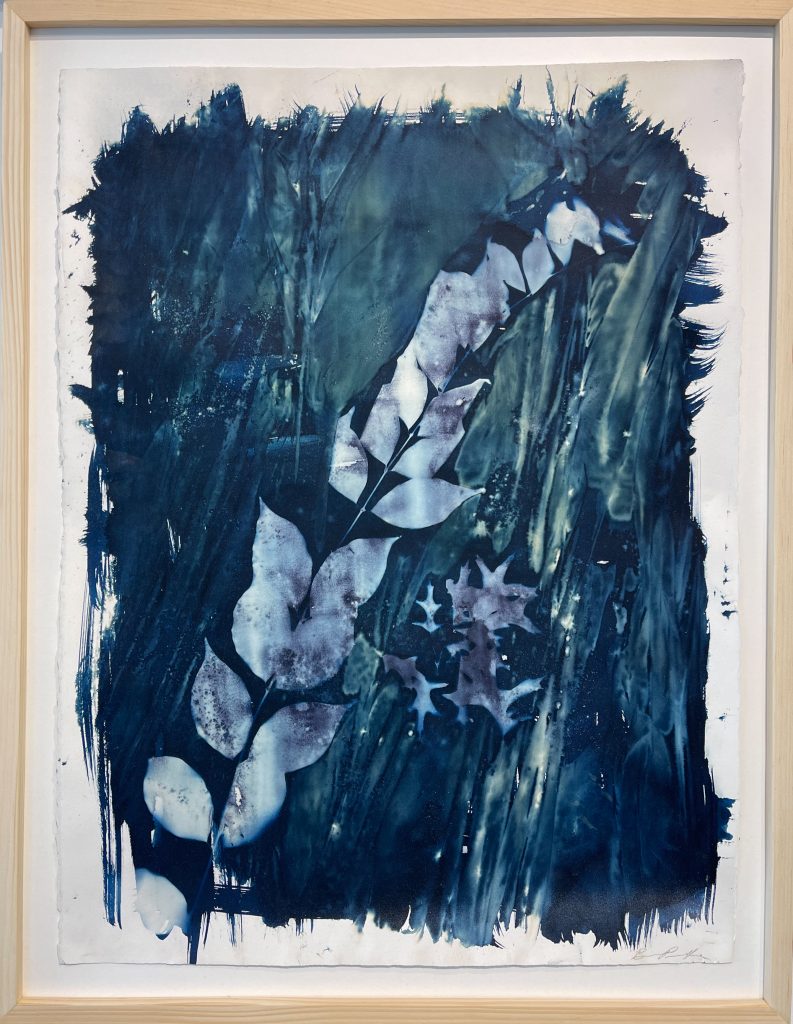 Brenda Perry-Herrera (b. Juarez, Mexico, 1978) is an artist who emigrated from Mexico at the age of three and grew up in the U.S. – Mexican border region of west Texas. Her work often explores themes of social and ecological relevance. In multiple projects, the artist has undertaken the roles of researcher, airplane pilot, programmer, scientist, educator, and mother.  Perry-Herrera holds a Bachelor of Art degree from Columbia College, a Master of Art degree in Art Education from University of Texas El Paso, and a Master of Fine Art from School of Visual Arts. She has exhibited nationally and internationally at institutions such as BRIC, McKinney Avenue Contemporary, New York Hall of Science, El Paso Museum of Art, and Museo de Arte de Ciudad Juárez. She has also been the recipient of numerous awards and fellowships, such as En Foco Photography Fellowship Award. Her work has been acquired by various private and public collections. The artist now lives and works in the DC area with her family.