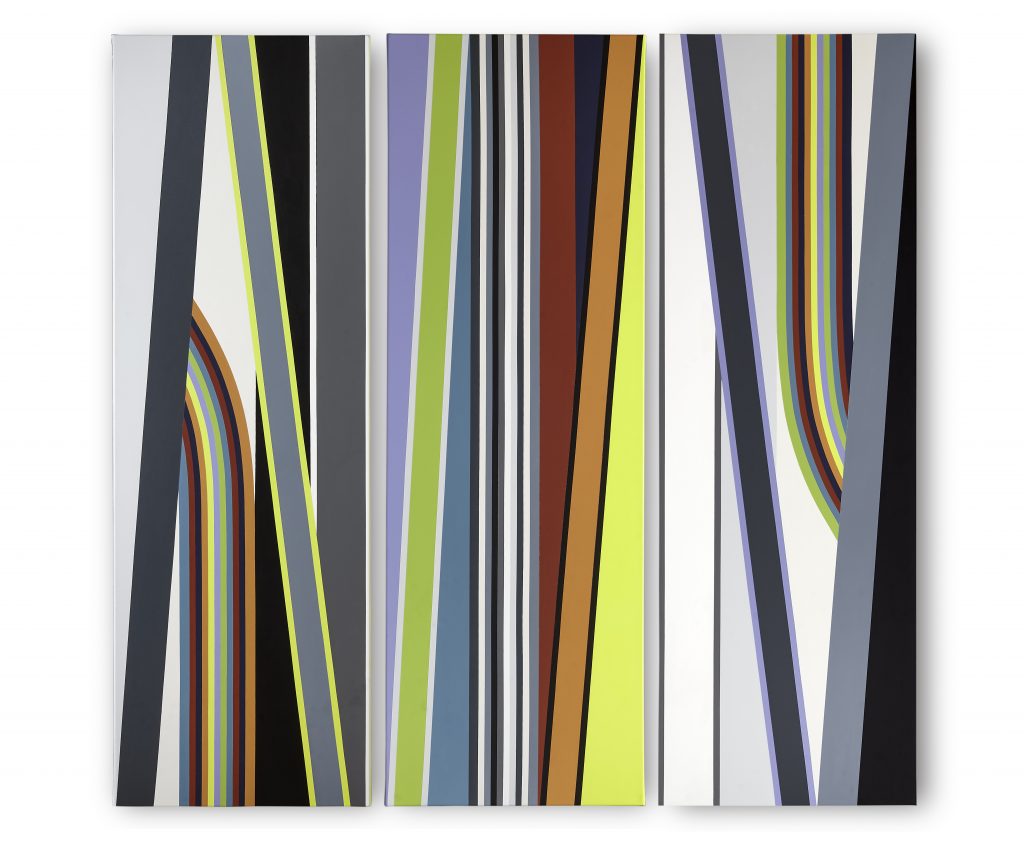 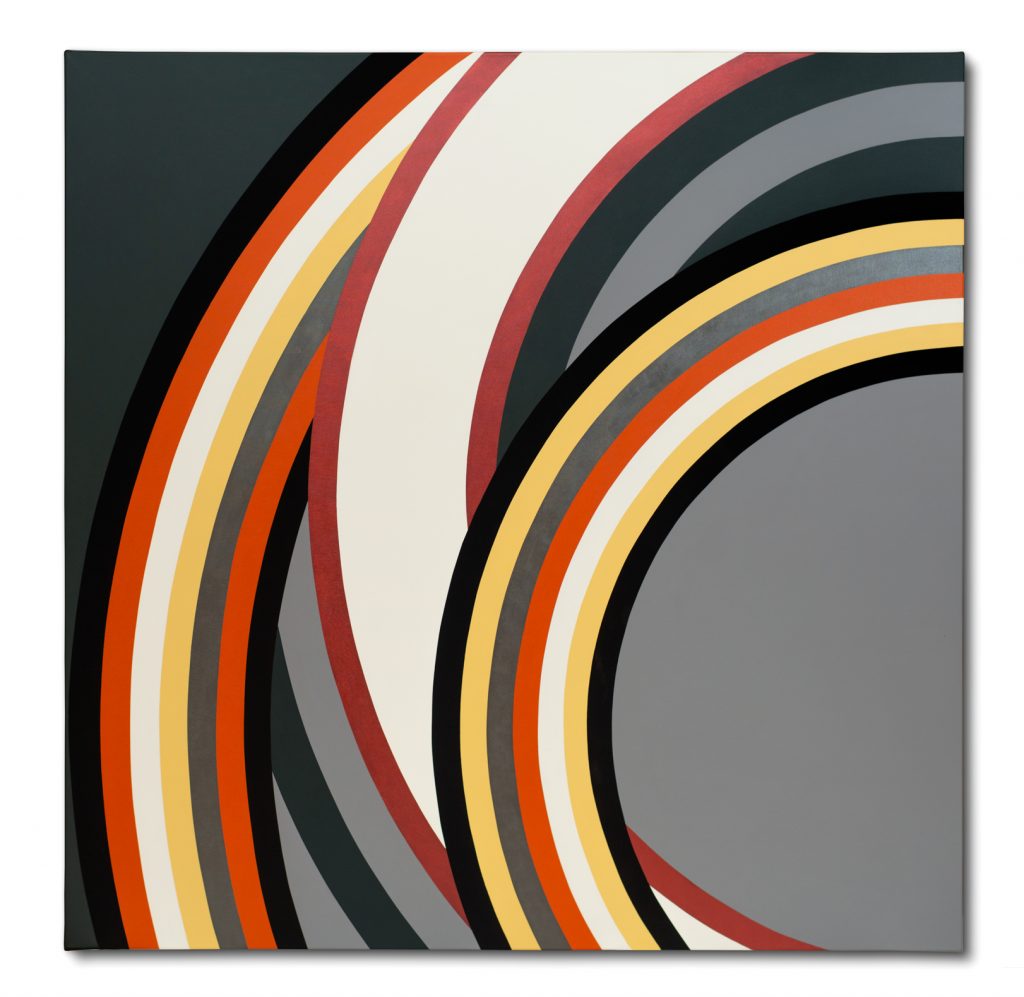 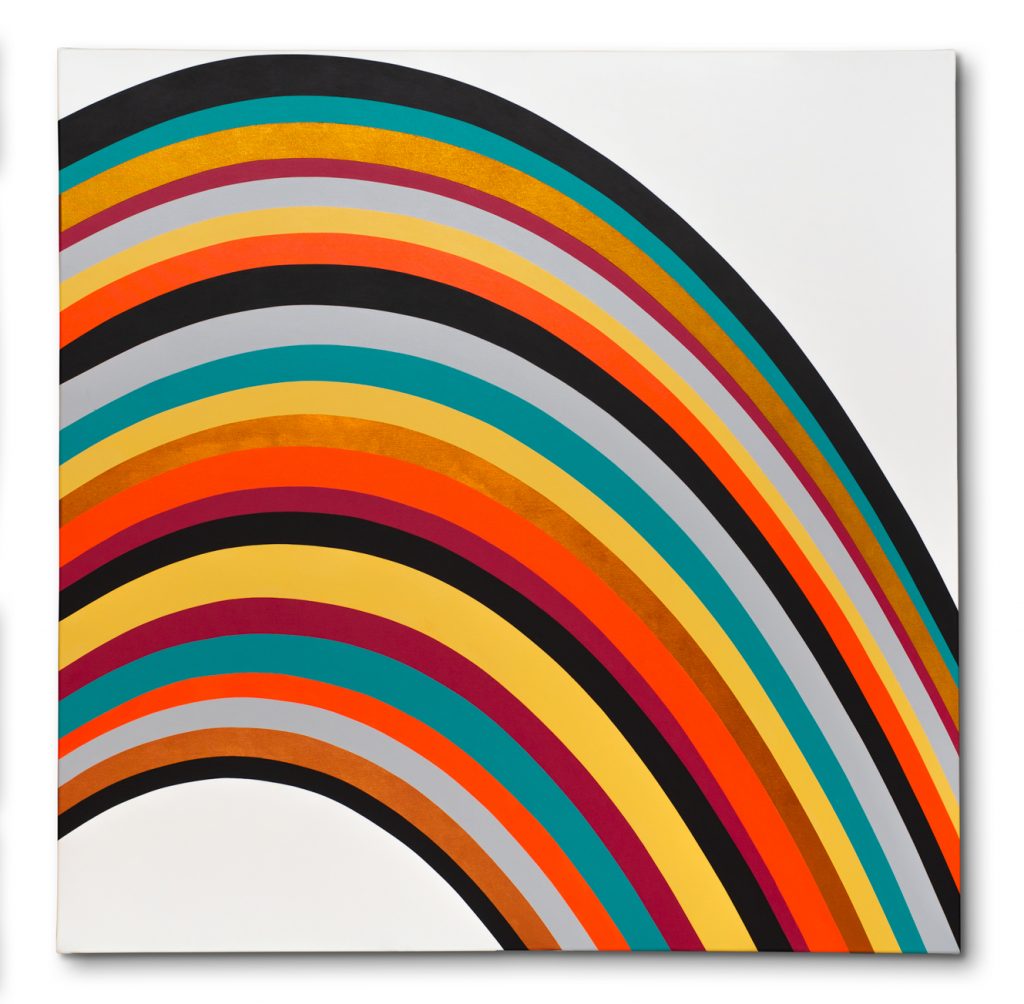 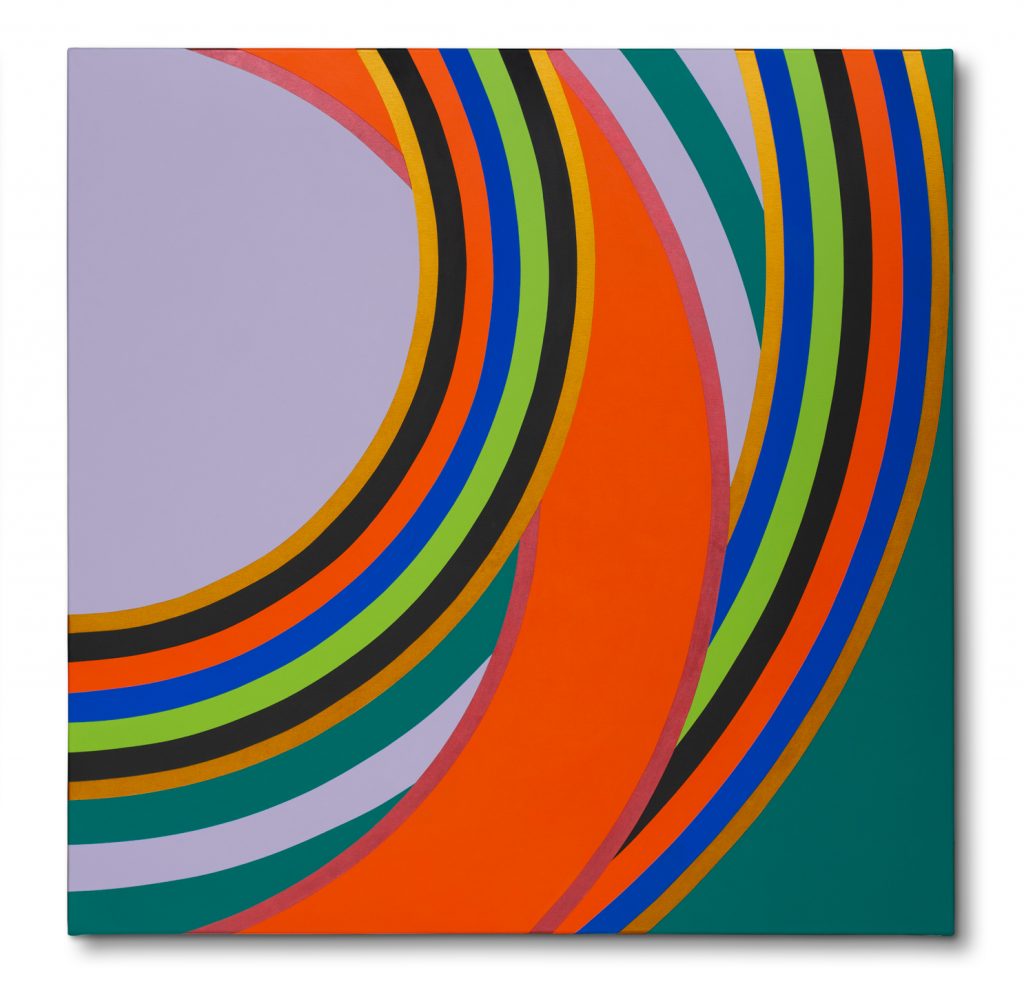 “Those who know Alejandra Barreda’s creative path and have had the opportunity to see works that belong to the beginning of her career, have been able to confirm to what extent space is a fundamental and constitutive element of her reflection, of her inventiveness. As the years went by, her conceptual path developed progressively towards a sophisticated language that never overlooked the visual, tactile and artistic qualities that are indispensable, in principle, to any work of art.

On her recent paintings, the choice of tones is sometimes unexpected, oscillating between some reminiscences of the natural world while others refer to the urban world, or could then, in the same way, allude to our visual artistic legacy. The dynamic of the lines responds to a will to expand; their structure, their organization (the term “composition” would not be appropriate here) is designed to evoke, not directly but rather by the principle of reminiscence or transposition, the external world and its space. This is part of Barreda’s paintings, but transposed, elaborated in works that invite the viewer to a contemplation in itself.

These works are the culmination of a long-term plastic research; the systematic use of vertical bands -sometimes straight, sometimes curved- avoids any effect of depth; they create a continuity, an expanding space, a plurality of angles of vision. The recourse to the series allows the gaze, faced with a succession of canvases, not to converge on a fixed point. Consequently, the concrete reality of the “environment”, of the wall, becomes more present.

Alejandra Barreda is part of the century-old tradition of geometric abstraction, which has integrated both the artistic and intellectual currents of Europeans and the sometimes more sensual or emotional approaches of artists from the New Continent. She has been interested, among others, in the art and the particular problematic of the French artist Daniel Buren – realizations that make the real space a fundamental datum of the investigation about the relationship between the work, its place of exhibition and the viewer’s gaze.

Barreda’s painting could be defined, rather than by the term “sensitive geometry” – used by critics more or less recently – by that of “prospective geometry”, that is to say a (geometric) art that tends, each time, to explore the pictorial space understood also as a significant space that includes, in addition, a metaphorical dimension.”

“I work within the framework of geometric abstraction, and I investigate the web of connections between painting and the spatial context. Each project is inseparable from the specific space in which it is inserted in each case. The same work can be displayed in multiple different ways, sometimes exploring untypical parts of the wall. I often work in series and with a multiplicity of canvases, which prevents the gaze from converging on a fixed point. And I work systematically with lines, which produces an effect of continuity and expands the pictorial surface, blurring the boundaries between the work and the wall.”

Her work is part of the collection of the Museo de Arte Contemporáneo de Buenos Aires, the Sayago&Pardon Collection (United States), and private collections in Argentina, France and Perú. 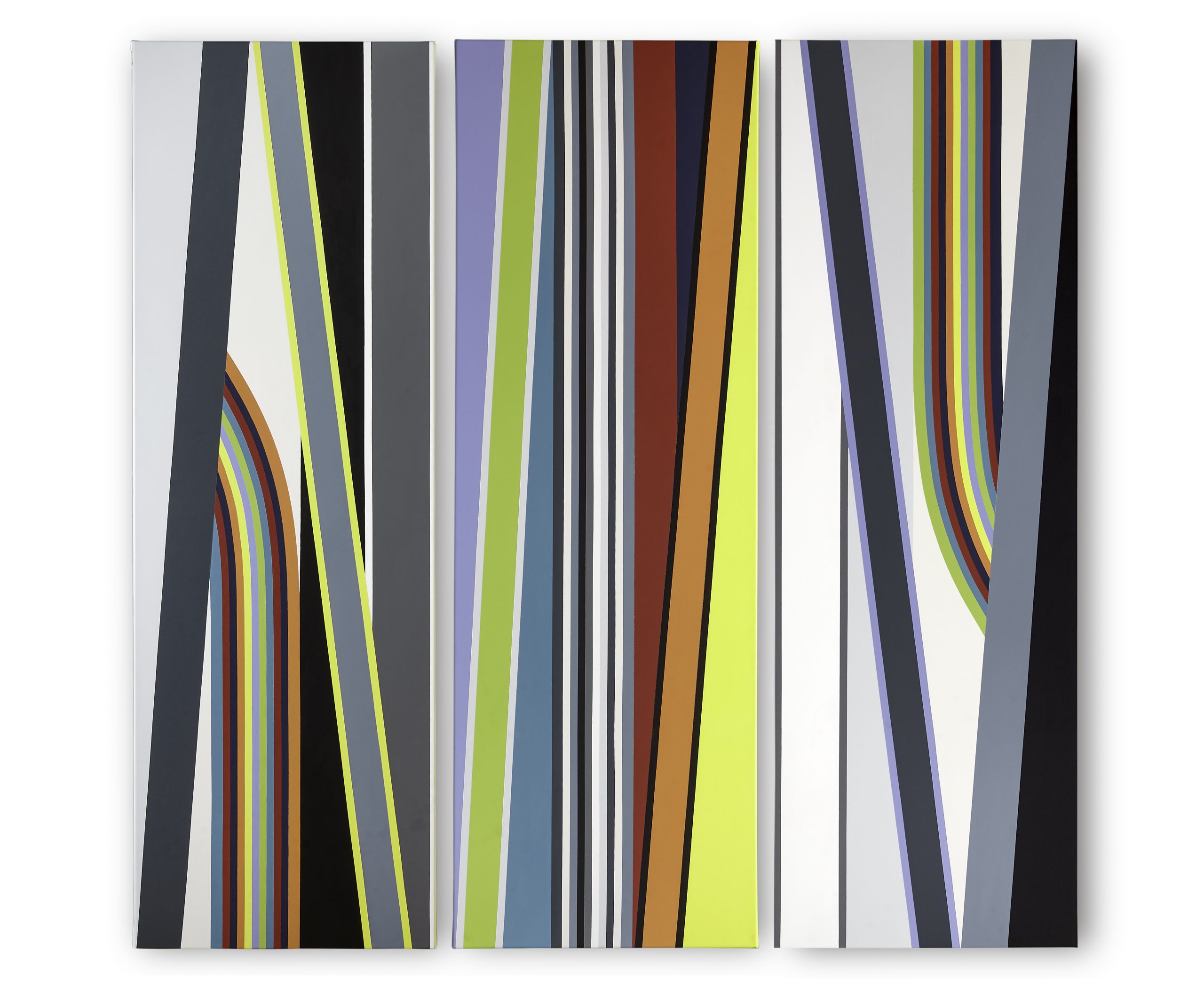 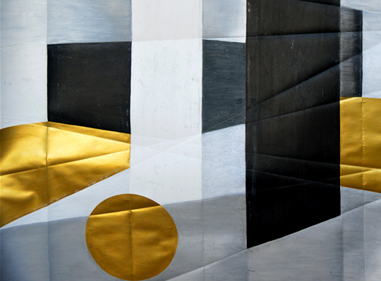