For some time, I have liked to think of my works as the fruit of a longstanding desire to construct images as a way of writing.

Why writing? What does image as writing mean?

Perhaps as an outgrowth of the gesture of drawing extended into the development of graphic symbols that do not represent anything intelligible, the impulse to use images as writing took hold of me as a personal belief and practice.

In a recent, and still unpublished, interview, I explain:*

I started working twelve or more hours a day, and I realized that I no longer wanted to make people or scenes. I began working with certain graphic symbols, a compulsive automatism, and then with some geometric figures as well.

The results were like links on a chain, traces of a narrative inclination that could not find—did not desire—any object in particular. In some of them a small flower might linger on, a slight resistance to letting go of all form of representation whatsoever.

So: I realized that, very slowly, a process had evolved in me. What matters to me is that there was never a willful decision. I did not embrace abstraction due to certain convictions; it was just a process that overtook me that meant letting the work take its course; that, and a need for greater sparsity.

What I did, I think, was simply begin to write differently, without giving up the gesture of writing. The characters and figures were no longer necessary and I started to fill the surface of the canvas in another way.

I went on: That connection to narrative, to painting that wholly embraces the flow of the narrative act, has always been very powerful for me.

To me, the narrative now means generating small forms: making use of a module, choosing a certain figure, a small geometric configuration, or just a continuous line. And, from there, beginning to invent in order to then construct a visual text.

I have never seen myself as a geometric painter. I barely ever use a ruler, and if I do, I use it later, after drawing by hand, with the wavering that brings. My method consists of finding a module and talking on the basis of that module, talking around it. And I mean talking in a spontaneous and unconscious way, in keeping with the idea that “language speaks to us.”

That’s why, even now, at the genesis of my works is the attitude—or the register of the attitude—of someone who, before the wall, canvas or paper, begins to develop a continuous discourse, one that is nourished in its own making, that extends, that stammers, that begins again, that is never through.

A discourse that constantly gives its author the feeling and experience of navigating in the imaginary world that leaves behind fragments of a possibility, of many possibilities, of giving shape and substance to a certain extended way of being and unfolding in the world,  one that is unclassifiable, ungraspable, even hard to understand.

Writing images that are heirs to the need to narrate to allow the world and the world that inhabits us to surface—or perhaps the world that would inhabit us if we could have and encompass variable dimensions. The endless possibilities of a being spurred by curiosity, thirst for knowledge.

The ghost of freedom in each fold of our insatiable and resistant determination, of our endless desire to feel our way around in the dark, to penetrate the vast darkness that is our daily bread.

The works are temporarily linked to build a provisional passage.

They remind us gently that there was a journey, that it could have been another as well.

That it’s not over, that the images written do not set out to decipher anything, they do not voice testimony.

These paintings can only be—and their only wish is to remain—fragments of fiction, of a fiction that flows back to us perhaps as an intense moment of truth.

(The interview was by Kristell Pfeifer for the magazine Arte Al Límite, Santiago, Chile, April 2013). 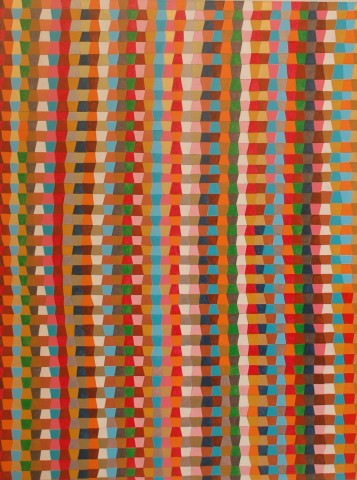 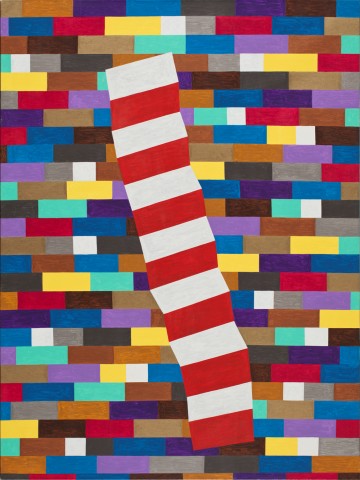 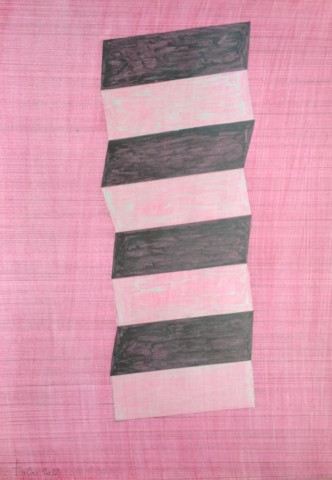 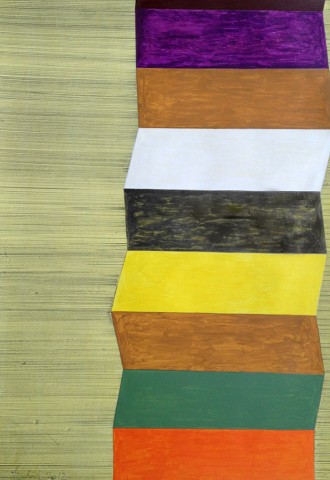 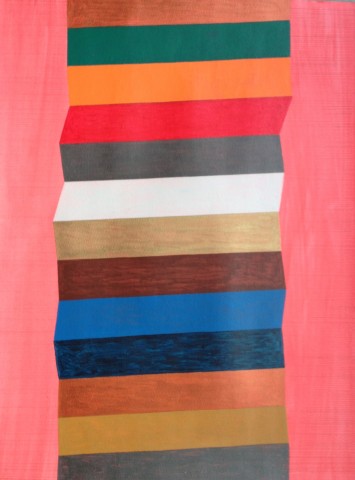