Lautaro’s work is an exploration of the uncanny and sublime, that mysterious realm which we cannot identify but can distinctly yet vaguely feel. This is the task of painting. It is not merely a tool for literal depiction but rather to conjure, to summon, to manifest the unfamiliar. It must look deep and bring back a new truth. Lautaro’s work explores this mysterious landscape of the inner orient, the unknown.

While everyday language aims to obscure truth, Lautaro work is a pursuit to materialize it into a tangible form. Yet, existential truth, unlike to logical truth, is malleable and ephemeral, therefore the medium in which it is expressed must be as equally flexible and dynamic. It is therefore fitting that Lautaro has chosen the yielding medium of painting as the torch to point into the ether. To that end, Lautaro’s work exploits paintings unique advantages: its infinite malleability in order to depict subjects and essences that defy literal translation.

Lautaro’s aesthetic surges form the existential action of painting itself. The basic instincts are at play here: the visceral impulse, the wish to communicate, the delight in colour and form. Lautaro’s mark making is alive with nervous energy that is, in itself, one of his means of conveying the emotion of any subject he depicts. His paint surfaces are animated from edge to edge, packed with abstract incident within the depicted forms, satisfying both as complete compositions and to explore in detail. It may be their basis in drawing that gives his work an almost bodily physical sweep, with directional thrusts akin to currents, and a kind of organic internal momentum. The intensity of Lautaro’s own engagement with the work underlies the capacity of his works to engage, in turn, the attention and the imagination of the viewer.

Lautaro’s language is similar to the expression of the unconscious, which speaks to us poetically through the everyday forms we are familiar with. Thus, Lautaro’s figures and forms are almost distilled into symbolic abstractions. To say that Lautaro merely indulges in figuration would be a misperception. His figures are no more literal than the characters in a dream. For, if one looks closely enough certain patterns and messages begin to emerge. Thus, like the Egyptian hieroglyphs Lautaro’s forms are both figurative and simultaneously form a parallel literal language. Lautaro is not embarrassed by physicality, he sees it as a necessary means of transcendence.

Lautaro’s pursuit is that of something seemingly impossible to express verbally thereby moving towards the true purpose of painting. Because his work focuses on universal truths he is merely a vehicle for them to occur: from the flux of inspiration that pierces him to the plentitude of his heart which overflows with paint. The work of Lautaro’s inscribes and reflects that philosophical trance. In his freedom to create Lautaro implies the possibility of being. 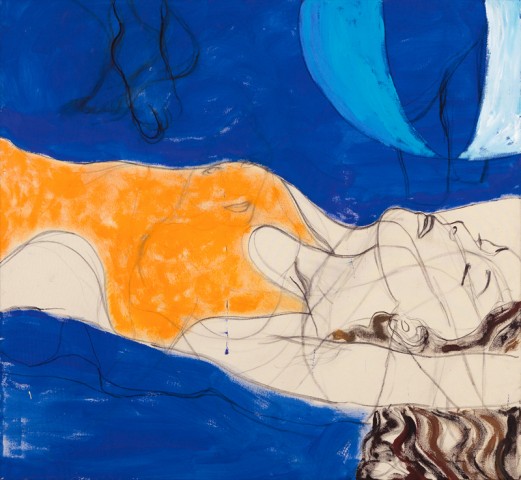 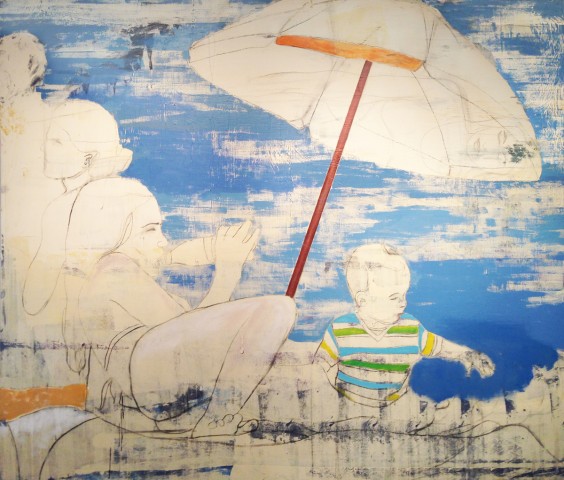 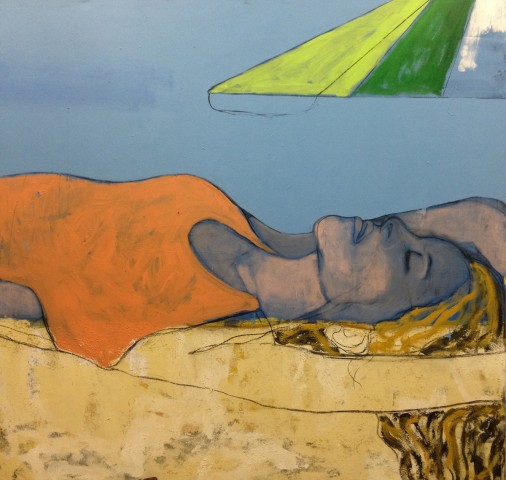