Systems of informal workers act on the city of Buenos Aires. Their “operations” go through a transformation that wavers between the marginal and the institutional.

What are called “trapitos”—literally “little rags,” this term refers to those who ask for money in exchange for helping people find parking places and looking after their cars once parked —have generated their own urban identity with an extreme economy of resources: their “uniform” is, in fact, a rag.

The trapito, or rag, in their hand identifies them as trapitos. On a practical level, the trapitos direct traffic towards parking places. On a conceptual level, the rag is a planted flag, a conquered, colonized, appropriated space.

For eight months, each time I parked my car and a trapito offered to look after it, I would propose tipping him a little extra in exchange for his rag. “How can I keep working if you’ve got my rag?” was the instinctive response, confirming that without that piece of domestic cloth he would be bared of his identity.

Vitraux (2011) is a tapestry made from sixty-four of these rags bought from “trapitos” on the streets of Buenos Aires and then sewn together. It is a “textile map” generated from sixty-four discrete acts of negotiation, sixty-four transactions, in which pieces of flannel in different shades of orange predominate. The work measures 5 x 2.5 meters, that is, the unit of space allocated for a parking place.

Argentina has what could be called an extraordinary “rag culture” for domestic tasks. The gondolas of home supply stores and supermarkets hold an endless variety of 100% cotton rags for the home: floor rags, flannel rags, dishrags, kitchen towels.

Míster Trapo (2011-13) is a series of sixteen “uniforms” made from this wide palette of rags where each model identifies what it “wants” to be: the rag’s intrinsic desire.

The Carrefour-brand beehive-pattern floor rag clearly wanted to be a cardigan sweater. The kitchen towel from Easy Home Center wanted to be a guayabera. The Media Naranja-brand flannel cloth from Jumbo supermarket asked to be made into a coat. The professional dishcloth was fated to be an English-style sports set while the table rag wanted to be made into a shawl. The floor rag was just right for a reversible outfit: an elegant pinstriped suit with textile on one side or a casual jean outfit when the side bearing the hexagonal weave is exposed.

The unit of each work in the series is the rag and its dimensions. In an ambiguous interplay, at times the “uniform” appears to be a rag as its details surface, and at times it is clearly a garment.

The collection produces infatuation. The rag is steeped in desire.

Relevant to this work is the moment in our homes when a worn piece of clothing becomes a rag: this work inverts that process, revealing new identities in the move from trapito to Mister Trapo. 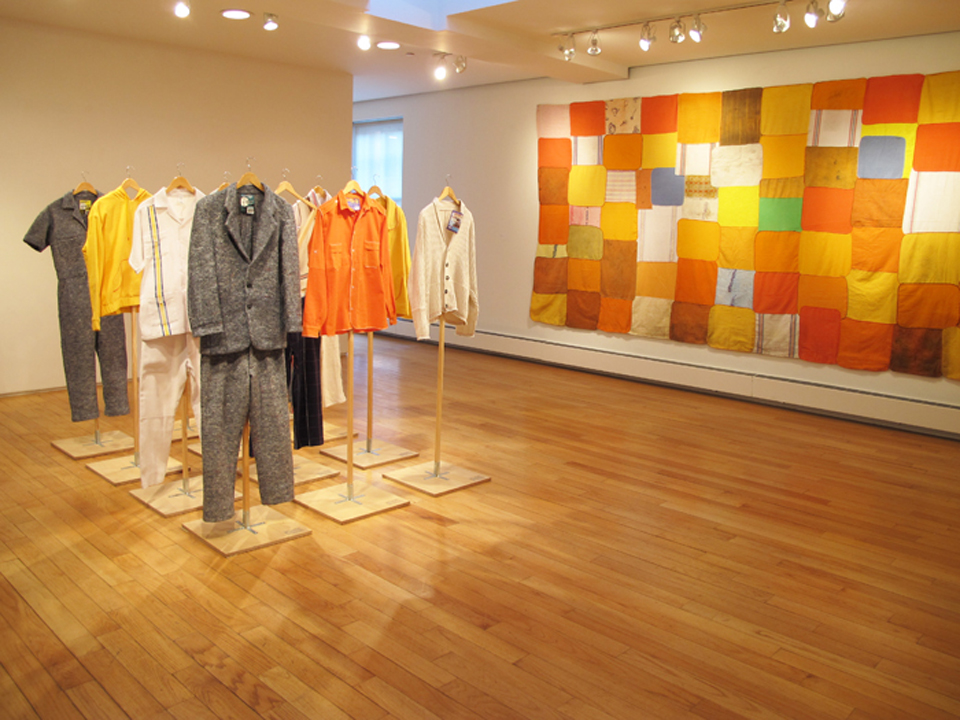 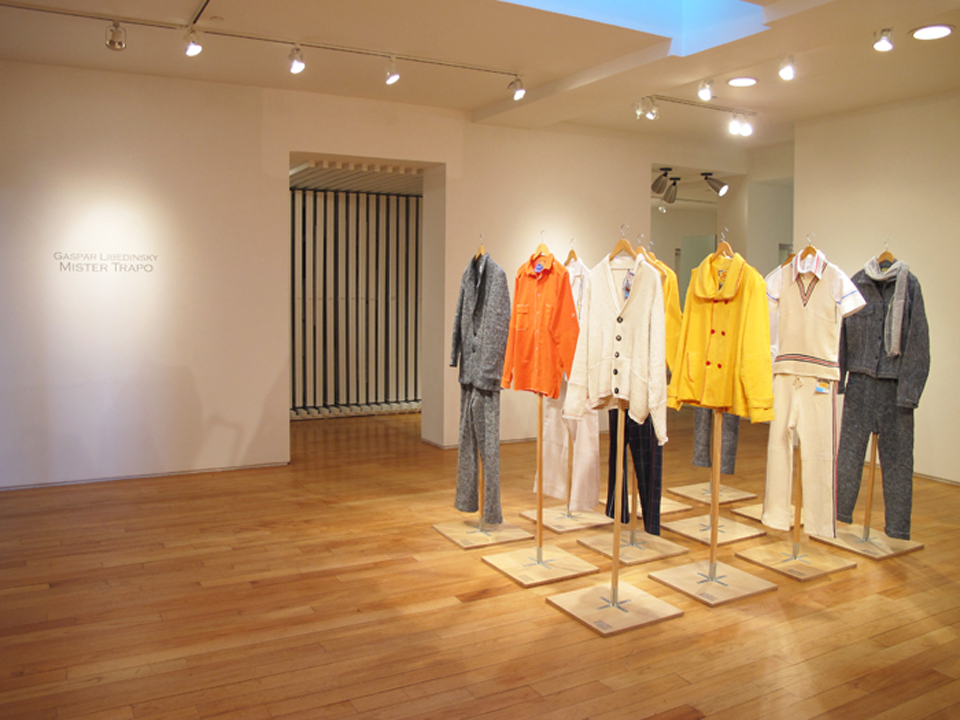 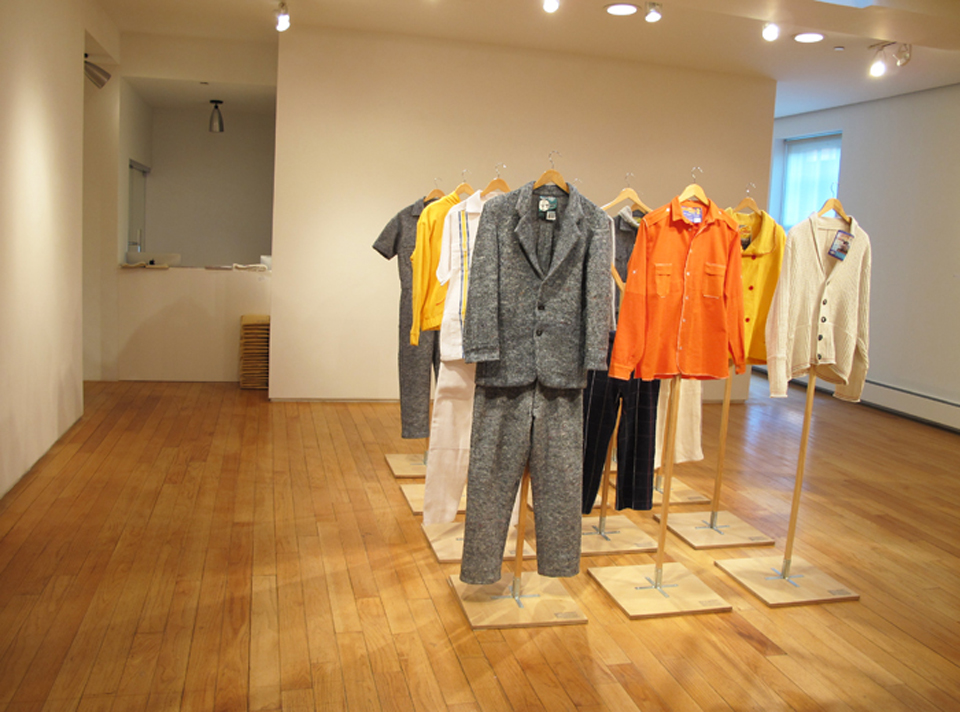 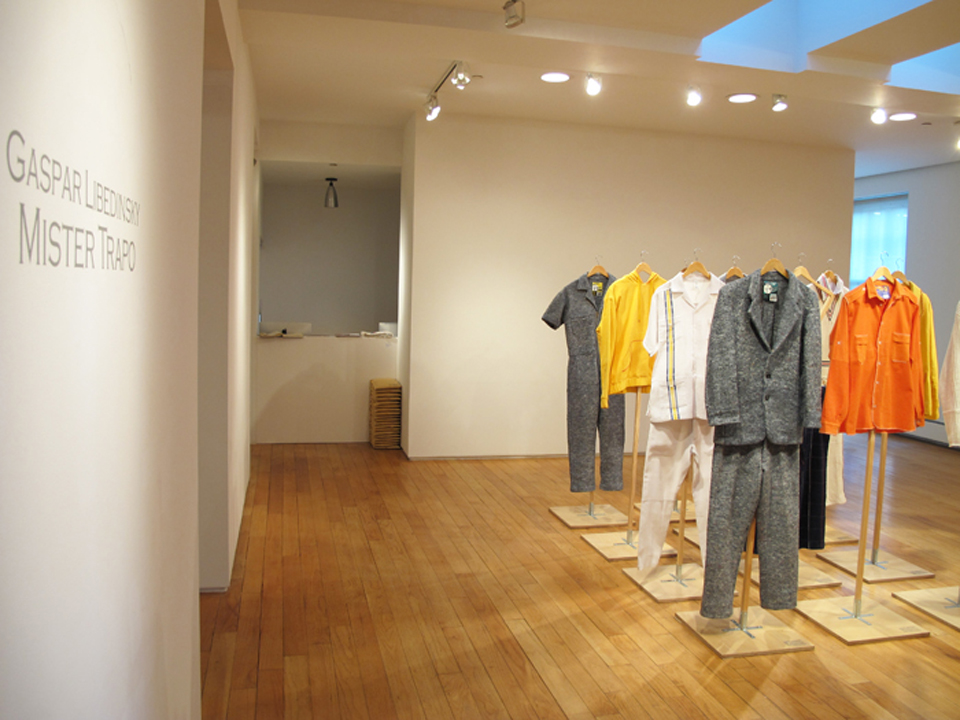 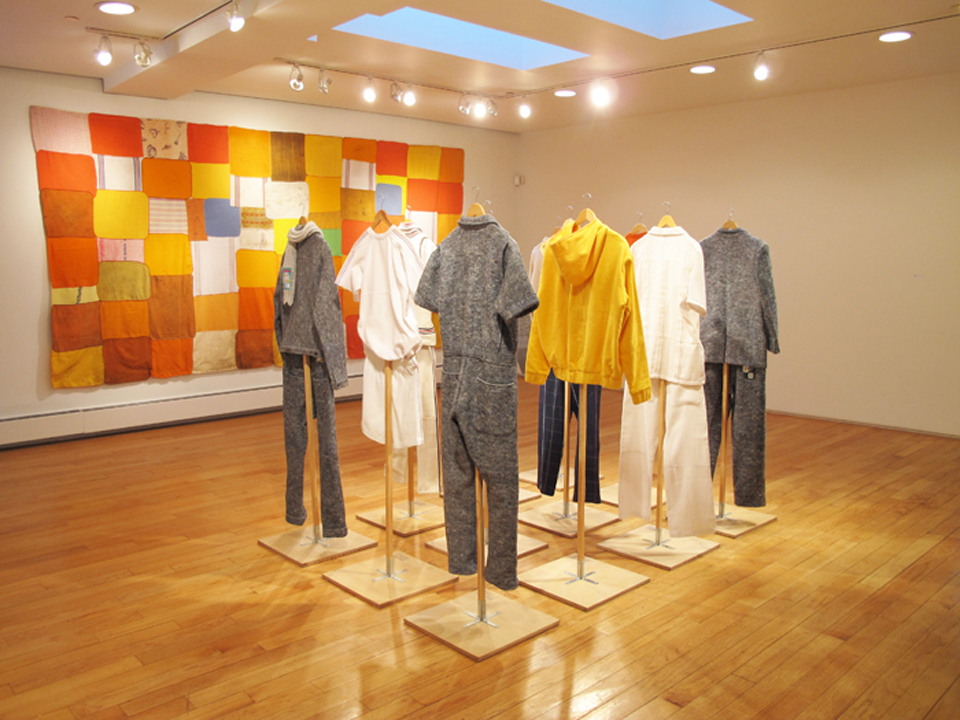 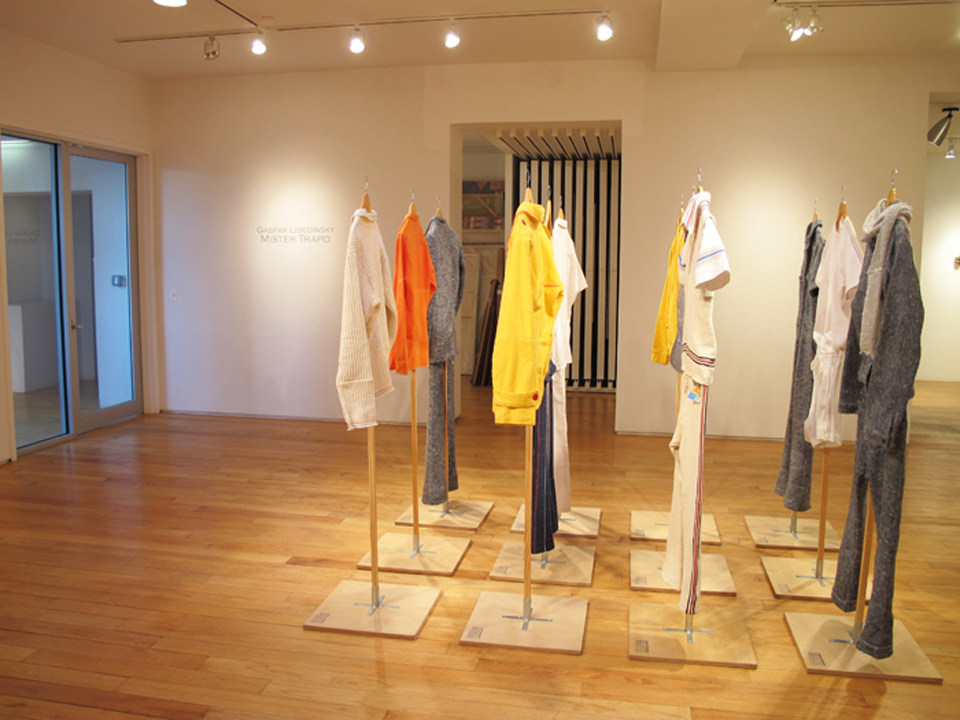