In my opinion, the most impressive aspect of this photo collection by Esteban Pastorino does not lie in the subversion of reality, which he makes evident through the intervention in the lense’s focal point, but in the fact that the manipulation of a camera’s device can, for example, take us back to the territory of childhood. Pastorino’s work does not only manage to turn urban and natural landscapes into maquettes, but it can also make all the elements in the image become a part of that universe we used to imagine in our children’s play. And playing leads us to establish a direct bond with fantasy and magic, to a wilful disconnection from rationality, to a kind of liberation which enables us to relate with reality in a different way.   And this quality  coincides with one of the essential characteristics of modern art, which steered away from the classical theory of Greek philosophers who defined art as mimesis of the sensible world. A somewhat paralyzing idea which also affected the definition of photography’s essence since its inception, given the predominantly technical aspect of its functioning and the scientific and documentary application that was assigned to it in its first years. The appearance of photography stands as one of the causes for the crisis in painting, since it managed to accomplish the latter’s classical goal in a more efficient and inexpensive manner, although it also favoured its emancipation.

The conquest of the world as an image and the worship of science and mechanization have been, in the views of Martin Heidegger, the essential phenomena of Modern Ages. But the German philosopher also warned about the impoverishment involved in identifying spirit with the essence of mechanization. Perhaps that was the reason he suggested that art can be a redeeming experience when faced with the predominant idea of the scientific- technical truth. Photography’s close relationship with technical devices has traditionally barred its entrance into the world of art – a debate which has fortunately become obsolete. But the displacement of art towards territories which are more distant from the artist’s skills and geniality and nearer to critical reflections on contemporary culture, has contributed to facilitate that shift.     Nonetheless, to many, it still stands as the original paradigm of veracity. The fact is that, as Vilém Flusser has stated, “This apparent non-symbolic, “objective” character of technical images has the observer looking at them as if they were not really images, but a kind of window on the world. He trusts them as he trusts his own eyes. If he criticizes them at all, he does so not as a critique of image, but as a critique of vision; his critique is not concerned with their production, but with the world “as seen through” them.”  The result is that our direct experience of things has diminished remarkably throughout the past hundred years. The mediation images have exercised has taken the place of reality in such a convincing manner that, in many cases, we distrust the latter if it is not supported by the former. We tend to think that, as Borges wrote around 1960, “ an event has occurred because it is printed in large black letters and we mistake the truth for font size 12” . In Flusser’s words, “Images are meant to render the world accessible and imaginable to man. But, even as they do so, they interpose themselves between man and the world. They are meant to be maps, and they become screens. Instead of presenting the world to man, they re-present it, put themselves in place of the world, to the extent that man lives as a function of the images he has produced”.

Esteban Pastorino’s visual paradoxes are the result of his fascination for building artefacts which are capable of producing an illusion in the senses of viewers. To some extent, he develops a ritual of magic echoes which relate him to the passionate pioneers of photography in the 20th century, particularly to those who focused on the genesis of devices with the capacity to freeze motion, to extend the visual field or to simulate tridimensionality. Arthur Batut and Eadweard Muybridge belong to that group. In 1890, Batut developed a device which was capable of taking aerial photos from a kite, broadening – due to apparatus’ versatility, the possible uses of zenithal visions which had already been obtained for the first time, from an aerostatic balloon, by Nadar in 1858. Muybridge became famous for his panoramas and chronophotos, which fragmented and froze motion of people and animals. His research work to simulate image animation led him to the invention of the zoopraxiscope, considered by many as the precursor to the movie projector. The 19th century and early 20th century were rich in experiments of this kind and they used to be greatly acclaimed at universal exhibitions, where audiences were captivated by these inventions of disquieting names: zoetropes, phenakistiscopes, kinoras, kinetoscopes, folioscopes, dioramas or cameras and stereoscopes. In some cases, the abovementioned devices had scientific applications, in others, they were merely aimed at amusement given that  they were merely points of view or perceptions of reality which were not accessible to the human eye.

Pastorino’s photos display the coexistence of technique, the conjuring-up of childhood, the doubt regarding the veracity of the original subject and a call to reflection on the scenery that surrounds us. Ultimately, they stand as a proposal to distort the representation based on cameras and lenses which provide a high level of hyperrealism and manage to achieve a high level of fiction. Every attempt to encompass and unveil what the human eye cannot see, drives us further away from reality. Thus, the stereoscopic techniques turn landscapes into unreal sceneries in which the first aspect that becomes visible is their theatricality. From this viewpoint, Pastorino’s work is in line with the perception of reality as an imitation upheld by postmodernism, maintains the allure of  images and allows us to go a step beyond mere technical spectacularity, setting us into that  territory of artifice, dreams and visions cherished  by  the Baroque. It even gives a twist to the famous statement by the American photographer Gary Winogrand, which has become a motto for many artists: “I photograph to see what the world looks like in photographs”. Pastorino seems to follow Oscar Wilde’s words, “The true mystery of the world is the visible, not the invisible”, down to the smallest detail. A suitable point of view or the right equipment will suffice to represent it as something alien to our inertial perception of things.

Yet, after having outlined the philosophical, social and cultural implications of Esteban Pastorino’s photos, I still believe their most enticing aspect lies in that they are an invitation to play. He, himself, seems to wish to underplay his role as a visual creator when he explains his working methodology. Given that many of his photos have been shot with a camera attached to a kite, the shutter must be activated without the photographer’s awareness of what the camera is seeing and, therefore, also unaware of the frame and contents — the paradigms of authorship for many photographers — which depend to a large extent on chance. It is said that the software used for further manipulation of digital photos works as a second shutter which is co- responsible for the final construction of the image. In this case, this second shutter is activated randomly thus becoming the co-author of the photos. A blatant provocation for an era in which most artists devote significant efforts and sophisticated strategies to access that intentionally elitist place held by contemporary art in our society. 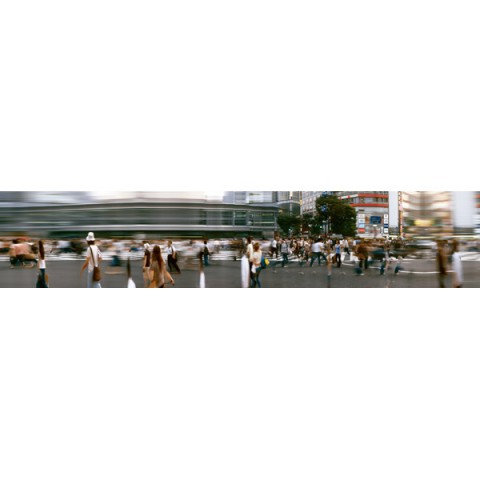 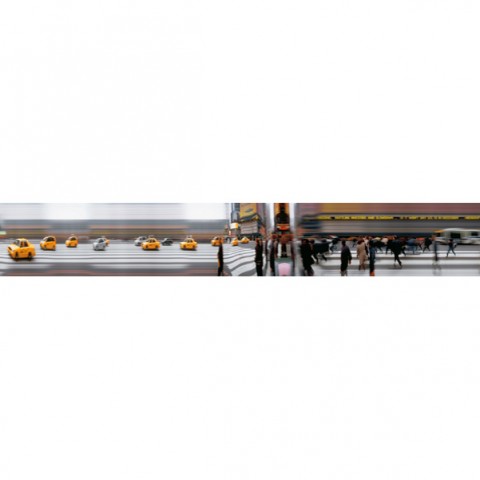 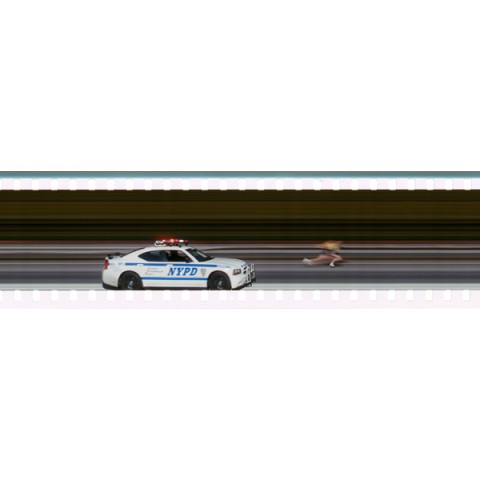 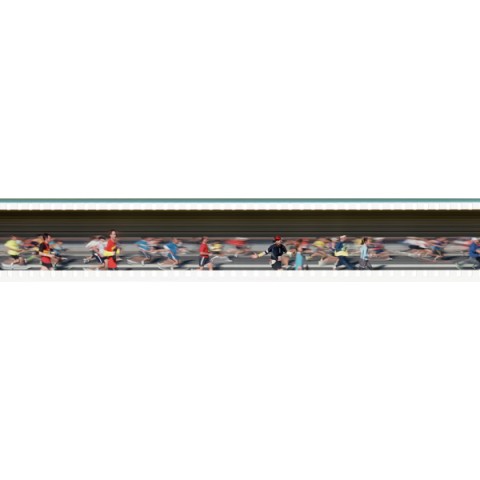 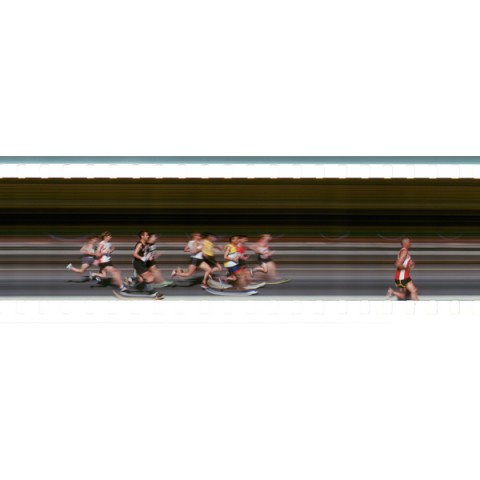 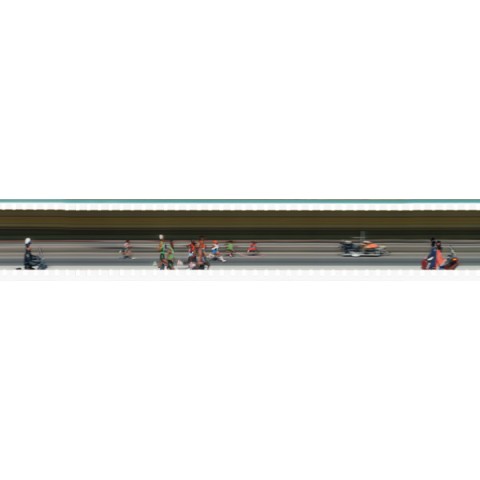