The Series of Dreams, Kisses and Dances

Praxis is pleased to present The Series of Dreams, Kisses, and Dances, the solo exhibition by Dino Bruzzone (b. 1965, Entre Ríos, Argentina). A reception to celebrate the opening of the show will be held at our space at 501 W 20th Street, NY, NY 10011, on Thursday, May 3rd, from 6 pm to 8 pm.

The Series of Dreams, Kisses, and Dances

“The modern may well be the memory of something forgotten” (Eric R. Kandel)

It was under the influence of that quote from Eric R. Kandel that this series of works began taking shape; it attempts to find a meaning in those romantic comics from the sixties, more precisely in the idea of love they harbor. The series started out trying to delve into the thoughts and dreams of their female leads and how those thoughts—written by the male authors of the scripts—were expressed.

Was that romantic vision a stereotype imposed by men, or was it the ideal of love in those years?

Phrases like “endless love,” “eternal kisses” and others are repeated in those sublime moments at the ends of scenes of kisses, dreams, and dances. 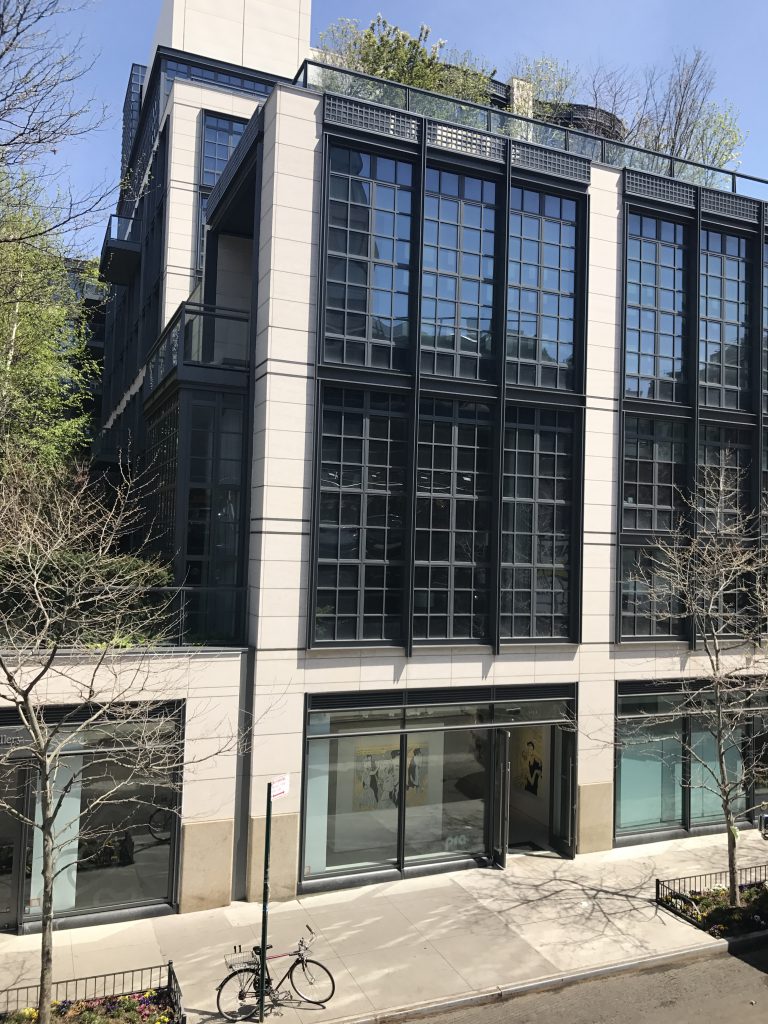 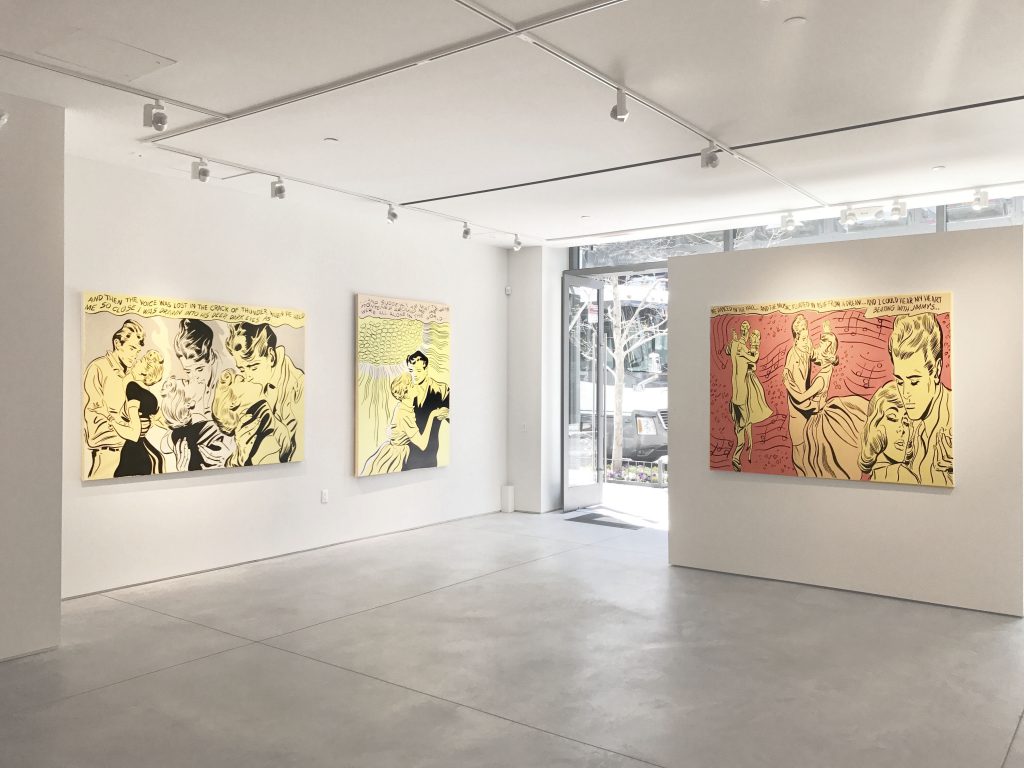 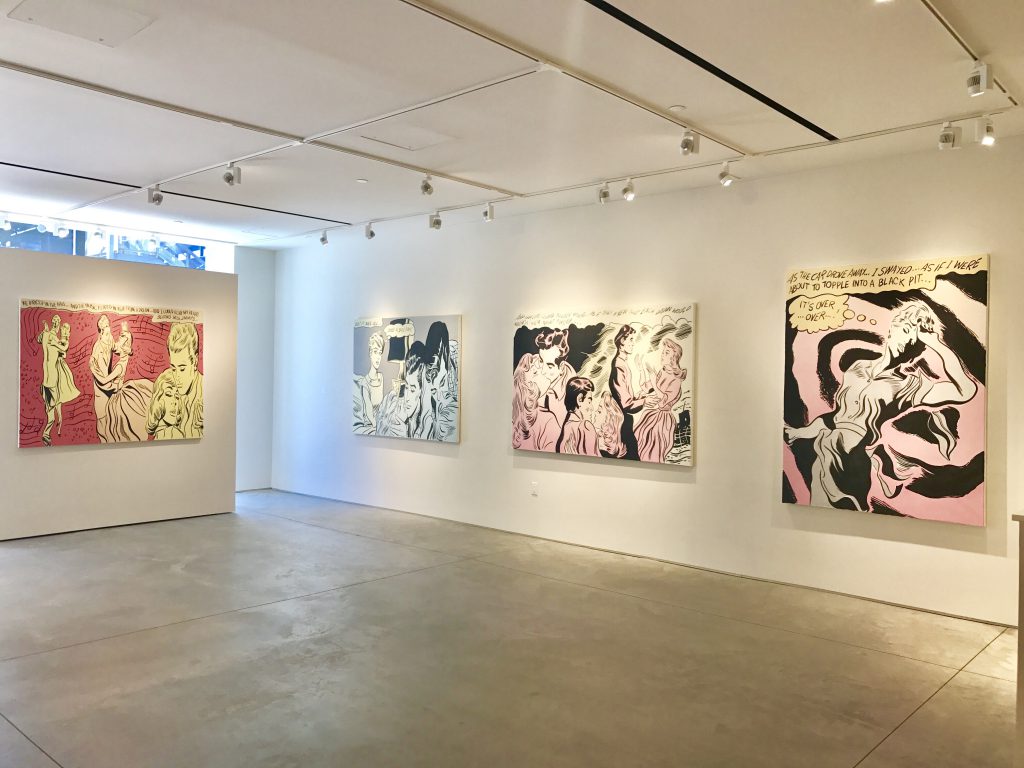 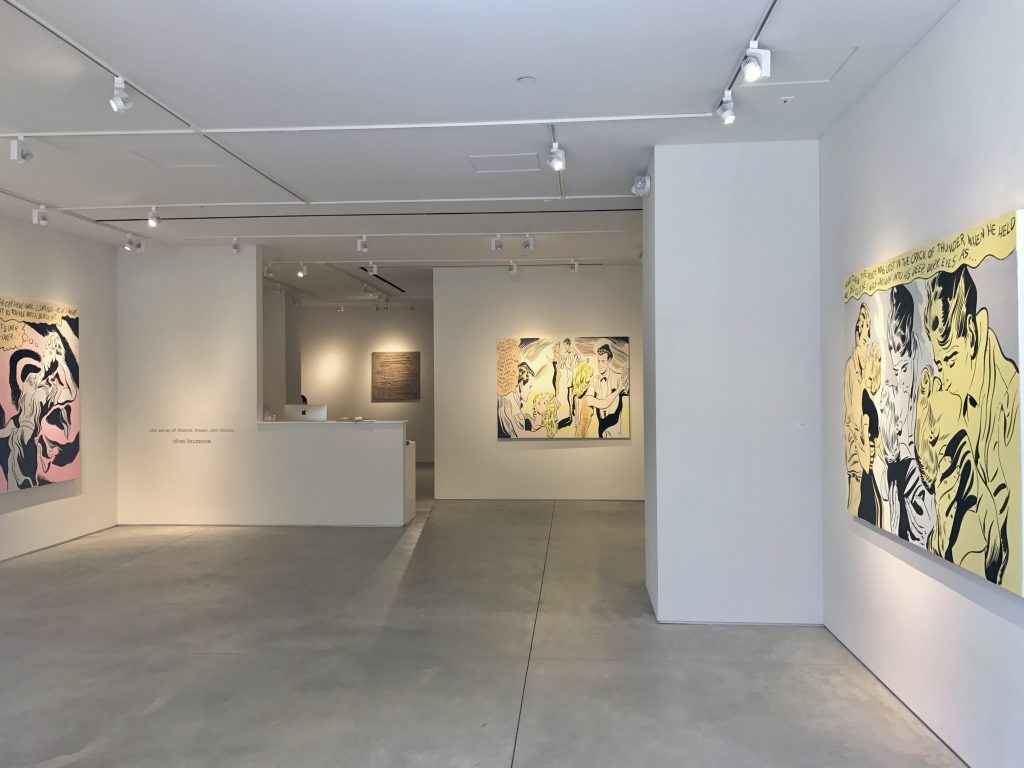 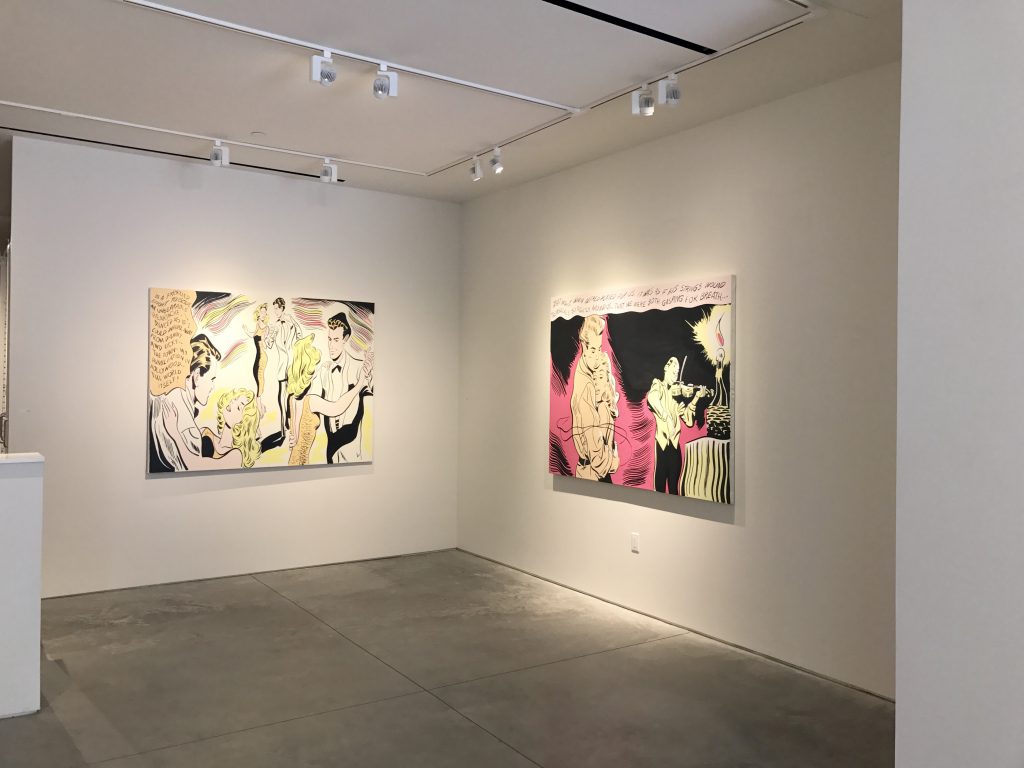 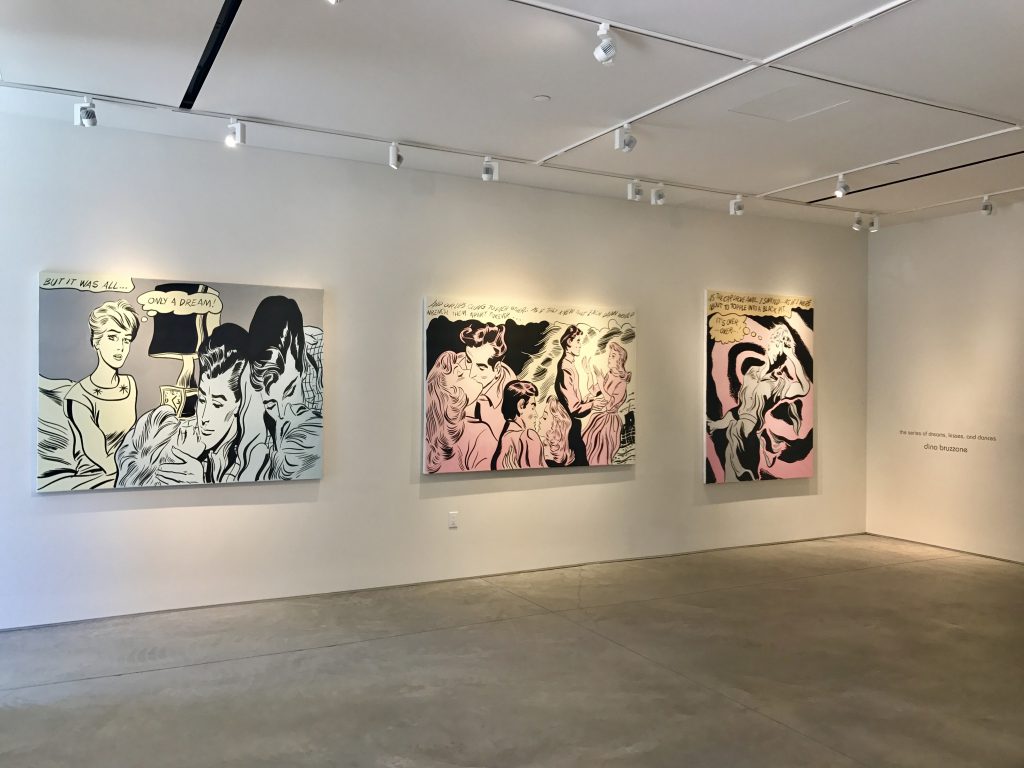 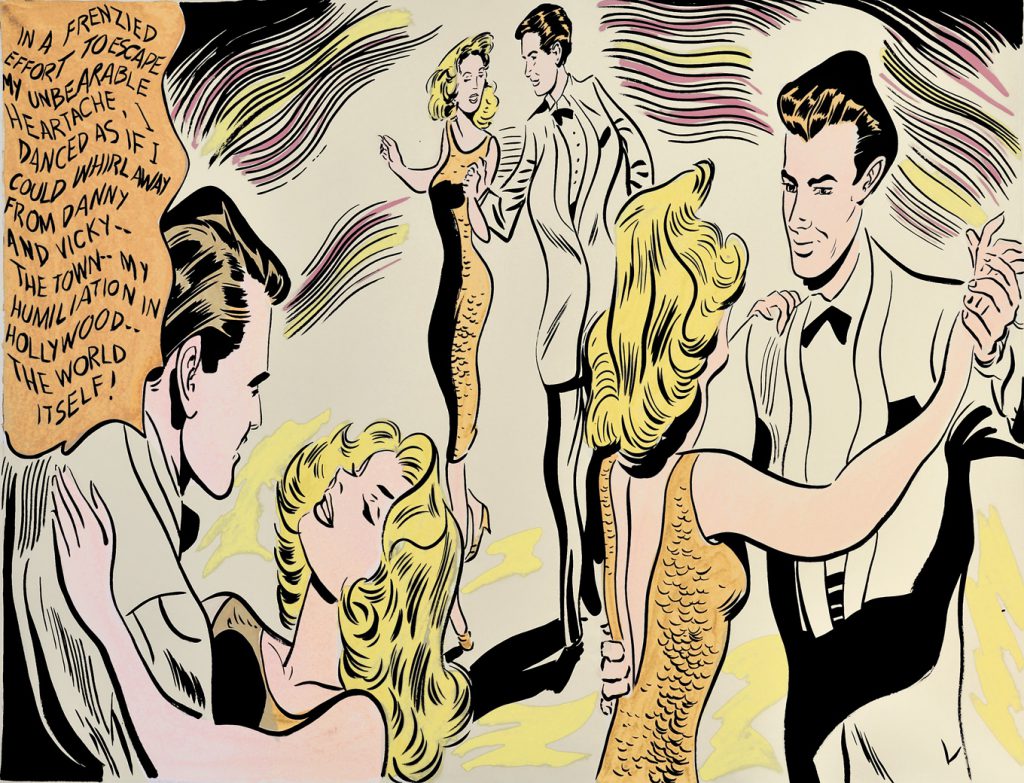 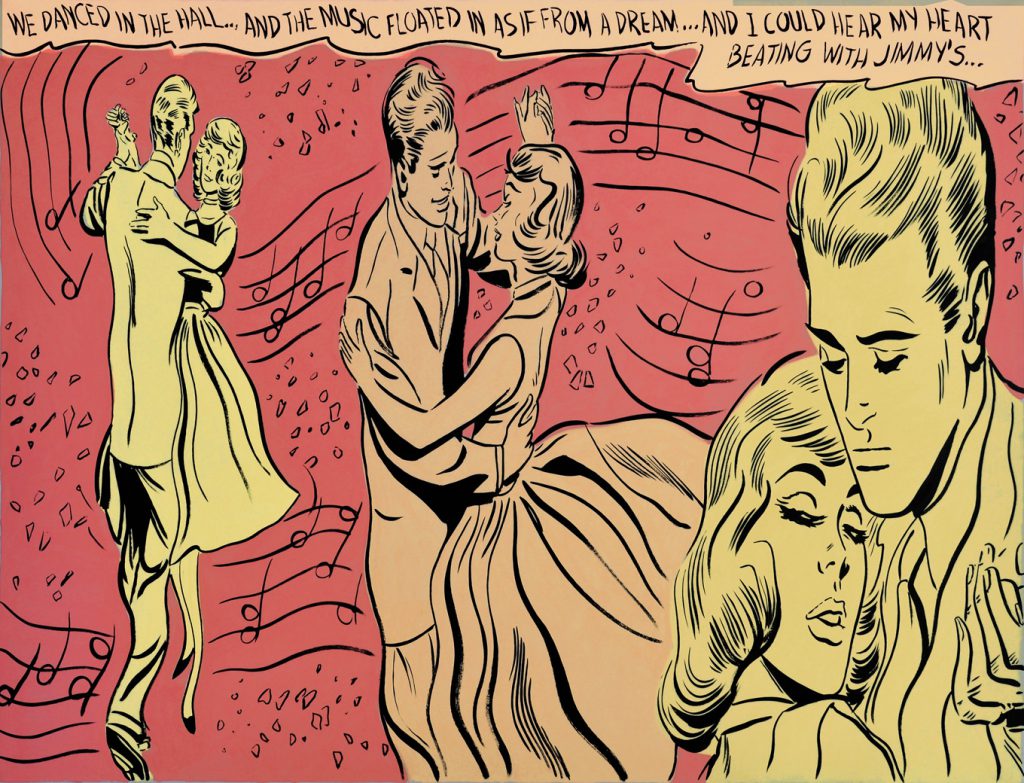 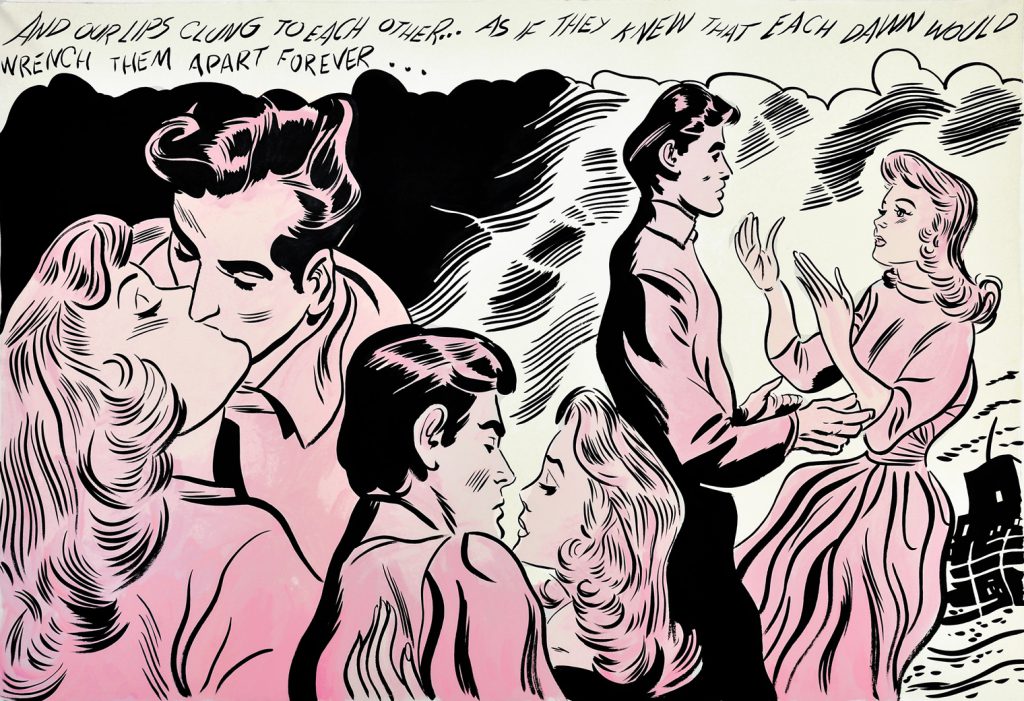 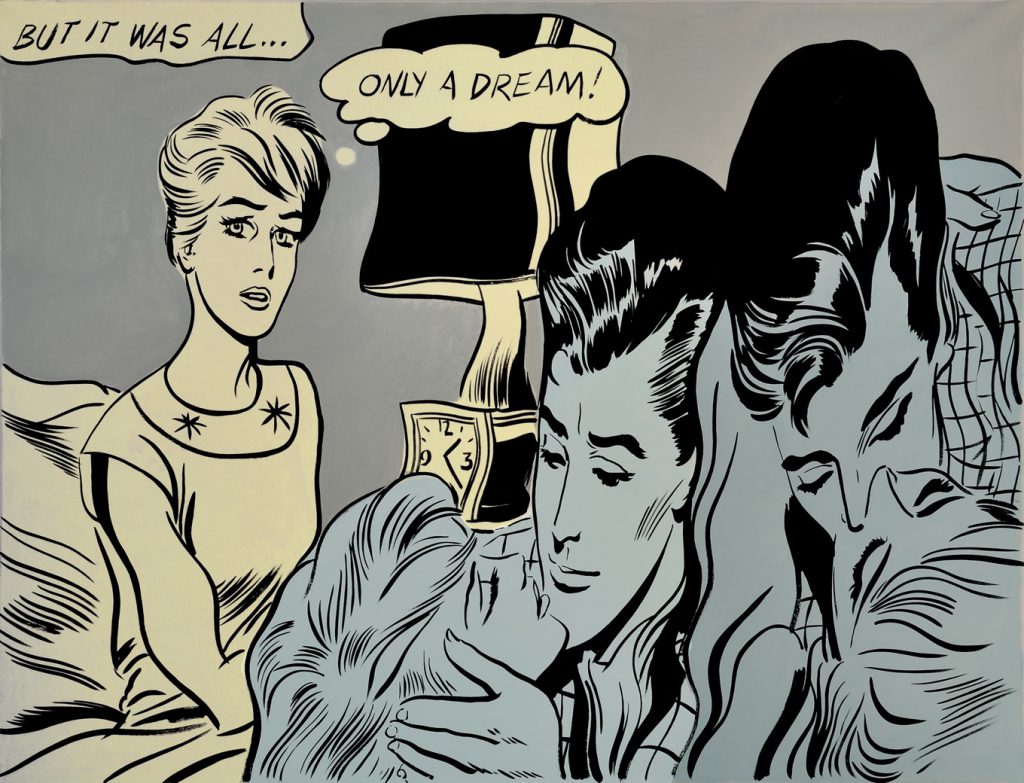 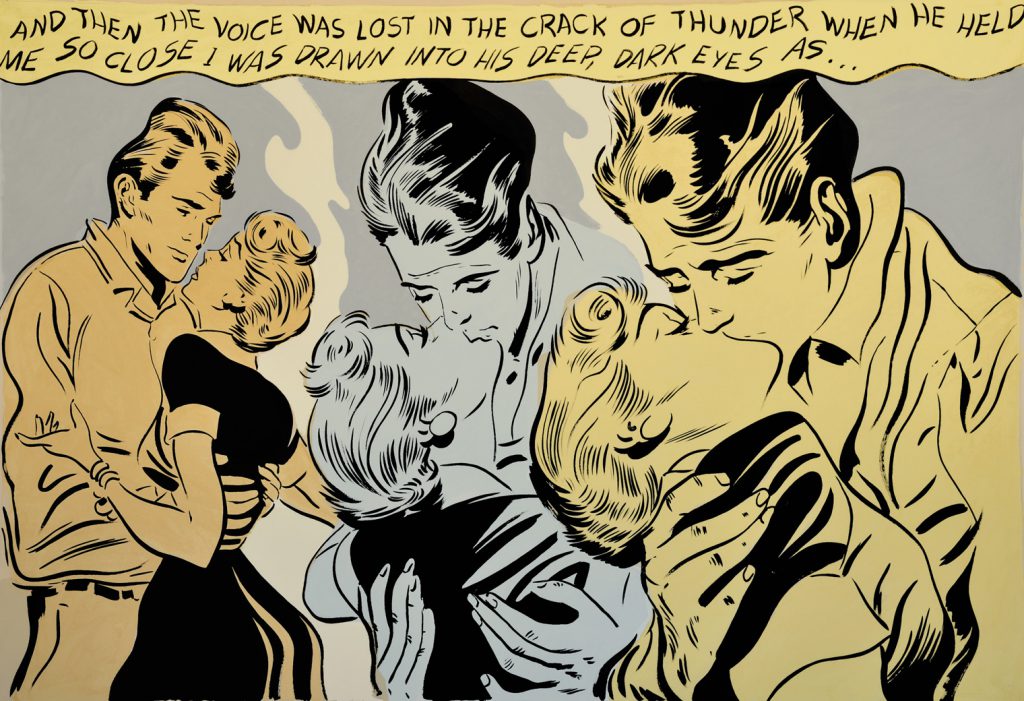 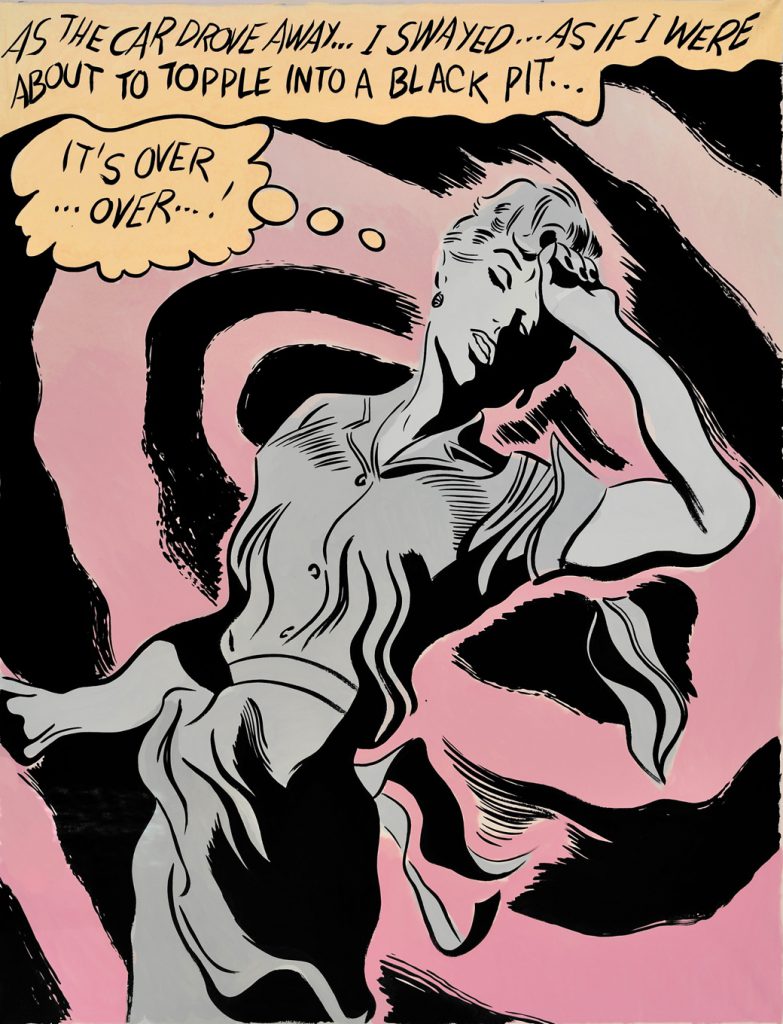 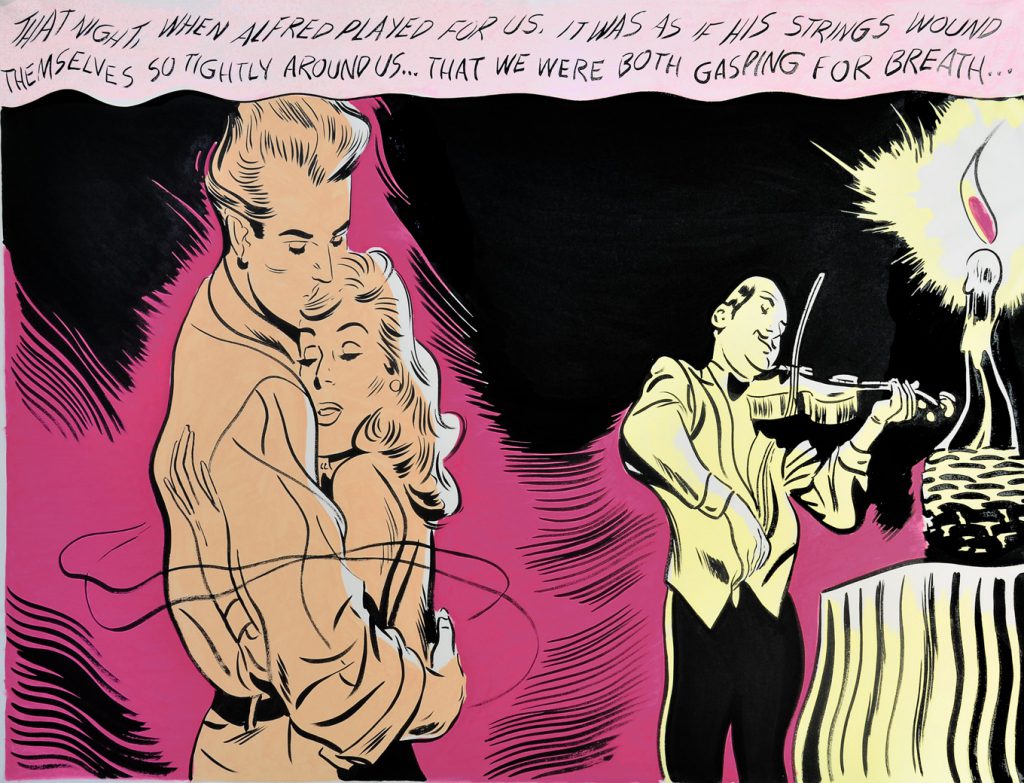 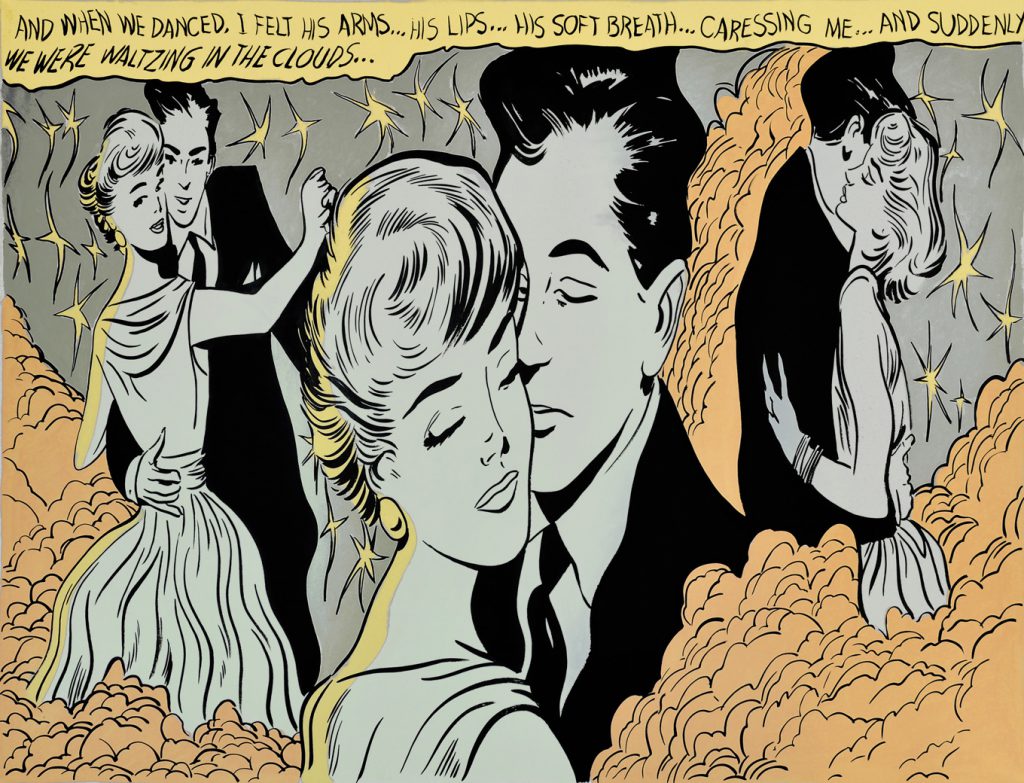 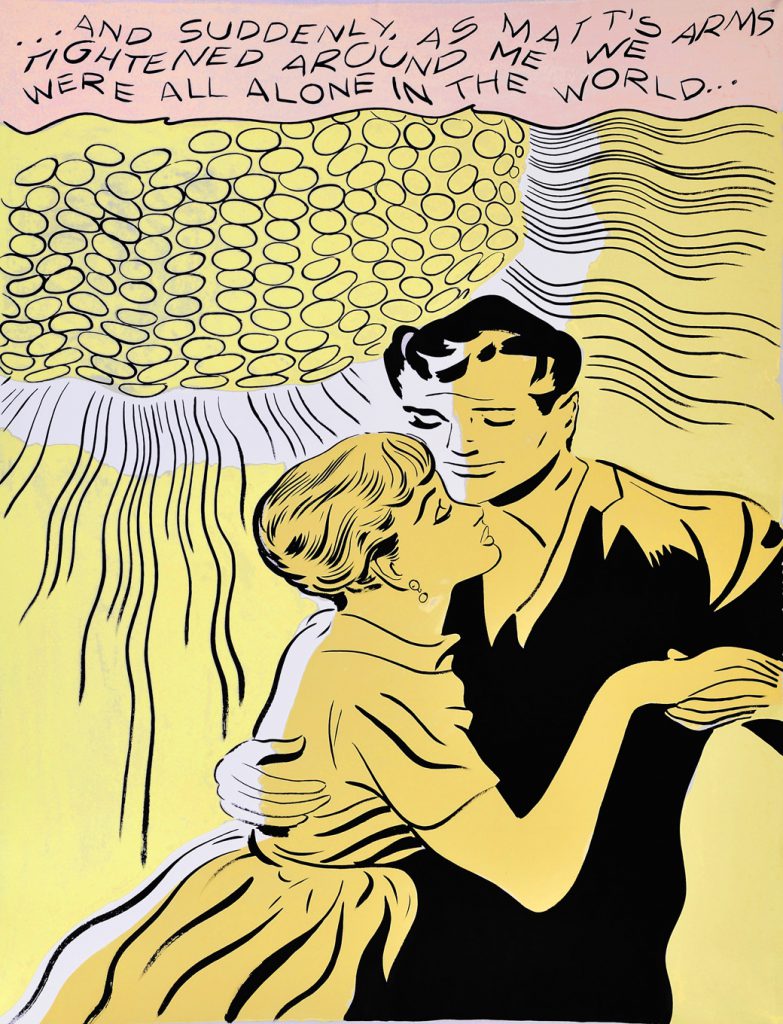