The show will feature two main aspects of this artist’s work: emblematic large drawings that she has been producing since the 2000s and her live drawing performances, which will take place over the course of the exhibition. Vieira will be present at the gallery, drawing in space, and concluding a work that she begun in 2010, during a meditation retreat at the Brooklyn Zen Center.

Lines determine the way we experience space: they mark beginning and end, they can either divide an area in multiple parts or serve as a link to otherwise disconnected spaces. For the past twenty years, artist Claudia Vieira has been exploring how our sense of space and time can be transformed through the tracing of continuous lines that appear constantly in her work and define her entire practice.

Vieira has pursued the drawing of lines that directly interfere in the landscape, both natural and constructed. She often creates site-specific installations and immersive drawn environments in which the action of drawing the line is as important as the final appearance of the work.

In her large-scale drawings, Vieira’s black line takes over the empty space of the paper, so that what were once blank areas become tunnels and whirlpools through which the viewer-participant’s perception is altered. In her site-specific works, the art world’s––pristine––white cube changes completely, as Vieira occupies the gallery room drawing with black adhesive stripes directly on walls, floors, and ceiling. These actions result in minimalist-looking compositions that capture both our bodies and our eyes.

That relationship between the drawing and the body, and the human scale, is essential to Vieira’s practice. The line follows the artist’s body and hands so that the final drawing is a precise recording of the artist’s movement in that space and during a certain period of time. The pace and rhythm of her body in space and the repetitive circular movements she makes envelop and surround us. These movements are active, but they are also meditative.

During the months of January and February 2020, Praxis’ visitors will have a unique opportunity to watch Vieira in action and witness the artist as she completes this ten-year-cycle. 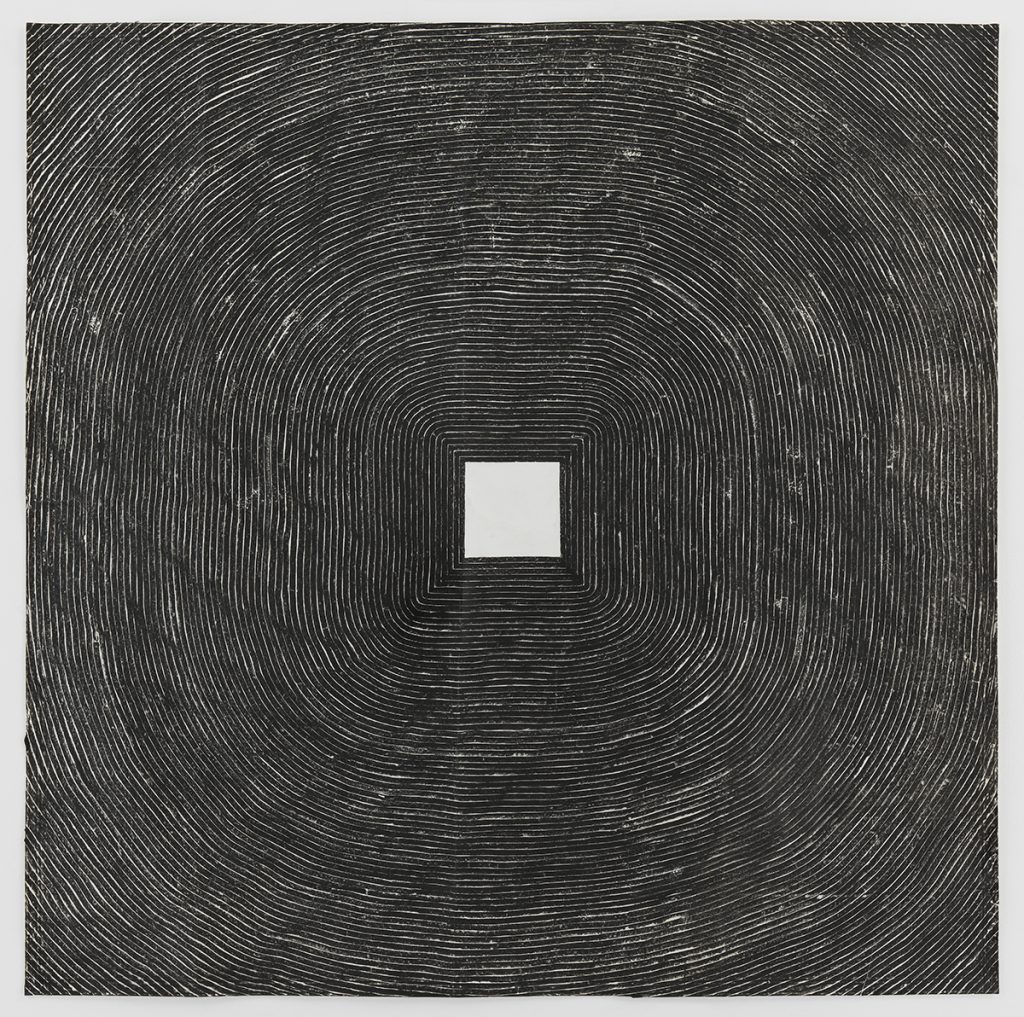 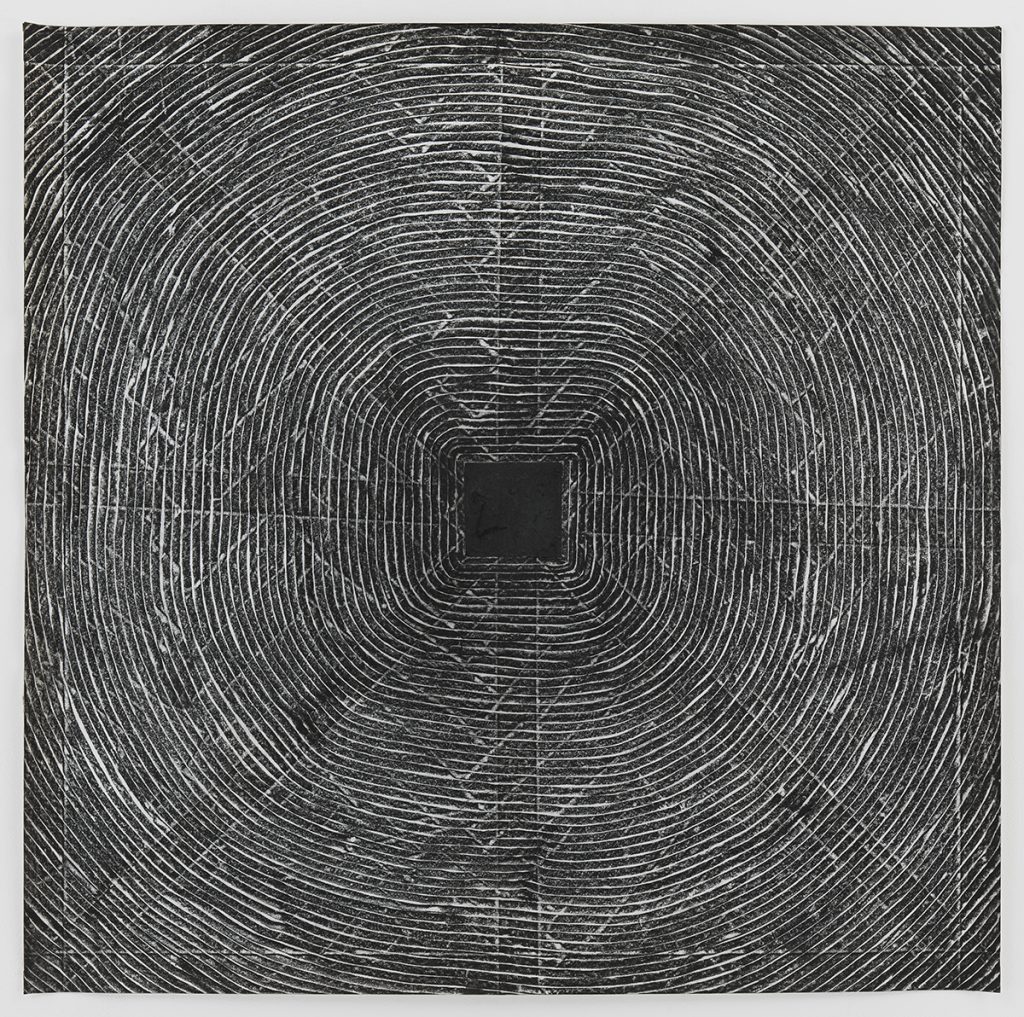 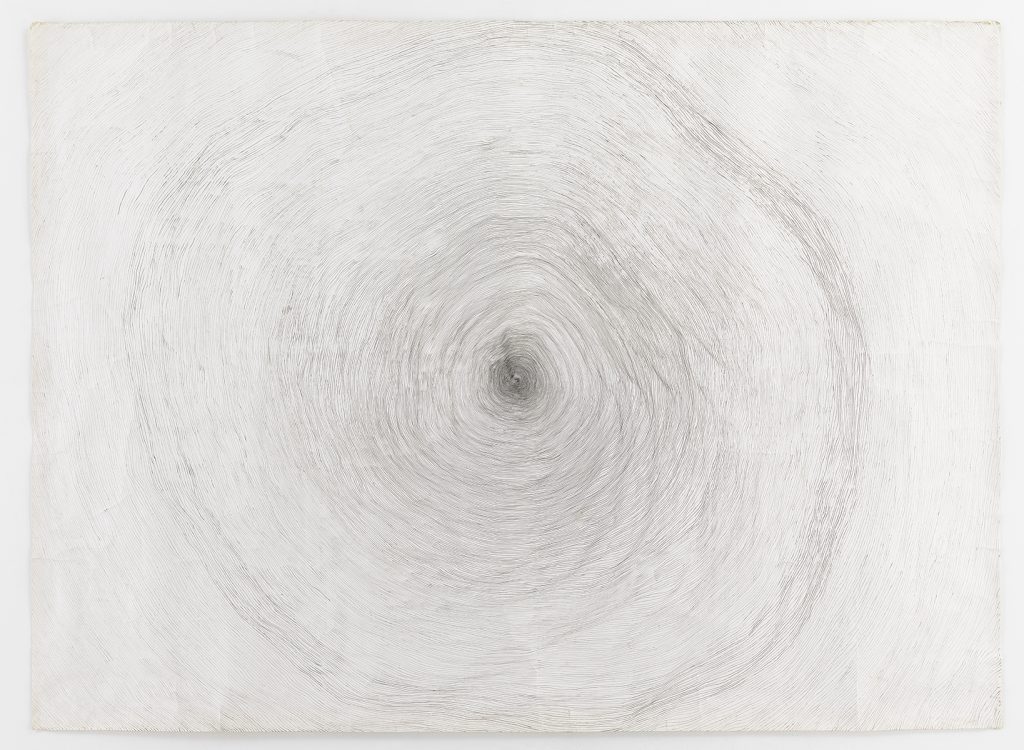 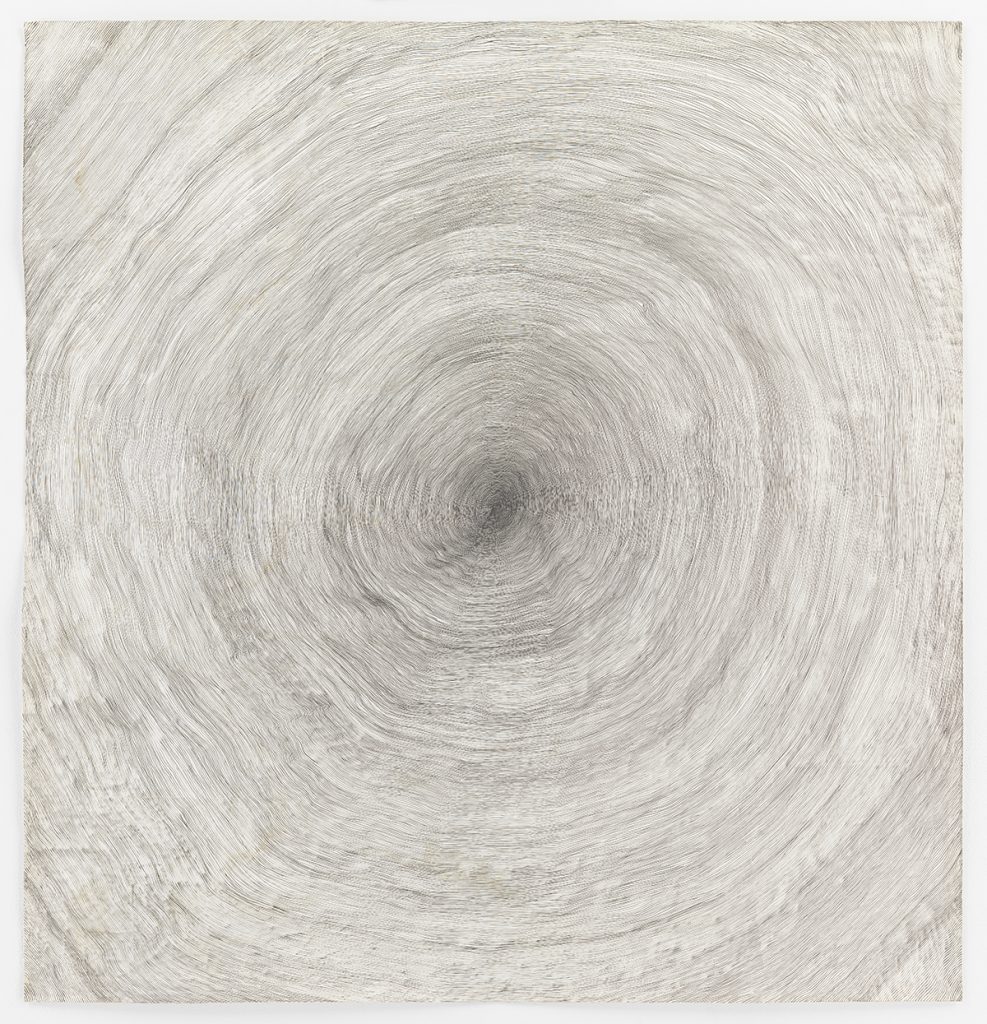 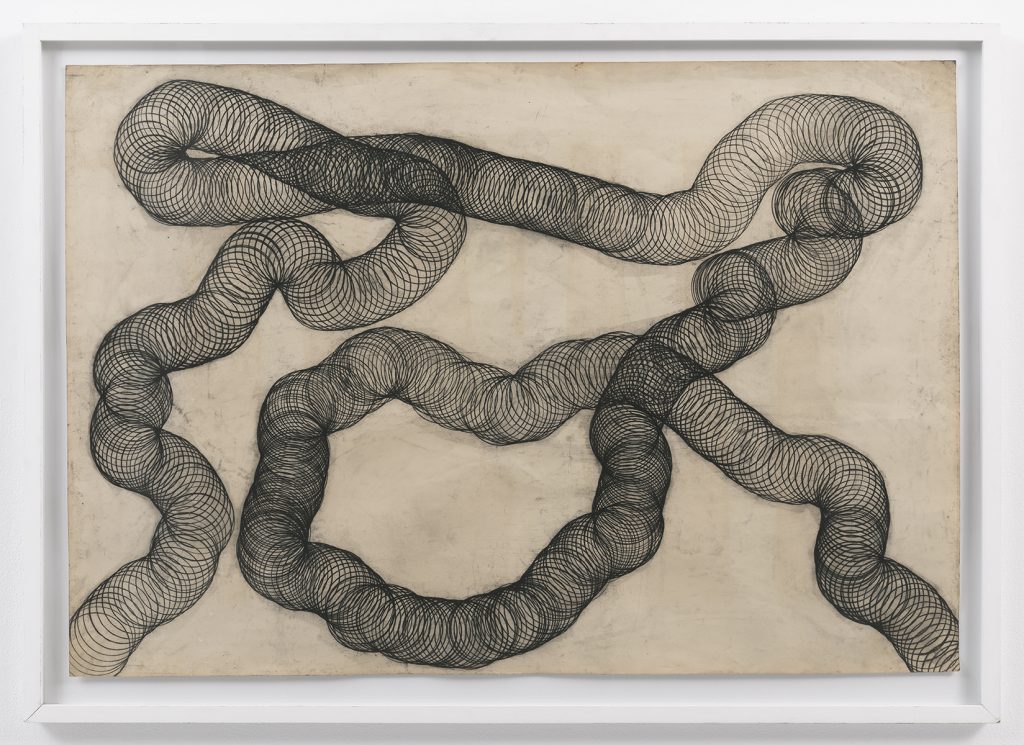