Charlie Quezada’s work is built around a study of landscape as seen through limits, striving to understand humankind’s historical propensity of framing nature at its convenience. Interest in these subjects sparked from the observation of vernacular architecture in his native country, where modernist construction techniques were commonly used with a Caribbean quality.

Recently, this has been displaced by a more contemporary aesthetic which is often not at the service of environmental conditions nor availability of materials. A feeling of alienation within a familiar context is represented in orderly compositions, which are in turn filled with tension between two elements: the spaces we create and those assigned to us by being born somewhere, both equally necessary for the constitution of identity and for production itself.

For Foreign Influences, Quezada proposes a series of small-to-large format acrylic paintings where the horizon of Dominican Republic’s coasts serves as setting, prevailing in an exercise of contrast between interior and exterior space while showing the way in which humankind attempts to hold nature and mold it as decoration. Borrowing from architectural elements and local handicrafts taken from photographs made by the artist as well as archival material found in books, Quezada intends to create fictitious spaces where everyday objects emerge freely and the realities of a Caribbean border context are illustrated – a context where artistries and mixed identities create other forms of nature and containment. 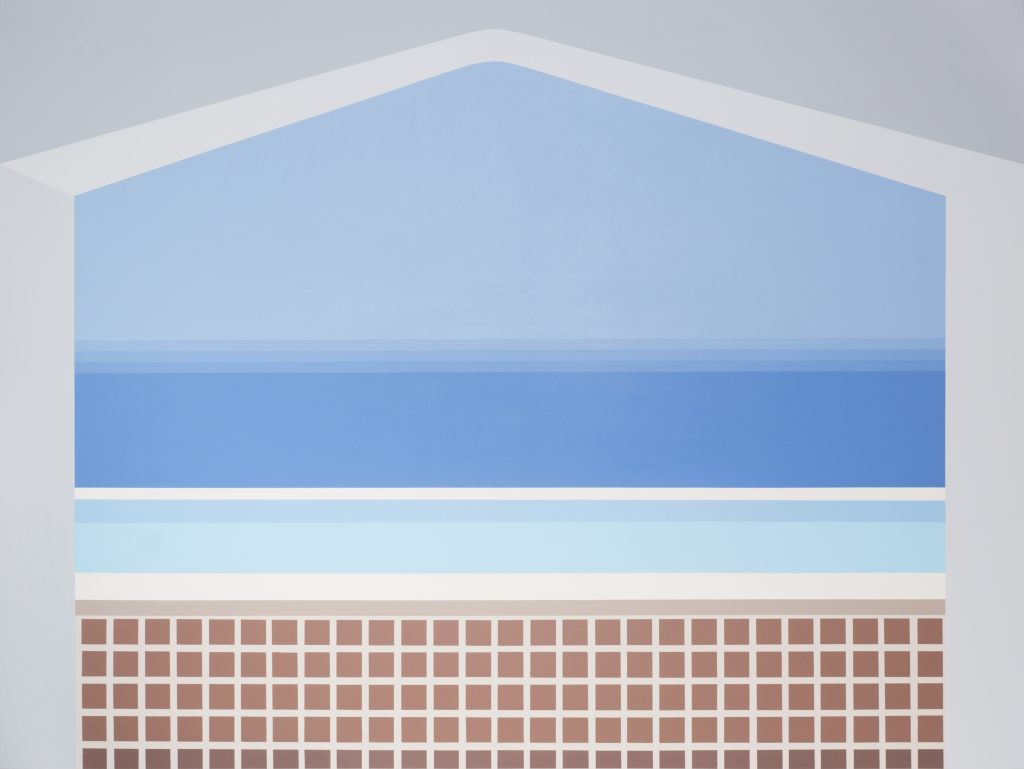 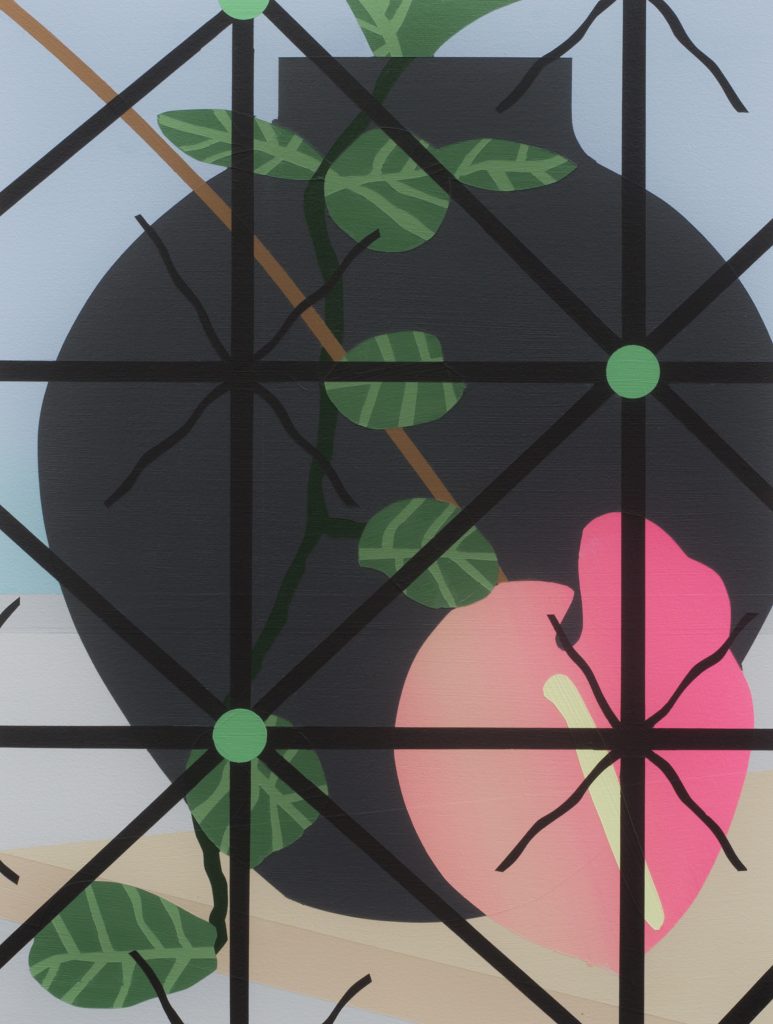 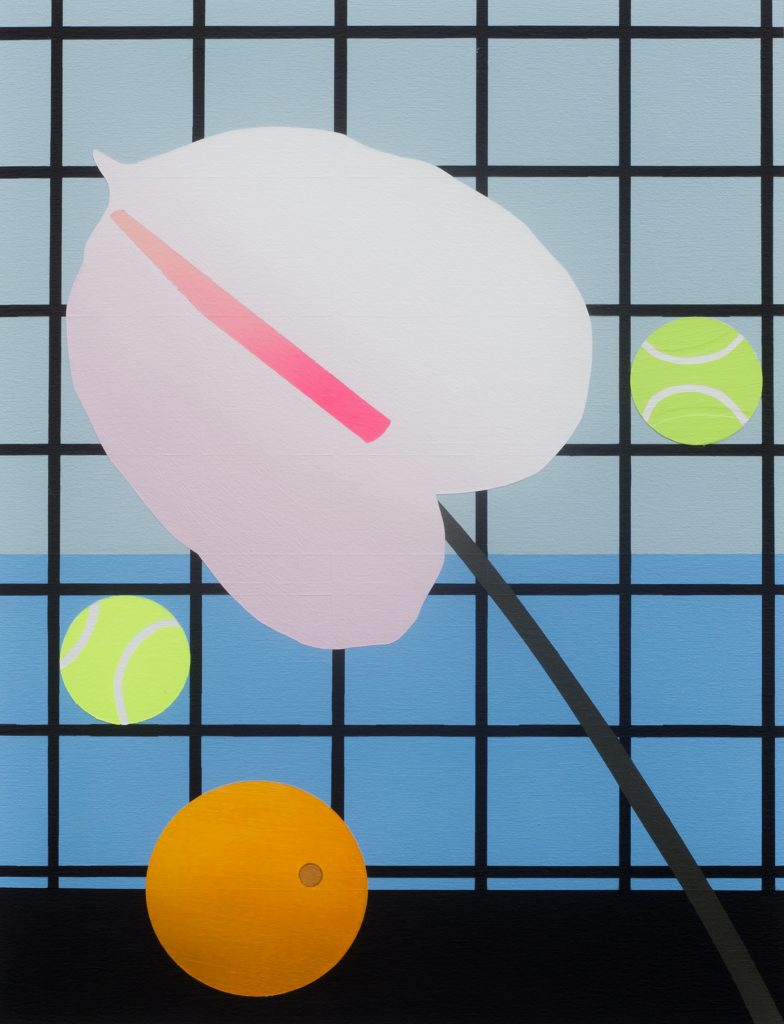 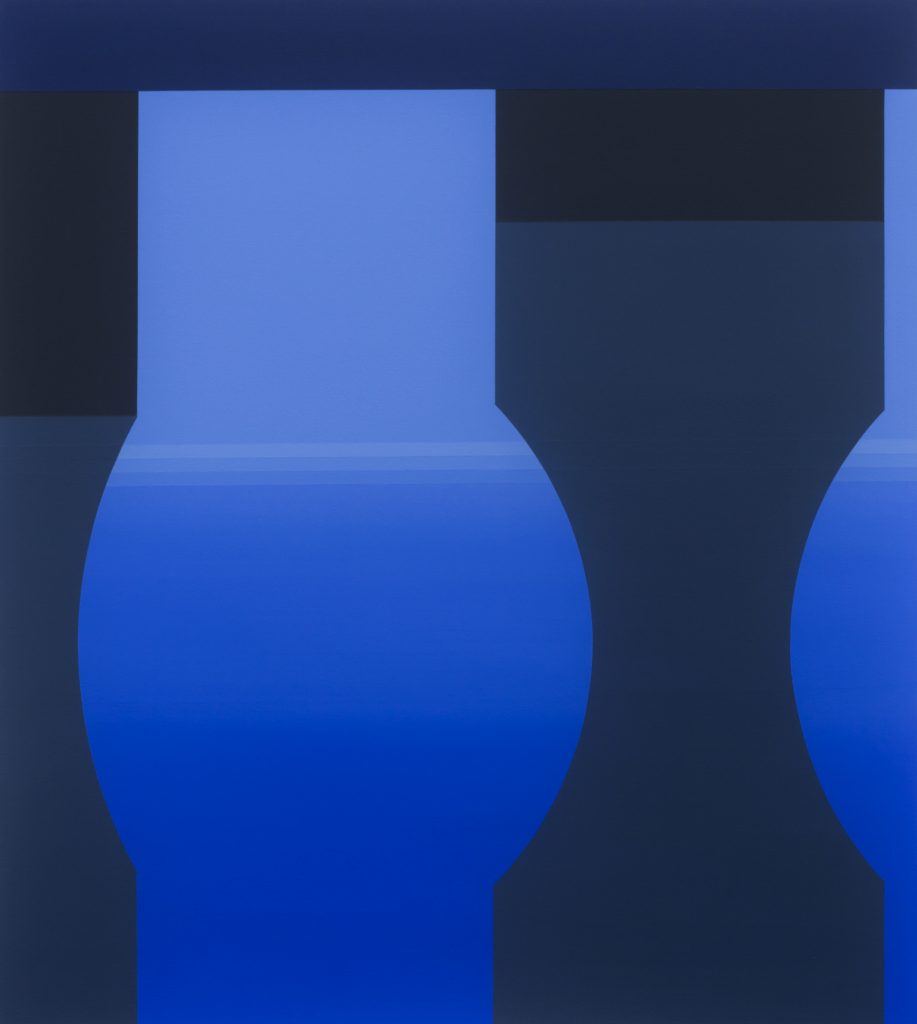 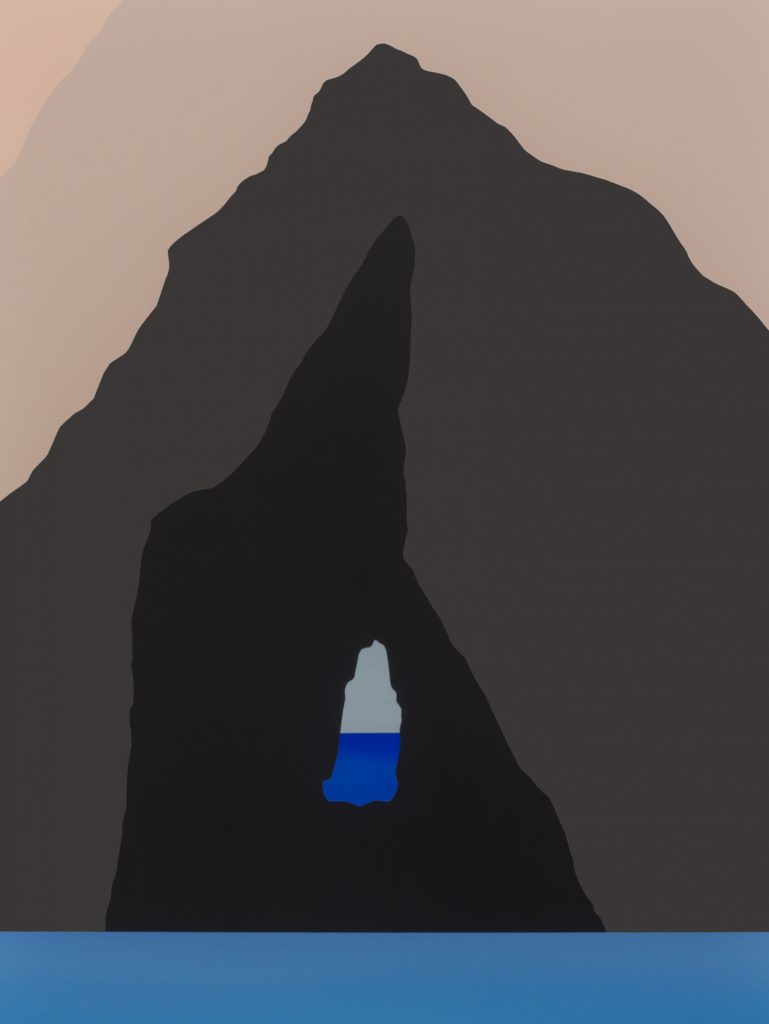 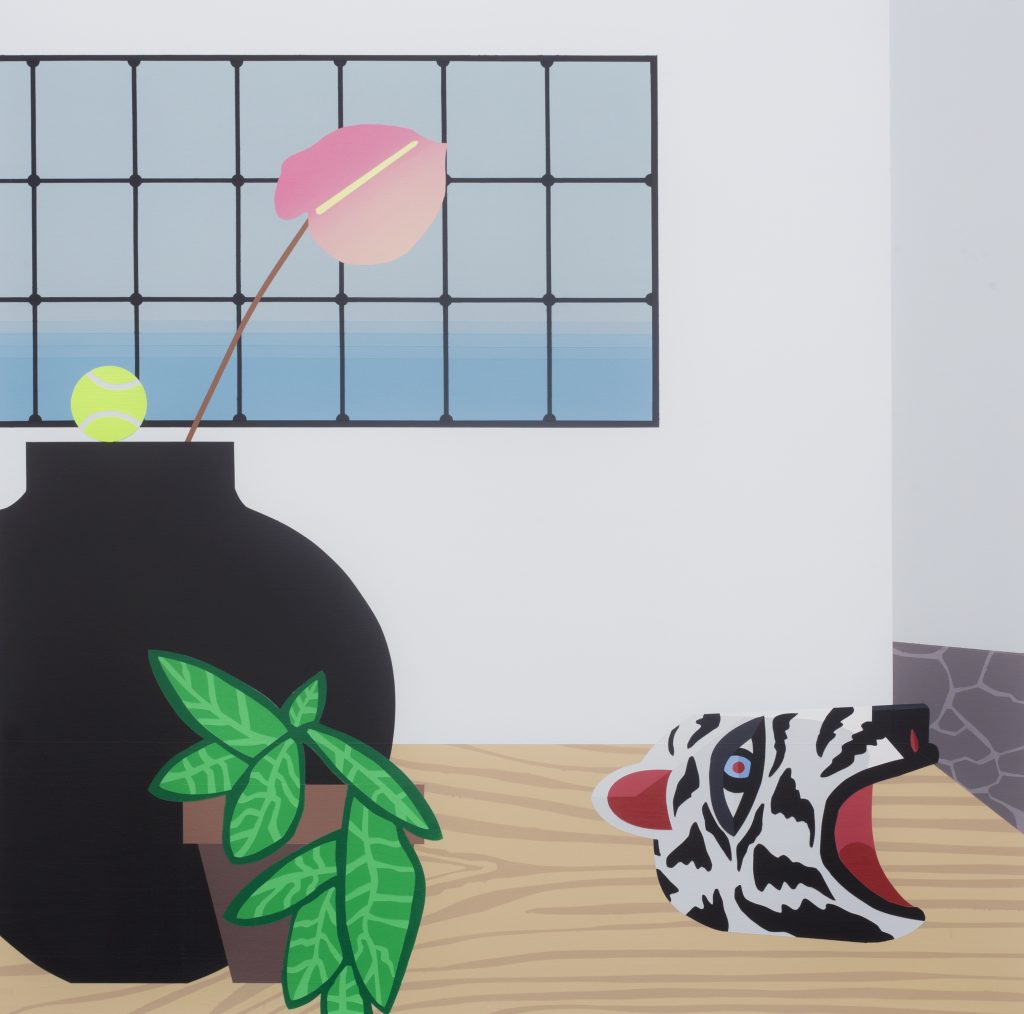