Praxis is pleased to present Fish on Land, the solo exhibition by Alex Sheriff (b. 1988, Canada).

Using the remixed language and forms of natural sciences and natural history, Fish on Land loudly celebrates moments in the vast story of our planet – from life-giving/taking volcanic eruptions, to the first fish on land who would go on to become amphibian and reptile and bird – it clumsily strives to be inclusive of all species and matter in this retelling. A new droopy, fluid mythology formed through biology and geology is an ode to the planet, but hand-painted and placed by human hands, it can ultimately only be for human consumption. Though the plants, rocks, animals and other subjects of these creation, survival, transformation and extinction myths will not know their place in them, there is beauty and purpose in the failure of these man-made codes of science and painting. The impossibility of trying to communicate a mythology to non-humans leaves us in an abstract space like a fish on the beach, comical and juvenile, but in turn creates a strange world that is the first step on an evolutionary path to being truly connected to the planet and it’s history. 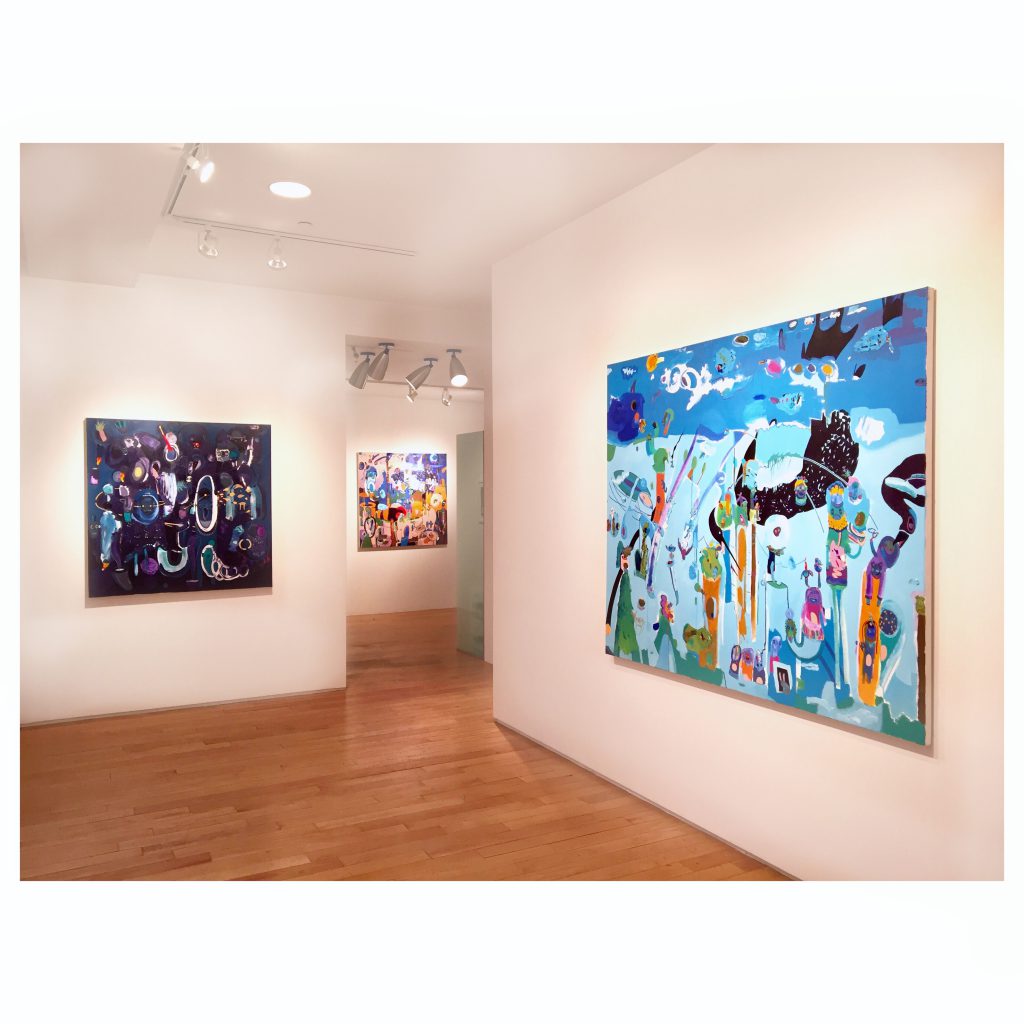 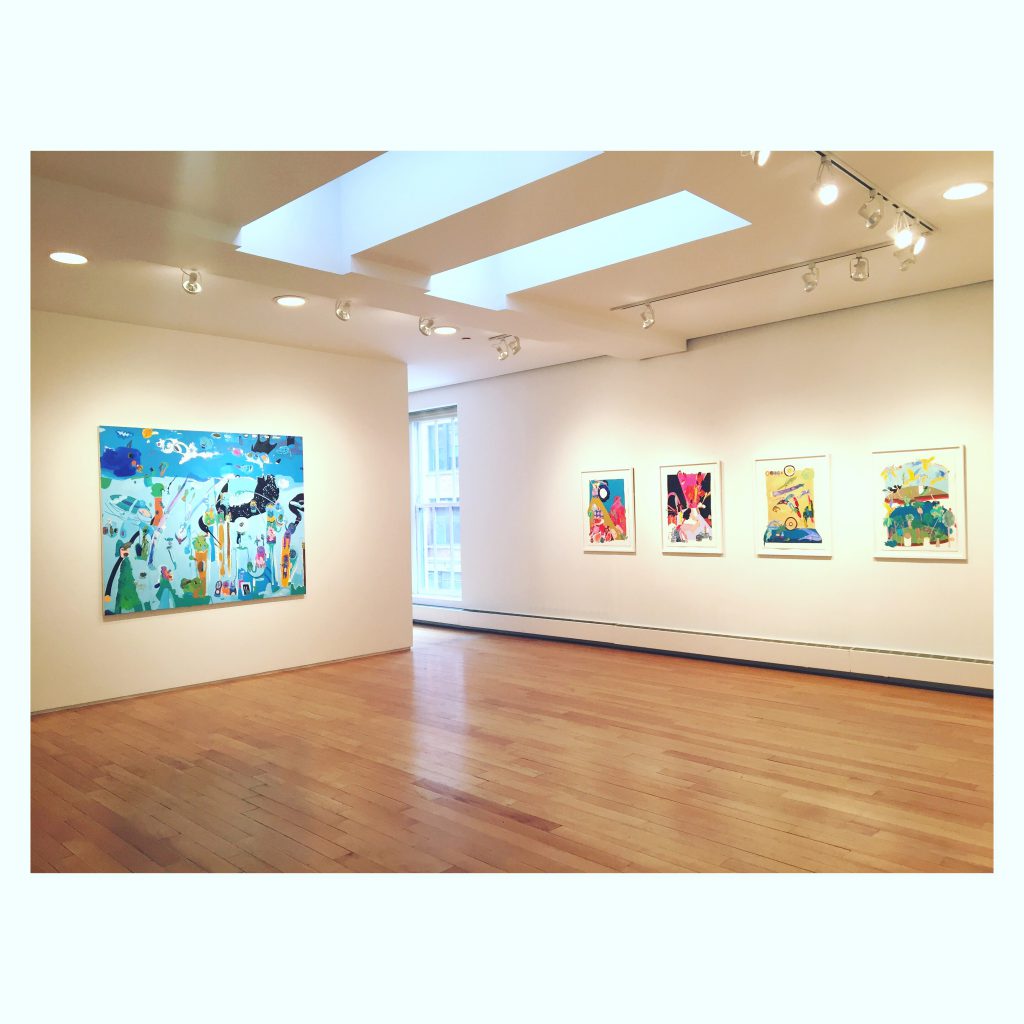 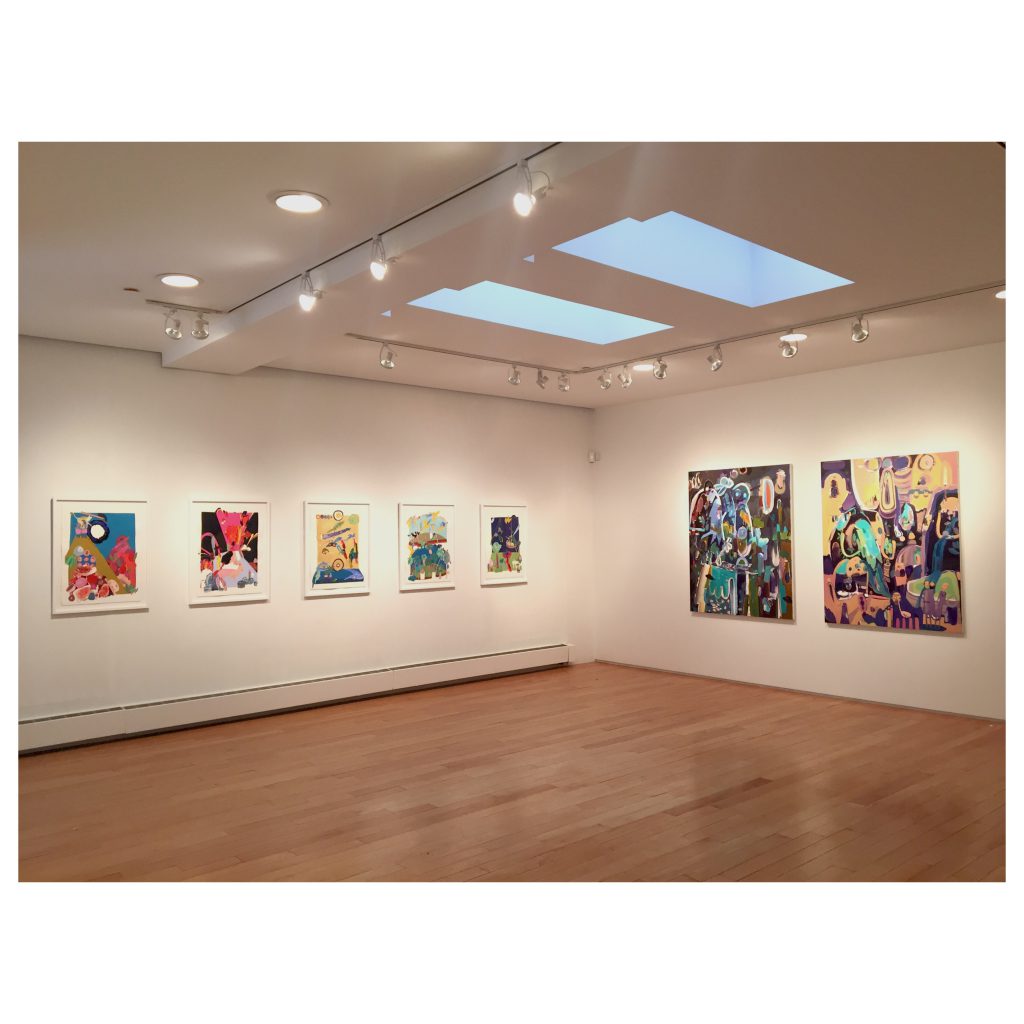 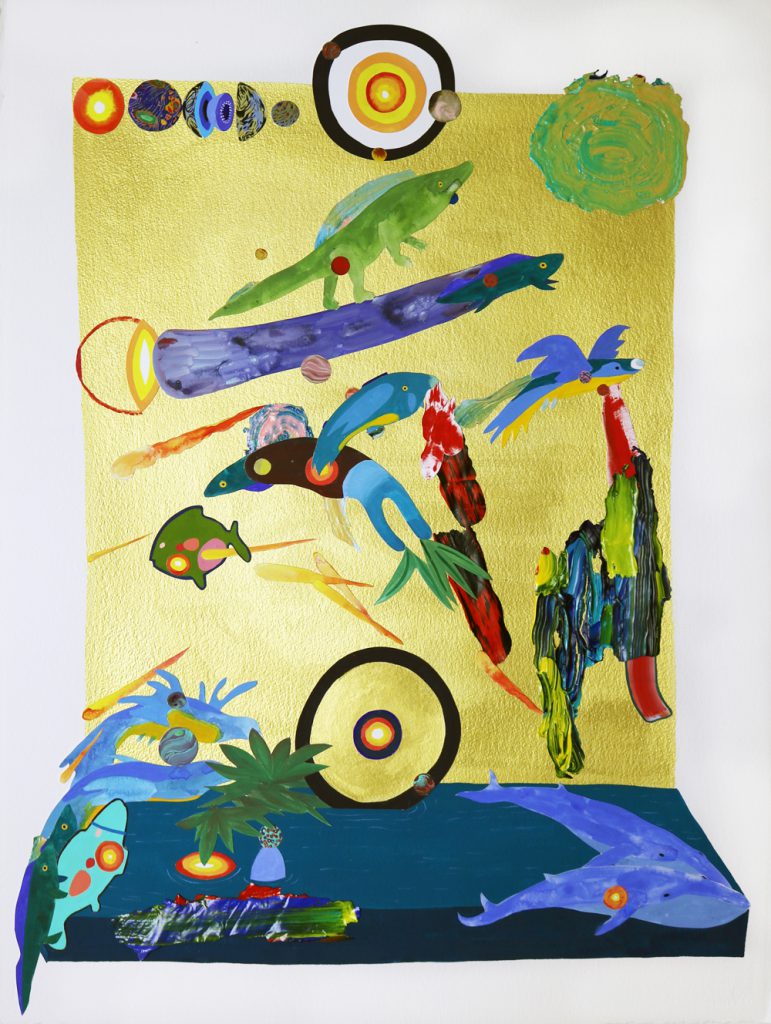 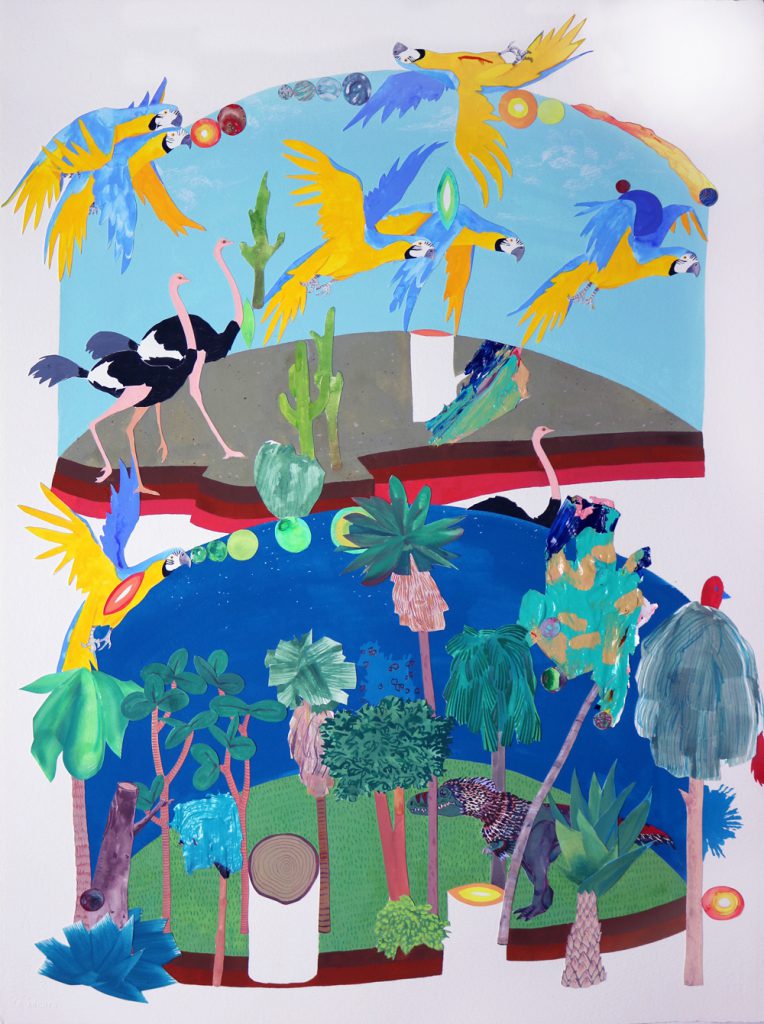 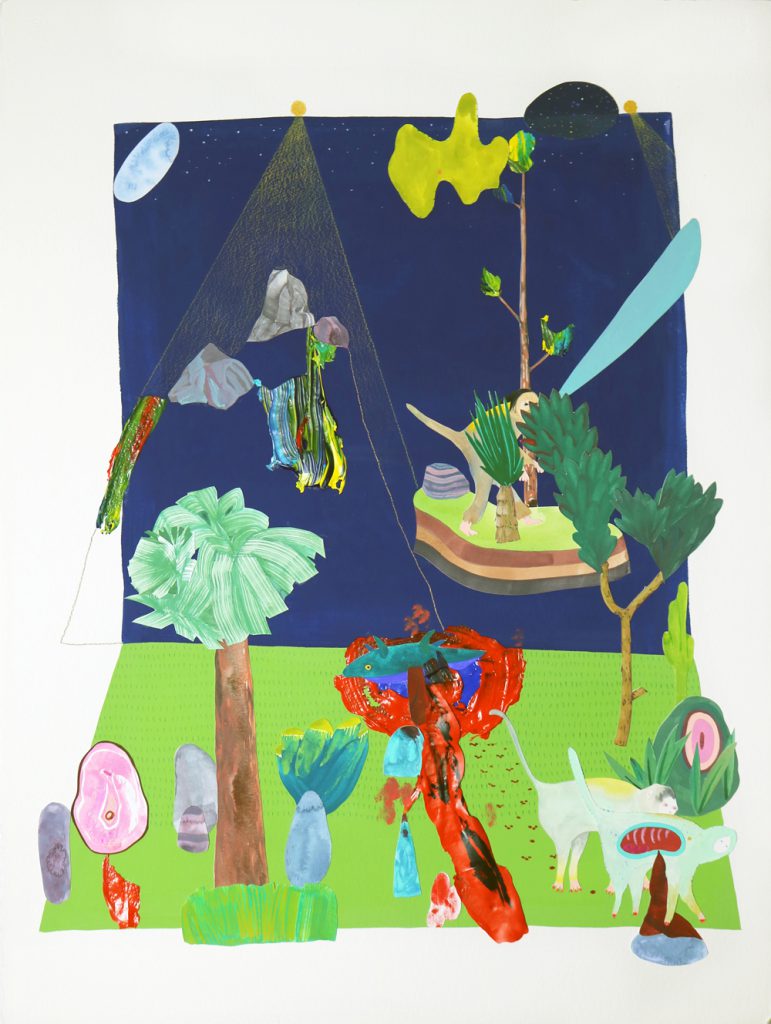 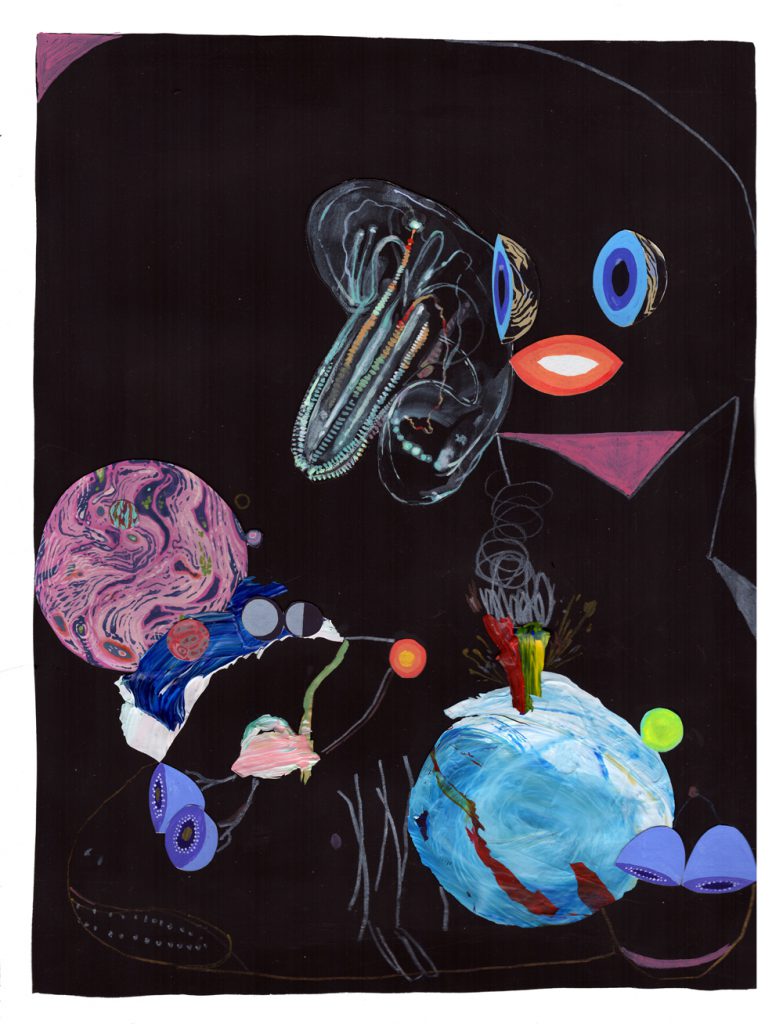 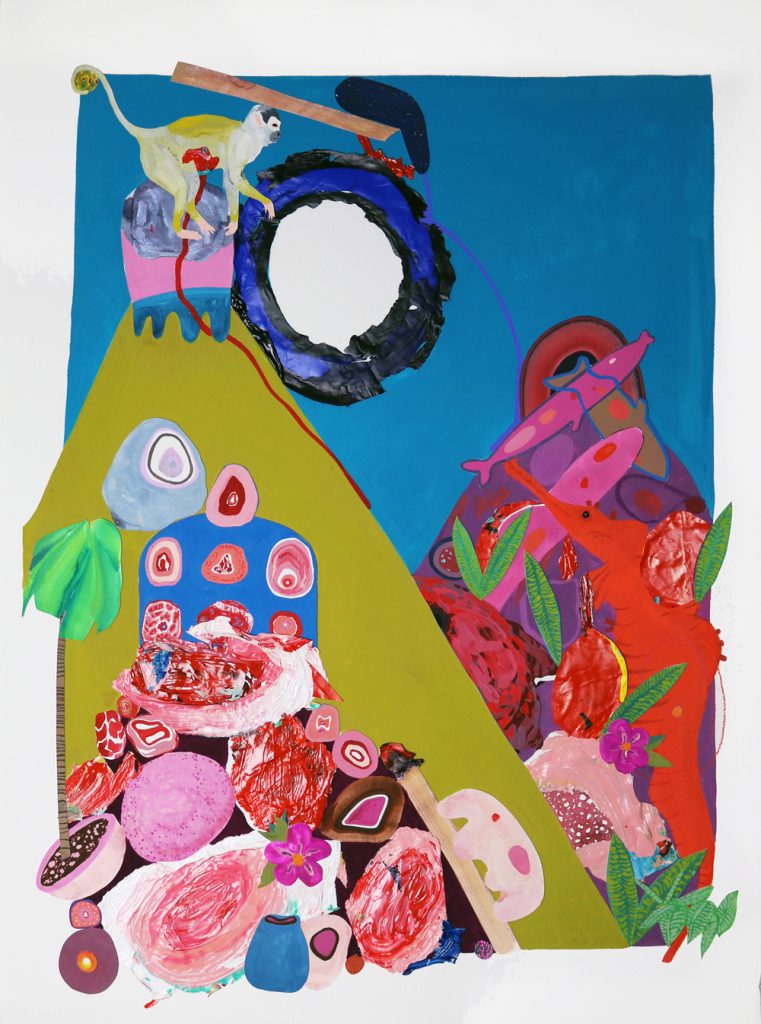 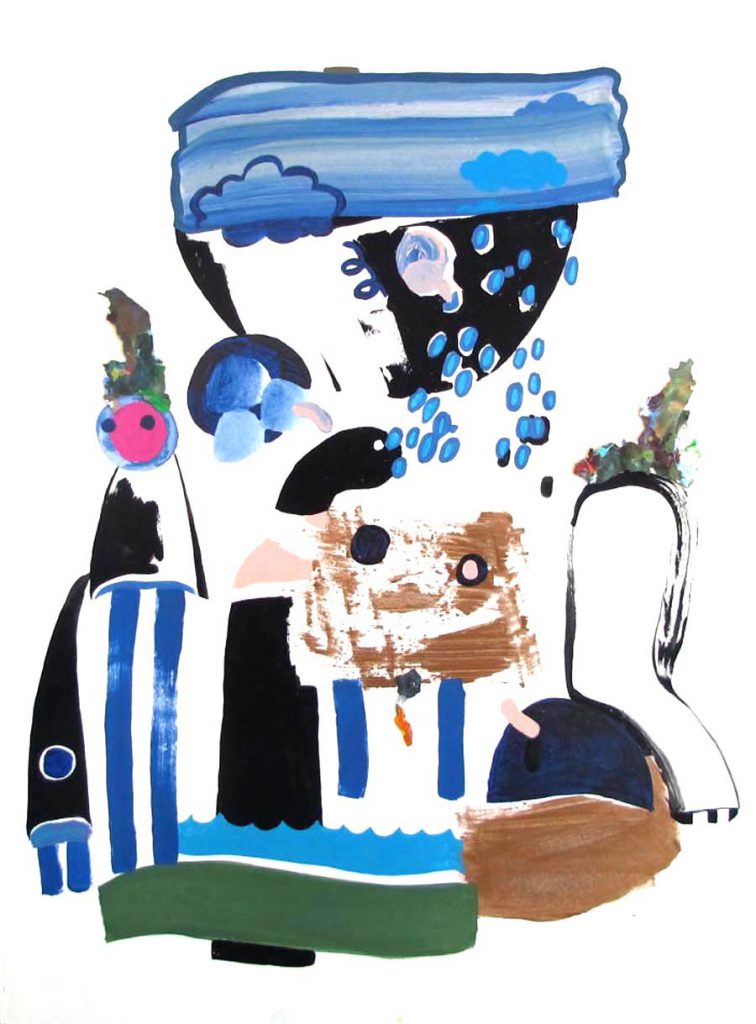 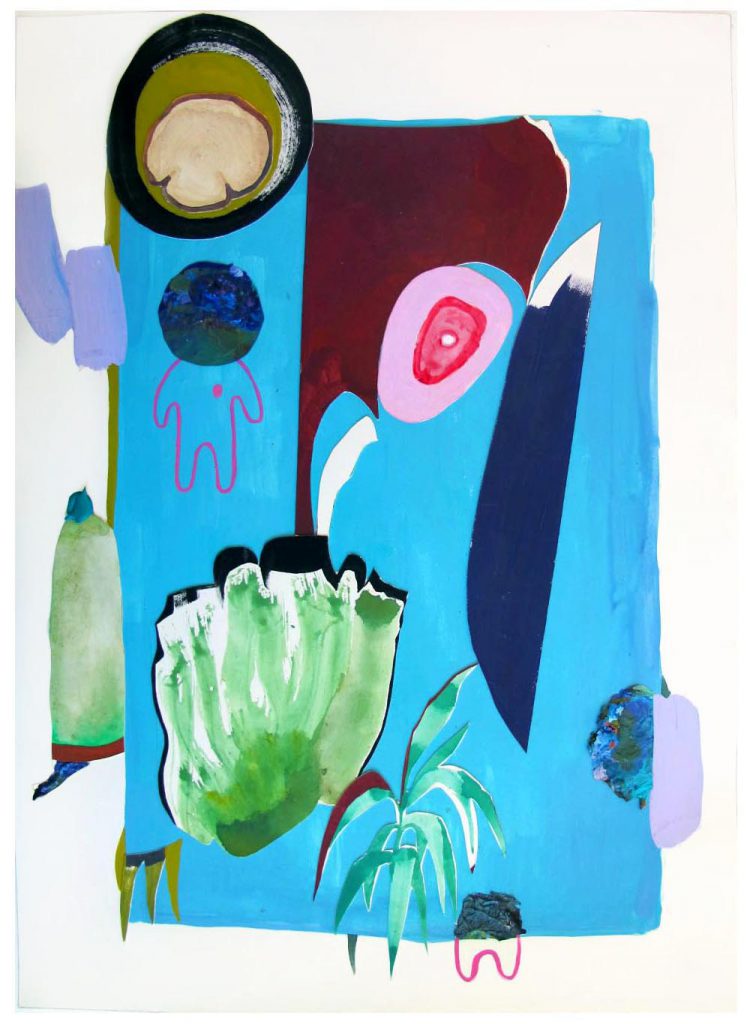 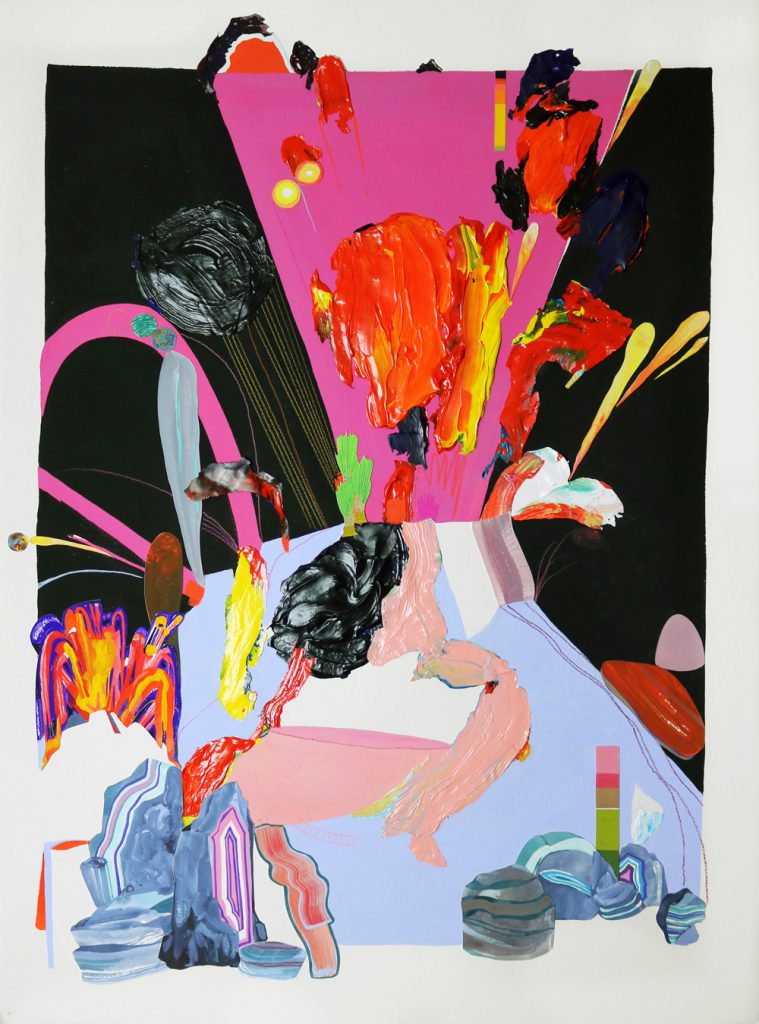 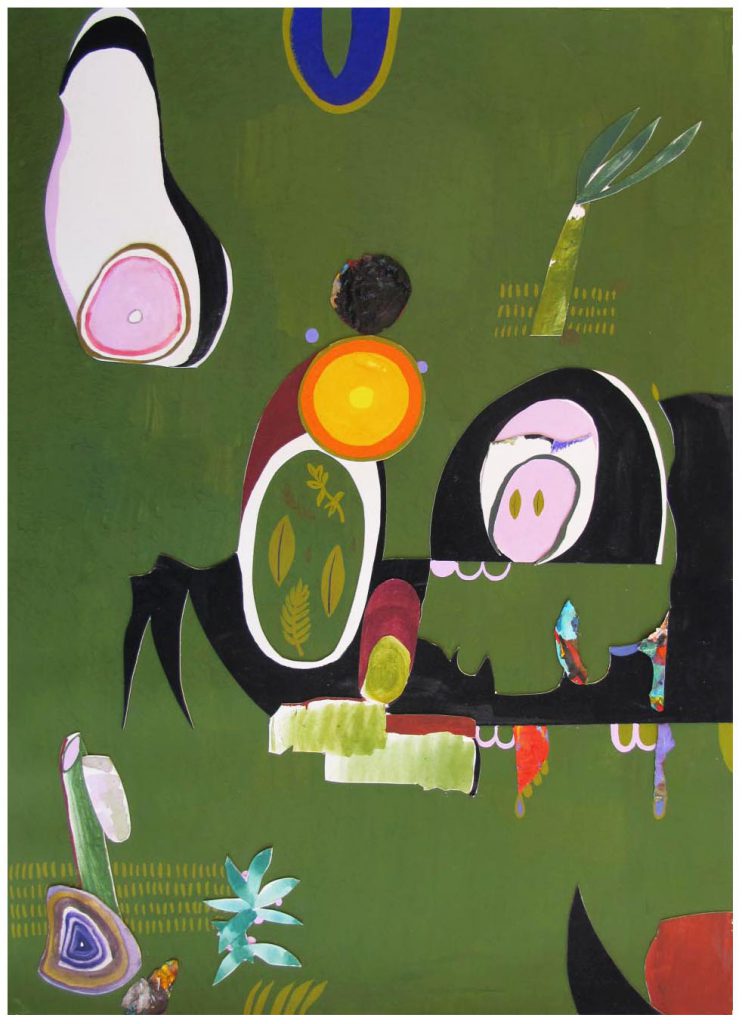 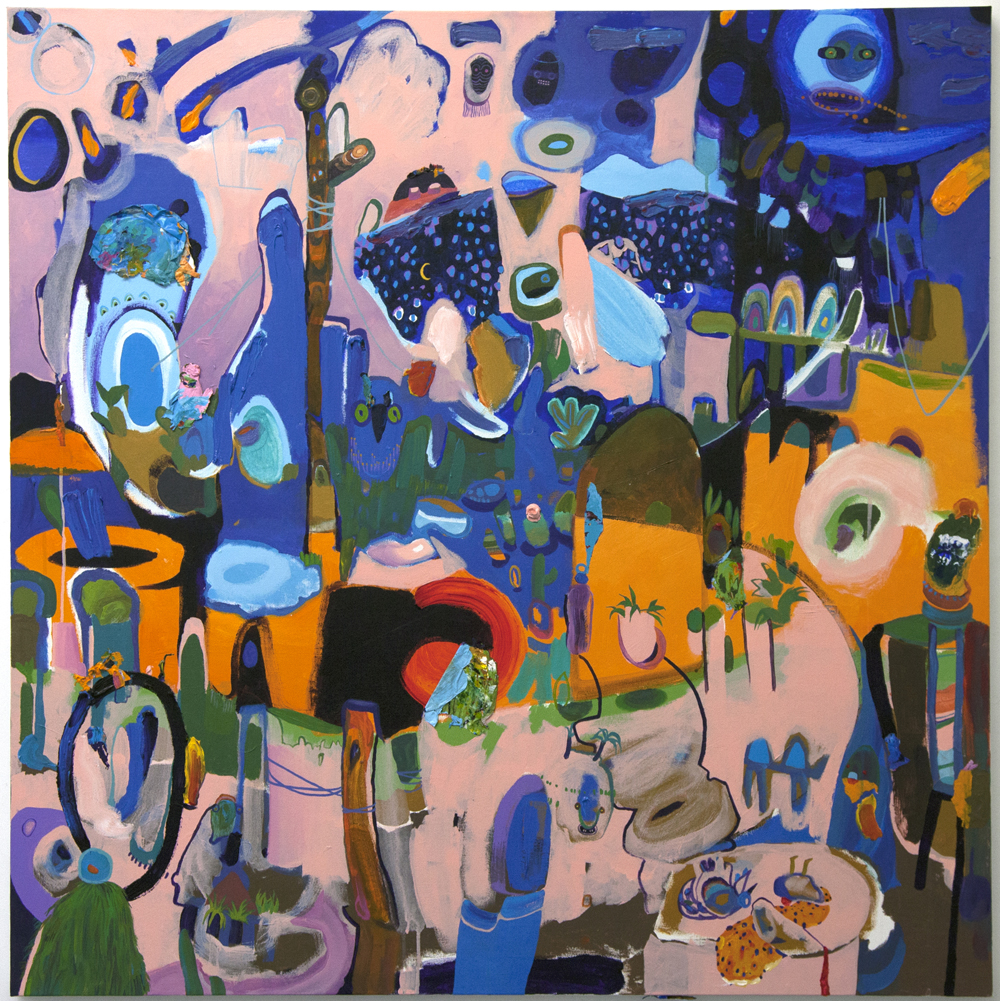 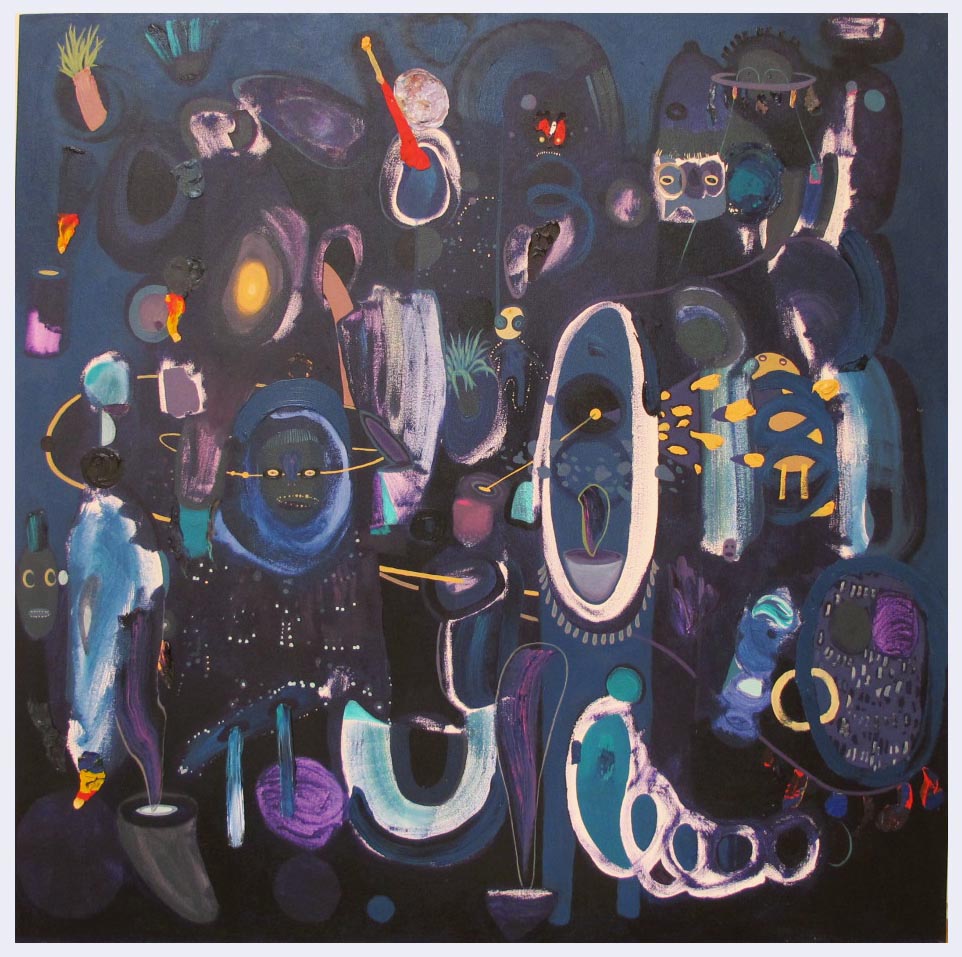 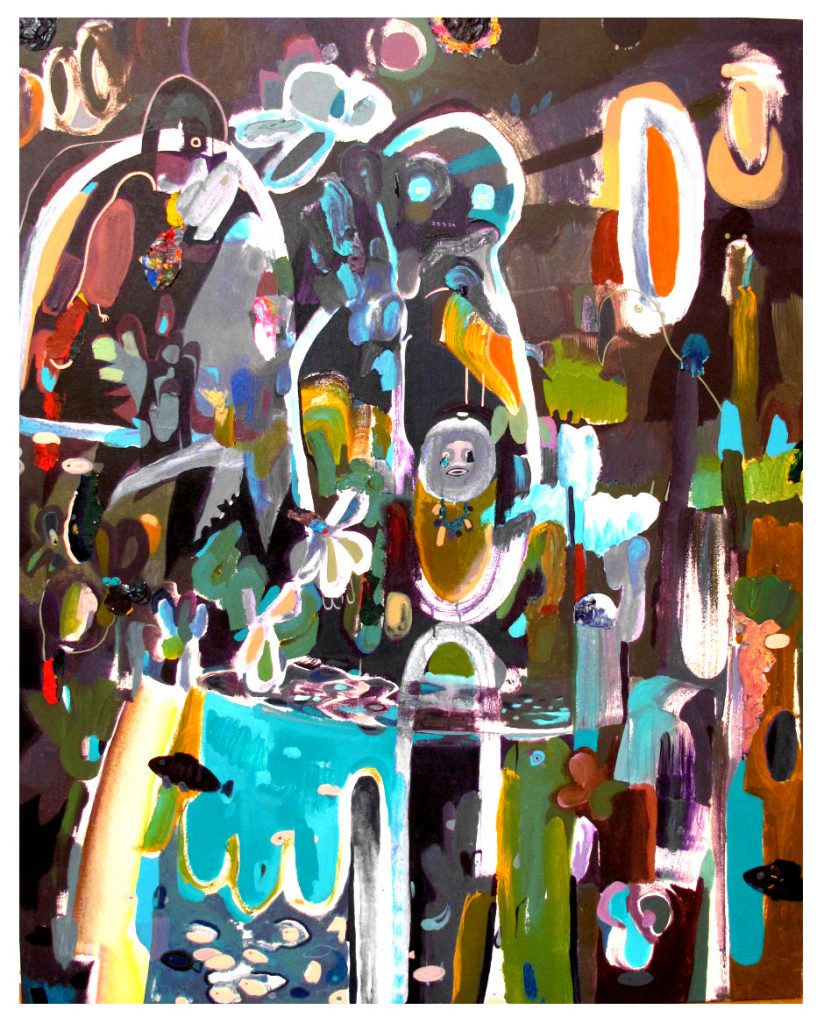 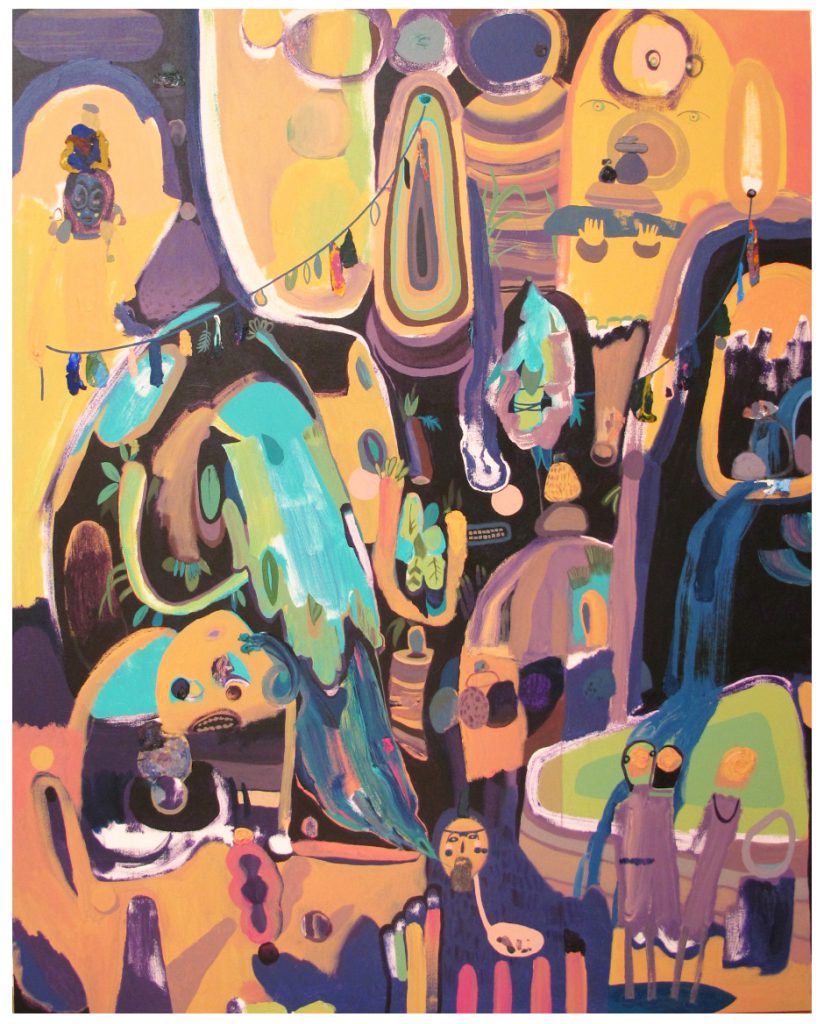 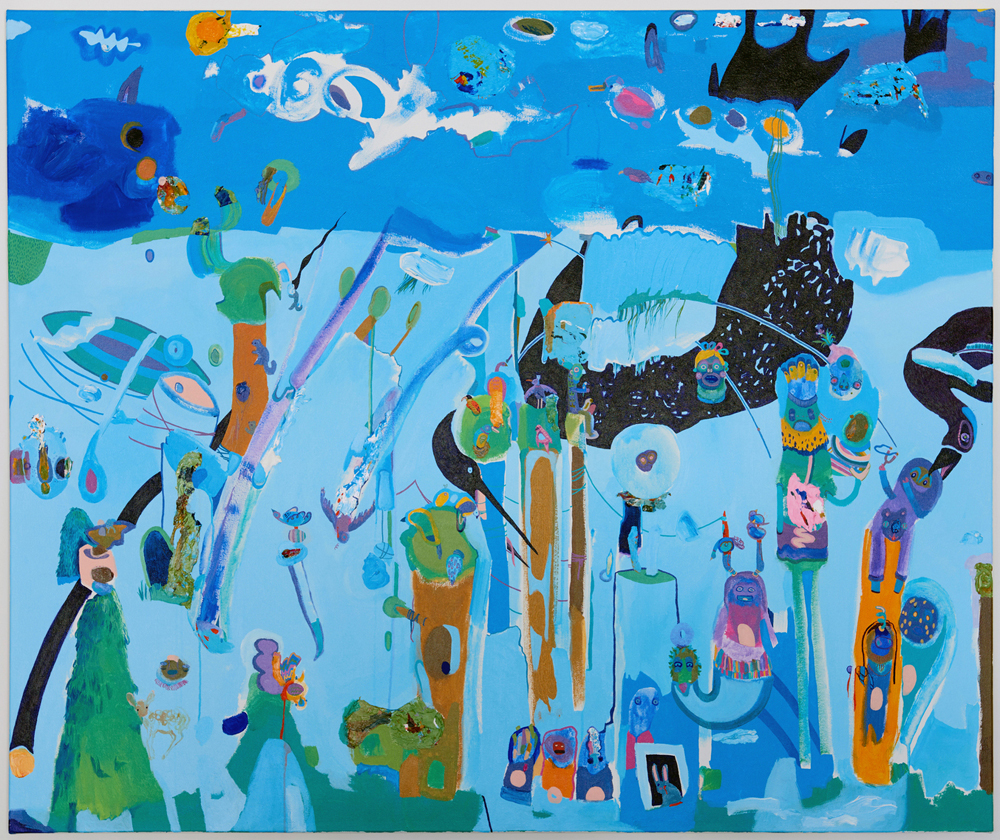