PRODUCTION OF COMPLEXITY AS AESTHETIC EXPERIENCE

Alejandra Padilla entered the public sphere of Argentinean fine arts by taking part of two group exhibitions in 1994, (I’m tempted to write ‘only’) eleven years ago. She has been featured in many group exhibitions and six solo shows since then.

She has become increasingly and deservedly renowned through the years. The aesthetic strength and the for- mal power of her works in relation to their unusual elaboration process “without a single drop of paint” have been widely praised. Fragmentation, by cutting off high resolution photographs –usually taken from the field of fashion and luxury print journalism media–; multiplication by photocopy of those fragments; composition and in many cases photocopy of photocopies of specific modules; glued those elements on a canvas base, all through a man- ual technique that requires extreme thoroughness in conjunction with a massive amount of patience. The percep-tual contact with her works and the resulting aesthetic experience do not allow the recipient to foresee in its en- tirety the industrious effort that leads to the final outcome. Each one of the works, of course, can lead to diverse interpretations, that would be other perceptual hypotheses; and the names that the artist gives to them will tend to stimulate or to advise against one reading or the other.

But all these things are, so to speak, of a technical order. The interest that Alejandra’s work has stirred in me since many years ago (an interest that finds the expression of a well deserved punishment in this text for her sev- enth solo exhibition), does not relate to the duly technical side of her work. I say duly technical, because I think that the essence of her work has little to do with what the concept of “collage” means in the history of fine arts. “Col- lage” here is a laborious artisanship craft that behaves as a doorway to a radically new conceptual and aesthetic world (precisely, both adjectives are inseparable here).

In 1975, a French scientist named Benoît Mandelbrot published a book called Les objets fractals, forme, hasard et dimension. A second book, published in English in 1982, would be more overtly titled: The Fractal Geom- etry of Nature. Alejandra Padilla was fourteen years old in 1975 and anyway, not her, nor anybody could know that a quite eccentric French scientist –at odds with French mathematical tradition, relocated to the United States– was starting to formalize models that would express one of the key features of the work that an Argentinean visual artist would start to develop twenty years later.

In time, fractal geometry has become one of the focal points of what many consider a change of paradigm in contemporary science: the theory of complexity, aimed at understanding the emergence of chaotic phenomena such as turbulence, whereas a determinist system is sensitive to initial conditions. The theory of chaos these days has developments and applications in Mathematics, Physics, Chemistry, Biology, Meteorology, Economy and will surely have, in due time, in Social Science.

I am convinced that communication systems are complex systems far afield from equilibrium, where an im- perceptible change in initial conditions triggers massive differences in the ulterior status of said system. But this kind of intuition is, at the moment, impossible to formalize in Social Science. It can, indeed, generate aesthetic experi- ences such as the ones Alejandra Padilla accomplishes. It is not casual, for instance, that certain textures become perceptually unstable in some of them.

How are the fractal objects that express, for example, the secret order of what looks at first sight untidy, ir- regular, asymmetric, turbulent, as the flow of a river, a tree in the wind or the waves that die, once and again, at the beach, made? With two very simple rules: recursion, according to which any piece is a lesser scale replica of a bigger figure, and iteration, that is, repetition. These two rules are at the basis of all of Alejandra Padilla’s poly- scopies.

There are many fractal objects in Nature, the usually mentioned clouds, snowflakes, continental coastal lines, mountains, among them. But also living beings’ tissues, whose structures are defined with great accuracy by frac- tal geometry. It is not a case about Nature having a fractal structure or not; fractal geometry is inseparable from human perception and cognition. There is a common element in all visual representations of fractal objects: their unsettling beauty. This can perhaps be understood. Given that it is all about representing, in a two-dimensional space, structures that imply a space = ∞.

Fractal objects are not only found in Nature. Peirce’s Semiotics is one of the few fractal theories I know. Ac- cording to Peirce, all sense in human communication results from some combination of three unique operations, that Peirce calls firstness (production of subjective qualities, imagery, emotions); secondness (production of facts), and thirdness (production of rules and norms). In an operation, we should be able to differentiate the operator from the operand. Which operands do firstness, secondness and thirdness –the basic operations of human semiosis– fall upon? The same three things: qualities, facts and laws. We have then a matrix of nine boxes, crossing the three operations (qualifying, factualizing, legislating) with the three operands (qualities, facts and laws). What is there in- side each of those nine boxes? The same grid, in a smaller scale, with the same nine possible combinations. The same structure in different scales of observation, an essential trait of fractal objects.

Alejandra Padilla knows this. She does not say it, she makes it and she submits it to our experience.

Not everything is polyscopy in Alejandra’s work, as not everything is fractal in the Universe. Fractal geometry does not invalidate Euclidean geometry or Newton’s Mechanics. Planetary orbits do not constitute a complex sys- tem (even though it seems that asteroids have a chaotically variable orbit at certain so called “resonant” areas in the asteroid belt between Mars and Jupiter). Sense is only constructed by difference, and in the case of Alejan- dra’s technical framework, the pieces that could be considered more “figurative”, closer to the traditional idea of collage, are, in my opinion, essential moments.

I think right now as I write these lines I have started to understand the fascination that Alejandra’s works have exerted on me since the very first time I got acquainted with them. The human mind, as Gregory Bateson said, is an inseparable part of Nature. Paradoxically, the extraordinary final complexity of any being is the long-term out- come of a simple rule of repetition. It is a well known fact that the only thing genes care about is iteration: replicating, replicating, replicating. As there are always unnoticeable differences in the initial conditions by mere chance, we have an extraordinarily complex universe.

We shouldn’t consider this as an utterly “intellectual” issue. If communication as a whole and art communi- cation in particular are chaotic phenomena, that is beyond equilibrium, and they are sensitive to initial conditions, then emotion is inseparable from concept.

I almost forgot: the weave of fibers that convey electrical impulses to the heart is based on fractal geometry. 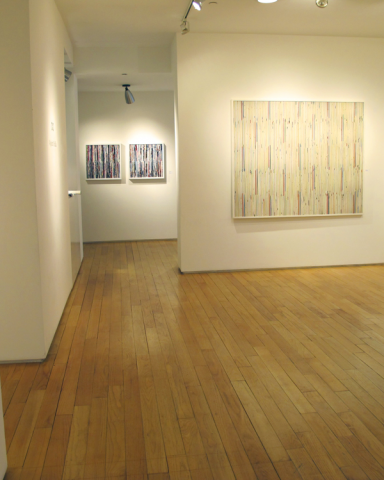 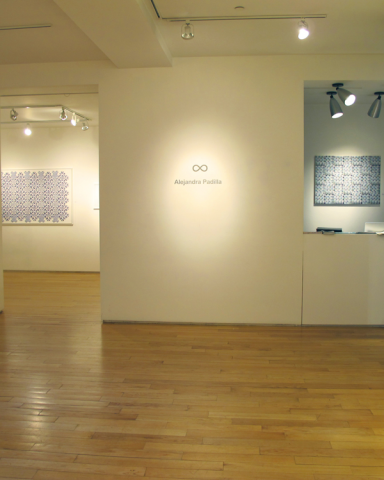 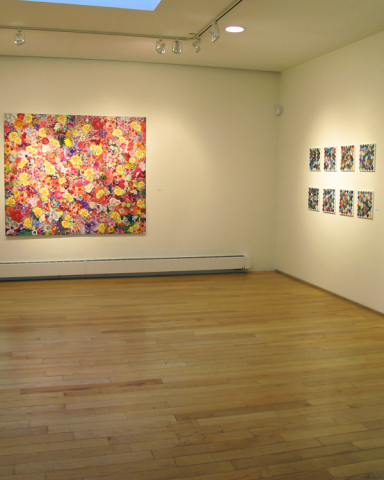 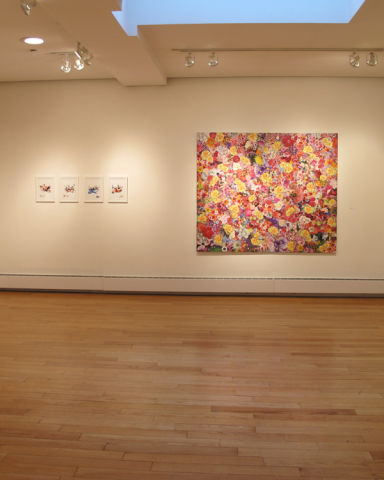 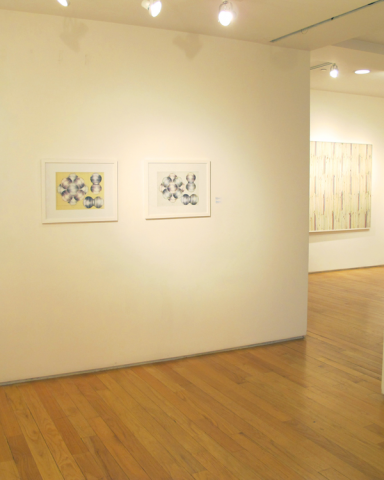 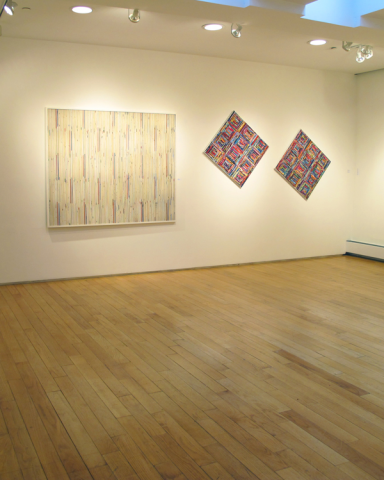 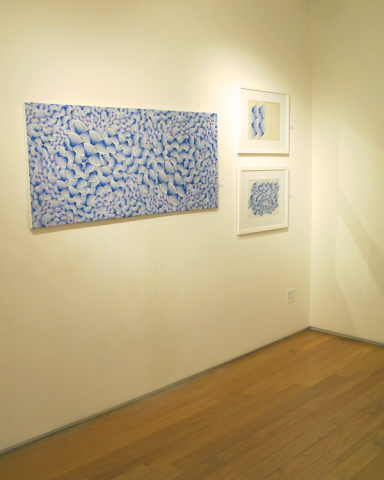 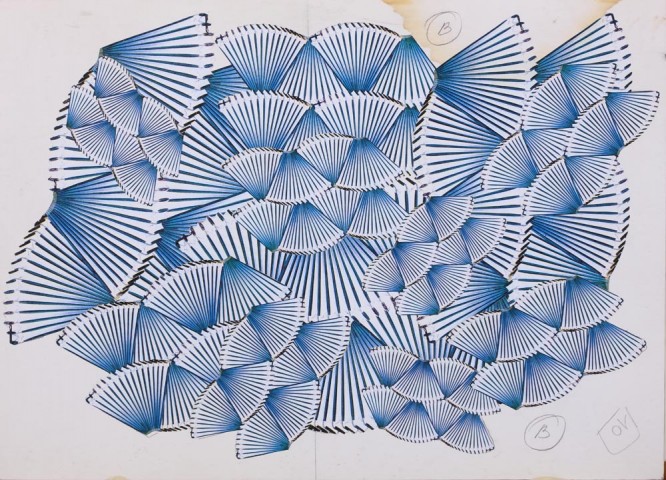 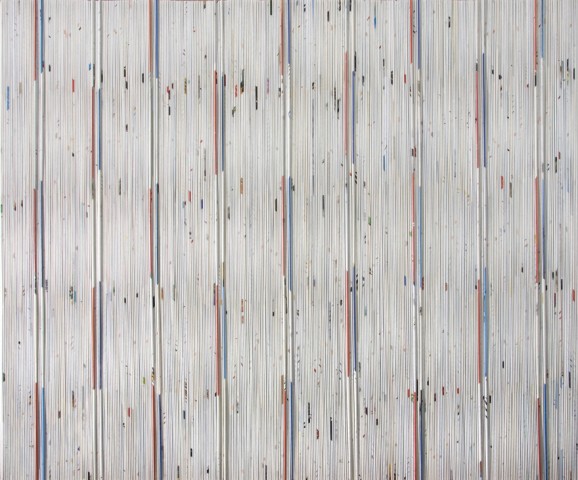