No man is an island” By Victoria Verlichak

There are no men in these vaguely defined territories that float, mostly, in the center of Agustín Sirai’s silent works, nor are there any in his careful paintings of flowers that fly, uncertain, into infinity. There are, though, inadequate traces of a presence that erected a wall on which someone drew jumping dolphin. The perspective of the islands imagined by the artist combines time past, present, and future. A circular action with no beginning or end ensues in an almost phantasmagoric setting. Something has happened, is happening, will happen in those suspended and—perhaps—drifting islands. Nothingness is a latent threat but—in patent contradiction—a great deal remains in these paintings that linger lovingly on the details. Whether as forgetfulness or burst of solitude, absence is a powerful apparition in these works. Some of them describe the advent of a winter that kills off colors and leaves the ground barren with sad trees that, stripped of foliage, dissolve into the mist. The idea of borderline or divide is instilled by that almost surreal brick wall that prevents vision beyond. Despite these desolate views, the works suggest eternity and proclaim life as well as extinction and division. The solitary clusters that, in another oxymoron, the artist creates could well be seen as metaphors for complex and contradictory human relations. Regardless of the artist’s intentions, the paintings may act as a call for attention. After all, as Metaphysical poet John Donne says: “No man is an island entire of itself; every man is a piece of the continent, a part of the main; […]; any man’s death diminishes me, because I am involved in mankind. And therefore never send to know for whom the bell tolls; it tolls for thee. ” (Devotions upon Emergent Occasions -Meditation XVII, 1624). 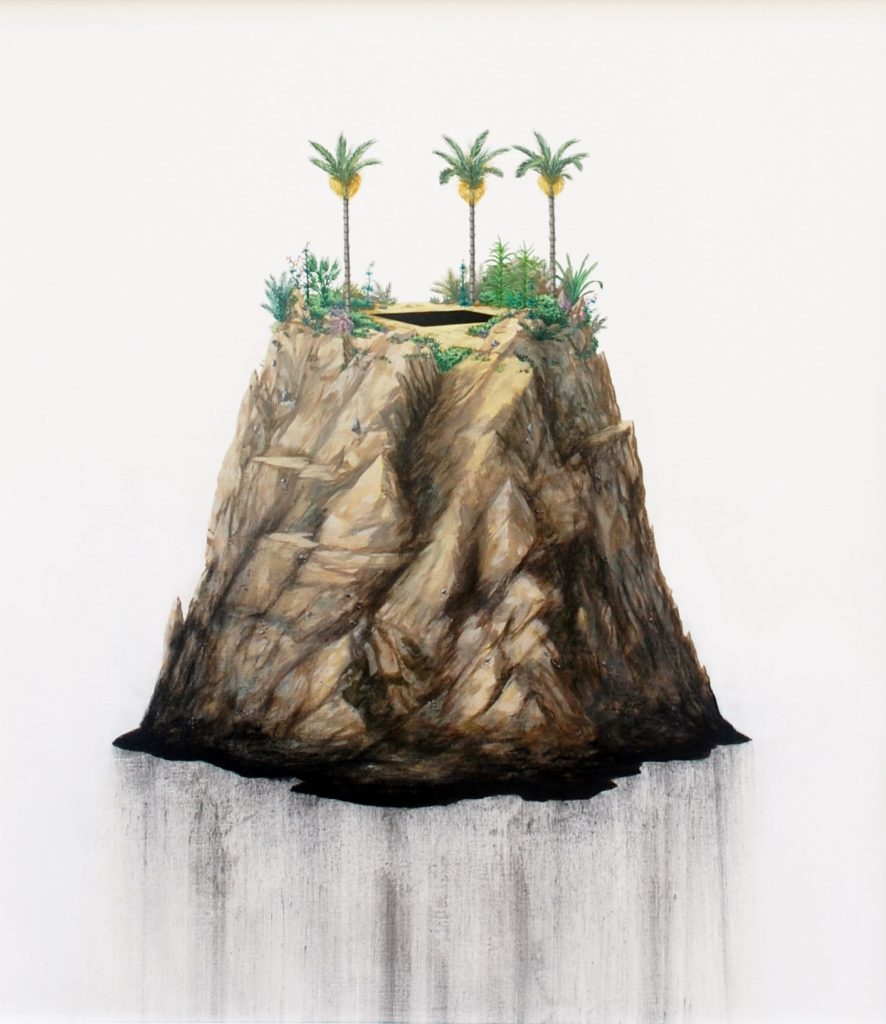 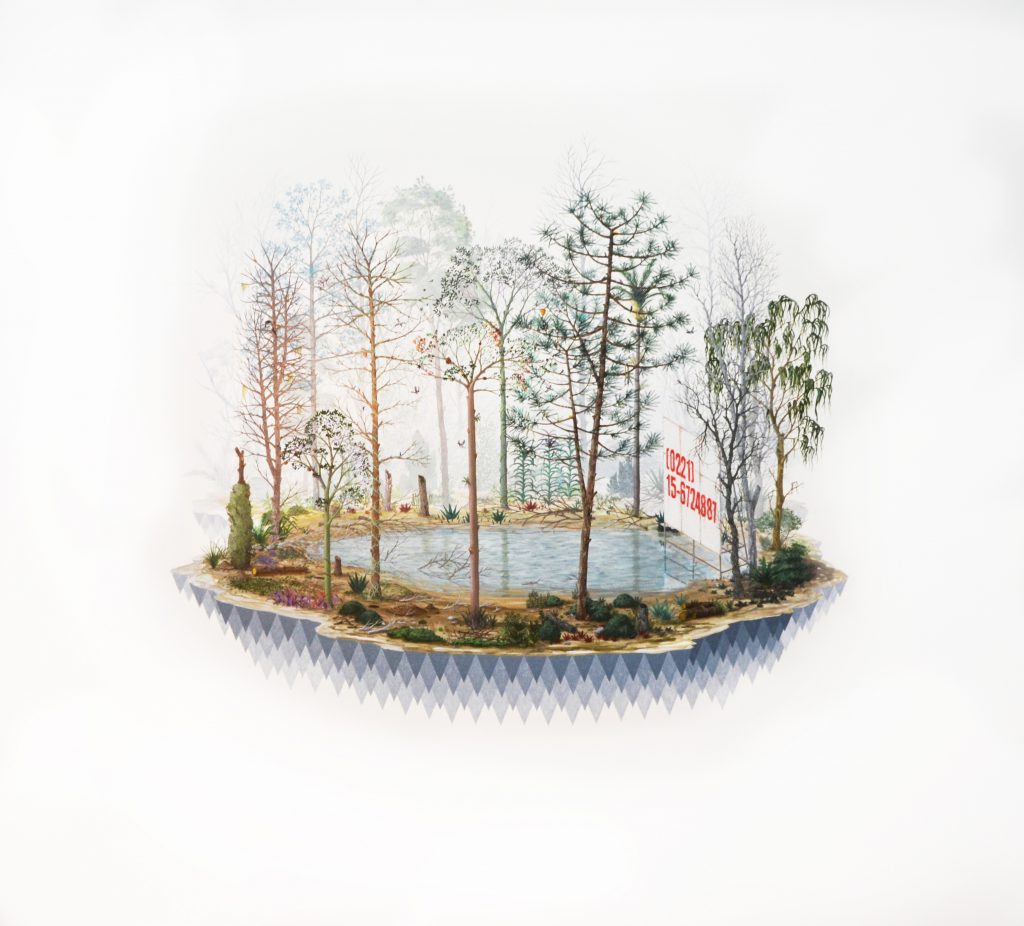 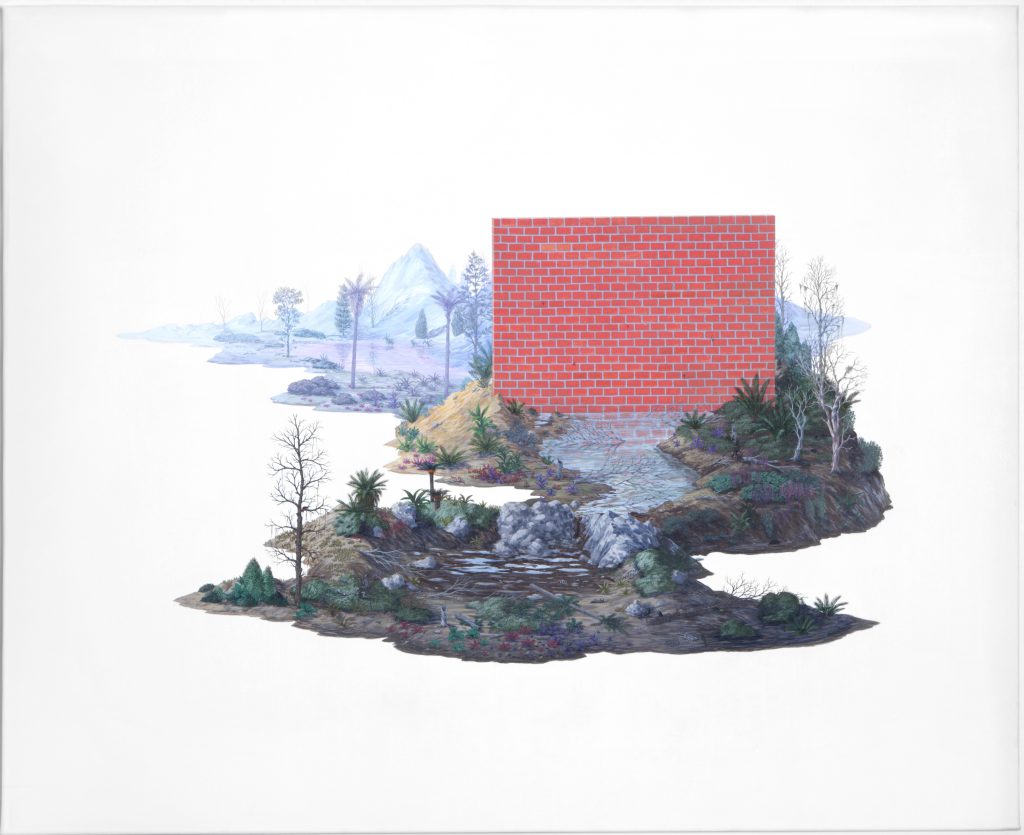